Jane Hardy decides to stay the summer in the house her aunt left her when she died, to try and recover from a bad divorce. She had no idea her aunt practiced witchcraft and the mere mention of her name is met with fear from the town’s citizens. As soon as she moves in, she is haunted by a old black hearse and it’s creepy driver. Is she going insane or is she truly being menaced?

When I first approached the task of watching “The Hearse” I thought I would be watching another of those “Evil car” movies. Something like “Duel”, “Maximum Overdrive” or the best (In my opinion) of that particular sub-genre, Elliot Silverstein’s “The Car“. Of course my luck being the way it is (Bad) it really isn’t anything like those films at all, but does that mean I wouldn’t like it? Well…..let’s keep reading this review shall we?

Starring the comely Trish Van Devere, “The Hearse” is about Jane Hardy & her effort to recover from her recent divorce. Part of her plan is to move into a house that her deceased aunt left for her after she passed away. Unfortunately her aunt practiced satanism and was feared & shunned by the local townsfolk because of her beliefs and Jane knows nothing of her late aunt’s private life. On the way to her new home she sees a large hearse behind her and whoever is driving it doesn’t like Jane too much as it tries to drive her off of the road. She manages to escape and eventually arrives at her new home in one piece. 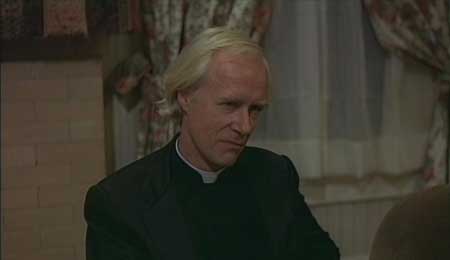 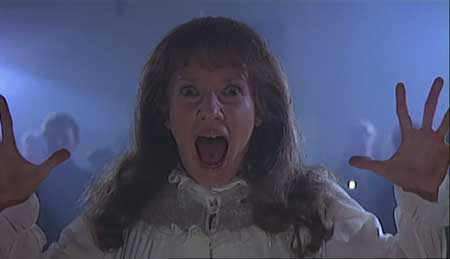 Once she arrives she finds the house needs some minor repair work done and thinking she might be able to sell the home she decides to hire someone to help her take care of the repairs. She goes to the local hardware store to pick up some supplies and although she is given the cold shoulder by the owner (When he finds out who she is & where she’s living) she hires his teenage son Luke (Donald Petrie) to help her out around the house. Jane begins to have nightmares soon after she moves in and somebody is fond of throwing rocks through her windows late at night. To top it all off, that darn hearse keeps coming around causing her no small amount of consternation. What’s a girl to do?

Jane meets a man named Tom (David Gautreaux) and as they start to take a shine to each other the hearse still appears and still means to do Jane in by any means necessary. In addition she finds out about her aunt’s Satanic practices and her nightmares become more vivid & terrifying. Tom begins to act a bit strangely also, does he have an ulterior motive for wooing Jane? Will any of you care after thirty minutes of watching this dreck? I sure didn’t but I always hold out hope for any movie I watch, sometimes they have a surprise waiting in store for me. And there is one pretty creepy scene in the film in which we experience one of Jane’s nightmares. In it she’s entering a funeral home full of mourners dressed in black and she’s slowly walking towards a coffin. As she approaches the coffin she realizes that the body lying there is hers and it slowly sits up with it’s face frozen in a visage of fear, it’s mouth wide open, screaming a silent scream. 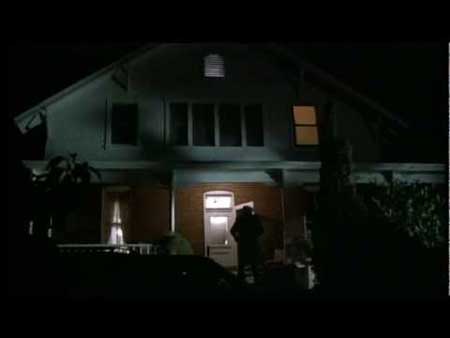 Sadly that’s the scariest scene in the film which is a shame because if the film had a few more scenes as effective as this one is they might’ve had something special here. Director George Bowers (My Tutor, Private Resort) tries his darnedest to make something scary out of the fairly ordinary script (Written by George Bleich) and he does manage to create an aura of despair throughout the film but ultimately he can’t overcome the dryness of the script. The film is slow and it meanders despite a couple of chase scenes that try (& fail) to spice up the proceedings. The first appearance of the person behind the wheel of the hearse didn’t move me either although it was supposed to scare me I suppose. It made me chuckle actually because I thought the dude looked like a mash up of Salvador Dali & Mario (Nintendo’s flagship character) and he isn’t very menacing at all.

Trish Van Devere was a fairly familiar face in the 70’s. She appeared in a series of films with her then husband George C. Scott (Day Of The Dolphin, The Savage Is Loose) that were popular at the time. She also appeared in one of the most effective ghost stories ever filmed, “The Changeling”, which also starred Scott. That film was also released in 1980 and perhaps Van Devere thought that she needed to appear in a spooky film without her husband in it to show off her chops. She’s in no way a great actress despite her haughty sounding name but she gives a decent performance here. She has one hell of a scream too which she puts to good use here as she spends a lot of time screaming as her windows are constantly being smashed to bits by someone….or something. 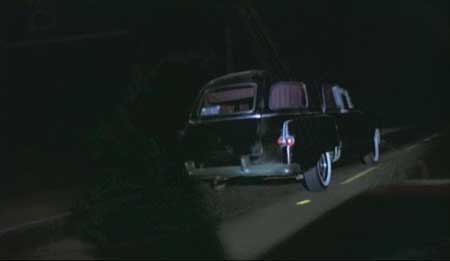 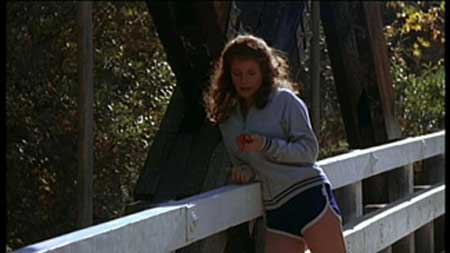 There is a subplot that deals with the crush that young Luke develops on Jane as he continues working on the house. He goes back to town lying to his friends about what’s been happening over at her house, telling them that Jane has kissed him and eventually intimating that he’s had sexual relations with her. If you look closely you might recognize popular character actor Christopher McDonald (Happy Gilmore, The Faculty) as one of Luke’s friends. This subplot felt like it was lifted right out of the film “Summer of 42” and pretty much led to nowhere since young Luke ends up dead anyway, it felt like the idea was forced into the plot to lengthen the film up a bit to me.

Tom turns out to be hiding who he really is and quite honestly the film never really tells you who he’s supposed to be anyway. I developed an idea of who/what he might be but the darn movie ended without telling me if I was right or wrong. As a matter of fact the movie just kind of ends without any real resolution, not telling us what becomes of Jane after her struggle with her stalker on wheels. I hate films that do their best to bore you and then just end, leaving the viewers cursing under their breath & scratching their heads at the same time wondering what the hell happened. “The Hearse” is one of those films. The cinematography here is adequate although there are a few scenes that made me wonder as to why the lighting seemed out of place. The musical score (By Webster Lewis) is neither memorable or spooky, it just plays innocuously in the background waiting for a chance to blare loudly when a jump scare is attempted & fails in that aspect as well. 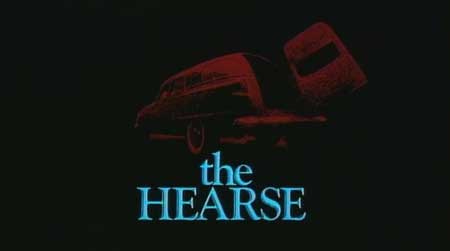 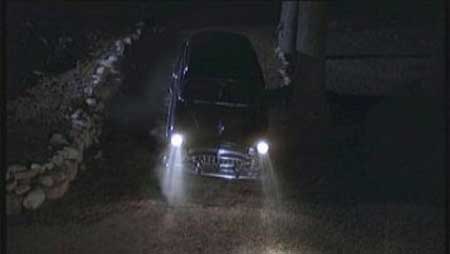 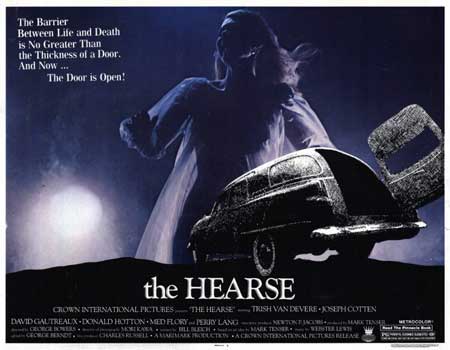 “The Hearse” really felt like a made for television movie to me. It looks (Clouds of fog do not a scary movie make) and sounds cheap and overall offers no real scares to warrant watching it a second time. There is the one dream sequence that is pretty effective and that’s about it. Joseph Cotton appears briefly in a couple of scenes as the lawyer who lets Jane know about her aunt’s death & the home she leaves for her. He brightens up the film a tad but his character isn’t put to any good use & gets bumped off as well. So what we’re left with is a horror film with one scary scene in it, 3 minutes of scary and 85 minutes of nary a reason to stay awake. If you’re a fan of Ms. Van Devere (I know you’re out there somewhere) then this movie is for you as she’s in nearly every scene of it. One shroud for “The Hearse”, I would advise you only watch it if you’re suffering from insomnia and all out of Ambien. Otherwise stay home and stare at a wall which is more entertaining than a movie about a woman being chased by a car driven by one of the Super Mario brothers…