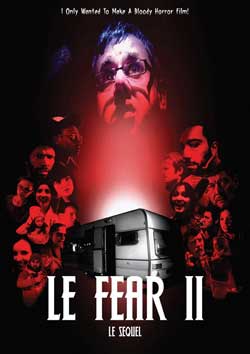 After the disaster of Le Fear, director Carlos Revalos decides to make a sequel with a bigger budget. What could go wrong? Simply everything!

Writer/Director Carlos Revalos (Kyri Saphiris) has a brand new script that he’s looking to turn into a film. It’s a horror film featuring vampires, and he’s managed to secure a promise of 10 million pounds from producer Dirk Heinz (Andrew Tiernan) to help finance the film. All Carlos has to do is get 500,000 pounds on his own to get the ball rolling. So he mortgages his home (He never gets the promised 10 million pounds), and six months later, he’s ready to begin production on his 22nd film – Le Fear II. Unfortunately, Dirk saddles Carlos with a line producer from hell named Efi Womonbongo (Seye Adelekau), who has absolutely no clue on how to mount a feature film production. Hilarity ensues as Efi blithely mismanages the entire production, and Carlos slowly loses his mind as he tries to overcome all sorts of problems in order to see his film finished. 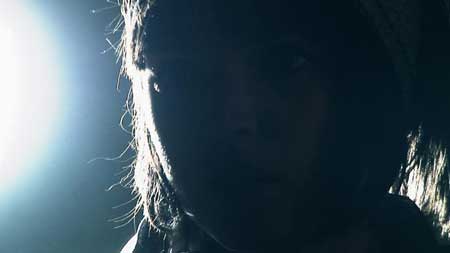 Among other issues, Carlos has to deal with having a trailer sub for his movie set, a Nigerian special effects named Africa (Roxy Sternberg) who knows nothing about special effects, a bisexual, oversexed makeup artist named Queenie (Victoria Hopkins) who dresses up like Snake Plissken, a French leading lady who quits and is replaced by an Asian who doesn’t speak English and is named Lucy Lou (Aiko Horiuchi) and Vanessa, an actress whose idea of portraying a vampire is hissing & holding her hands up like a puppy dog (Eleanor James). Let’s not forget that Efi, is continually mucking up everything else he touches at the same time.

Although Croot (Who appears briefly in the film), is operating with a budget that’s a lot lower than the 500,000 pounds Carlos has to work with, he’s created a consistently entertaining, oft times hilarious mockumentary about the trials to be found while making a low budget film. His cast is uniformly excellent, with terrific performances from all involved. Indeed, a lot of Le Fear II, feels like it was improvised right on the spot, and that makes some of the actors performances that much more effective. Saphiris is both tragic and hilarious as the consistently put upon director, who only wants to make a scary movie, and the actors who make up his meager cast/crew prove themselves to be equally adept at looking both pathetic & heroic at the same time. But special mention must be made of Adelekau and his especially hysterical performance. 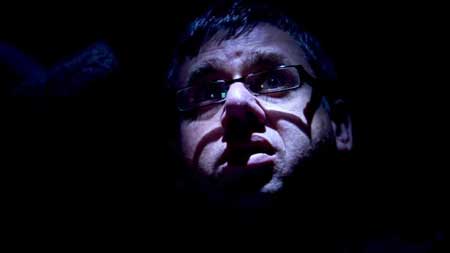 There’s a wonderful naturalness to every word that comes out of his mouth, and his body language radiates equal parts stoner & ne’er do well. He’s terrifically funny and this is a star making performance for sure. And while it seems like Adelekau might have the best lines in the film, all involved have some real gems that had me doubled over with laughter. My personal fave came from a character known only as Dr. Strange (Sadly not Benedict Cumberbatch), who portrays a vampire named Dr. Strange (Natch), and makes his big entry with the lines “I am Dr. Strange, and I am strange. And when I’m crossed, I get cross. And when I get cross, I get hungry – hungry for blood…BLOOD!”. All of this goes on as Vanessa is wildly gesticulating alongside him as she tries to be scary. I couldn’t get enough of this scene and kept playing it over and over!

Admittedly, I’ve never seen (Or even heard of) Le Fear, and sadly there doesn’t seem to be a way to see it right now. Upon further investigation, Le Fear II seems to be the same story with a slightly elevated budget. What bothers me is that it looks like it won’t be too easy to find this film either – a shame because this is one of the stronger independent films I’ve seen this year. It’s a film making take on This Is Spinal Tap (1984), with some set pieces that might seem ridiculous on first viewing, but I have a funny feeling that stuff like this goes on a lot more than you & I might realize.

But none of this means that the film is perfect. What passes for the soundtrack is a really annoying tune played on acoustic guitar with someone whistling along as accompaniment that’s played ad nauseam throughout the film. There’s also the little issue of scene transitions and the lack of them. What passes for transitions here is a simple graphic with the film’s title on it – nothing more. I’m not sure why Croot decided to go with that decision, as there are a few different ways he could’ve gone with this that not only would’ve made the film a bit more involving, but added a sense of gravitas to the proceedings.

But all in all, Le Fear II: Le Sequel is one hell of a funny movie and Croot has at least two more sequels planned! I went into this expecting absolutely nothing and came out wondering why more people don’t know about it. Don’t let the low budget and inability to see the first film put you off from watching this one, it’s a real hoot and definitely worthy of your time! 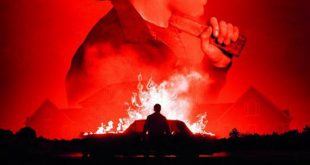 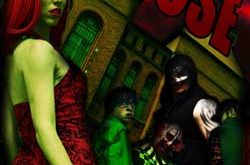