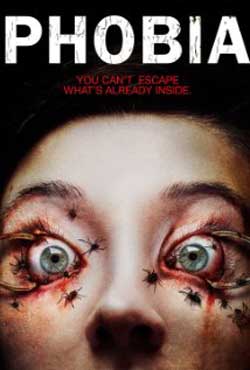 After a car accident kills his wife, Johnathan MacKinlay developed agoraphobia (the fear of going outside) and keeps himself secluded in his apartment when he becomes aware of a violent home-invader and also starts having visions of his dead wife.

Johnathan MacKinlay (Michael Jeffereson) has a problem. He can’t leave his apartment. He suffers from agoraphobia after a car accident leaves his wife dead and hasn’t left home in over a year. Luckily for him, his job allows him to work from home as a transcriber for a variety of clients. His only visitors are his therapist, Dr Edmondson (Peter Gregus), his best friend Taylor (Andrew Ruth), and the woman who brings him groceries, Bree (Emma Dubery). After a violent home invasion his world is turned topsy-turvy and threatens what little is left of his sanity. He fears an evil entity is in his home and he’s seeing visions of his dead wife. Is it real? Is it his imagination? Maybe it’s Maybelline. What this is is a movie that’s really worth watching. 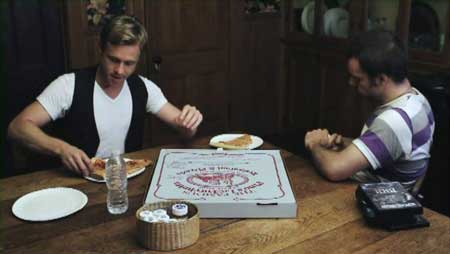 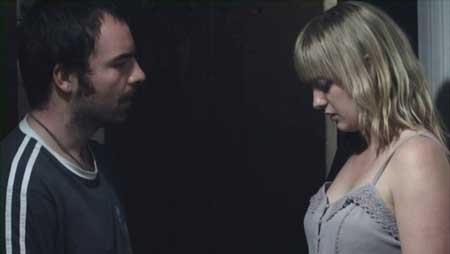 Originally titled “Alone” this movie was directed and written by Rory Douglas Abel. What failed for me in this movie was no sense of real dread or fear. Of all the phobias to make a movie about, agoraphobia just doesn’t seem to work for me. Not that it’s not a real frightening problem, but more that it’s not as tangible as say, arachnophobia, claustrophobia, or ophiophobia. Here we have a guy that is afraid to go outside even though he feels his life is in mortal danger.

He’s not stuck inside, he can get out. He just chooses not to. Now, before you say anything, I understand his fear of going outside, but part of being in the situation that he’s in, is that he’s being forced to face his fears and simply walking out of his apartment could solve his problems. 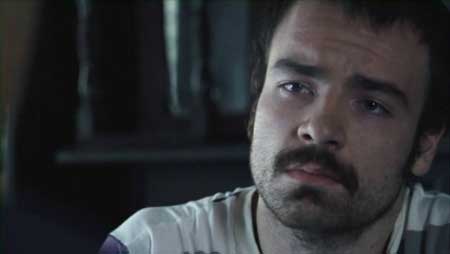 The acting is also not very convincing. Maybe if there was more feeling from the lead, I would have felt more of his true plight. He was afraid of going outside because “bad things happen” but now there’s bad things inside so he chooses to stay inside. The therapist also isn’t very convincing as a doctor. He just seems to go along with the script without much feeling. The music is also something that needed work.

Also, and one of the big issues with me with any movie is poster art. The poster for this movie is horribly misleading. It looks like it’s a cross between Clockwork Orange and Arachnophobia, cool concept but in this case it failed miserably. This movie has nothing that this poster is showing.   I suppose a poster of some guy sitting in his apartment hiding behind a curtain wouldn’t have been as fear inspiring but at least it would have been more forthcoming. 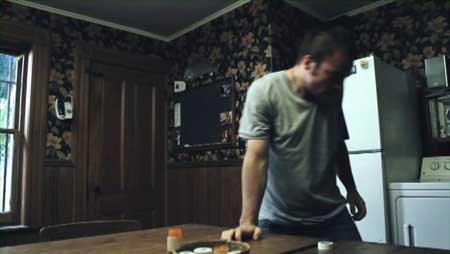 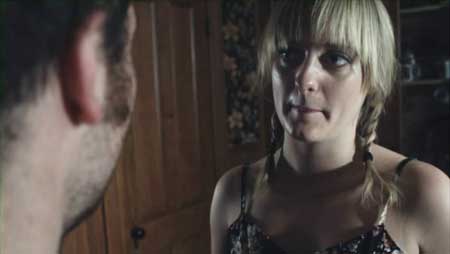 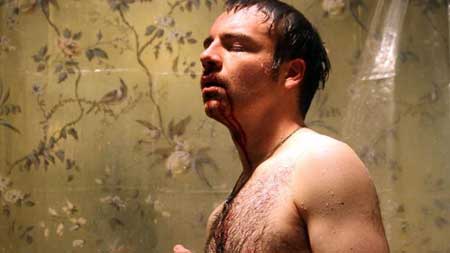 This movie reminds me of a similar movie that I reviewed not long ago called I Am a Ghost. We have one main character that cannot leave their two story house, although one is a ghost and the other is alive. Both are dealing with entities that are threatening their existence.

Both are also very slow in the telling of their story, which isn’t really a bad thing if the film is, like my opinion of I Am a Ghost, is done as a short instead of a full length feature film. I believe with Phobia, this could have also been the case. The story could have been more effective had it not been so long to tell the story. 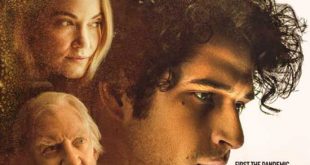 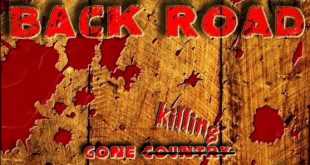