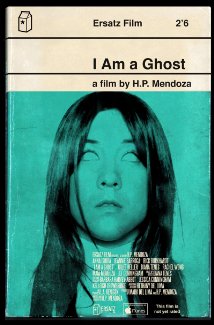 SYNOPSIS:
Emily goes about her daily household routine of cleaning, cooking, and eating, without too much excitement in her life until she realizes that something isn’t quite right about her house. Oh yeah, Emily also has one other problem; she’s a ghost.

Written and directed by H.P. Mendoza, I Am a Ghost tells the story of Emily (Anna Ishida), who is, you guessed it, a ghost. We watch Emily live out her ghostly life as she continues to do probably what she did while alive. As the days go by, we begin to realize, along with Emily, that something is amiss. It appears that Emily is a troubled spirit but she is being guided by Sylvia (Jeannie Barroga), a clairvoyant who was hired to rid the house of spirits.

Emily becomes a form of patient for Sylvia as they work on the mysteries of Emily’s past so that she may pass on to “other side”. Emily realizes that there is also a malevolent force in the house with her that may threaten her afterlife existence. 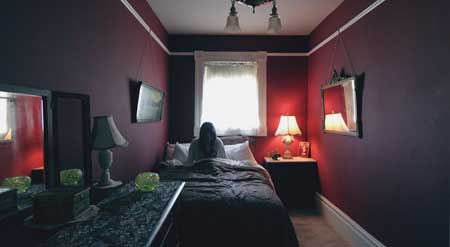 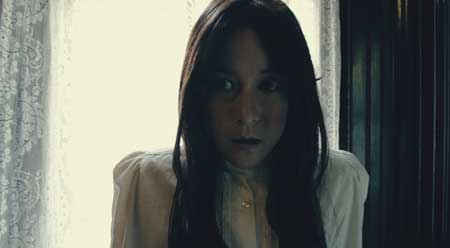 I would have really enjoyed this movie if it would have been made into a short film running maybe 25 minutes; as part of an anthology maybe. With a running time of 76 minutes; however, this movie, to me, dragged on for what seemed like our own haunting eternity. The audience spends the majority of time literally watching Emily simply do the same household chores over and over and over again. The only mystery in the beginning is “why does she seem to want to stab herself in the hand with a butter knife?” Later on, we see her react to activities that are off camera and they seem to be horrific scenes. Once she begins talking to Sylvia, the mystery slowly begins to unfold before us. The problem is that by the time this happens, we find ourselves fighting sleep and not caring about what is happening to Emily. 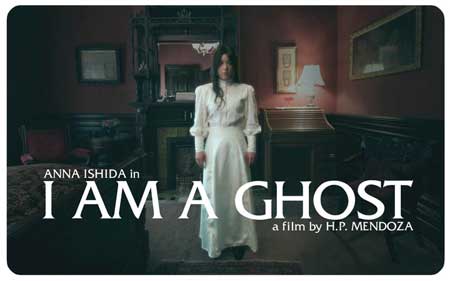 Eventually we find that Emily is being plagued by a demon (Rick Burkhardt), who seems to want Emily to suffer greatly. The end of this movie does pay off fairly well with some graphic, creepy scenes, but again, by the time all of this happens, we don’t care because it’s been a dull ride.

Had this movie been a “found footage” film, I could forgive the boredom at the beginning. As with The Blair Witch Project, Paranormal Activity, ET all we have to suffer through boring in order to see the payoff at the end. This not being that type of film, forces us to sit through scene after scene of boring everyday life.

Another flaw for me was the script and acting. Emily did not seem to have any character and at times it felt like she was reading off a cue card and not giving any emotion. This also applied to Sylvia, who by the way, is never seen, so this leaves nothing but a voice, and this voice is dull and calculated. Next up is the big bad demon that would be to blame for this movie being unrated. The demon, while having a couple very effective scares, mainly just gives us jerky movements and is found to be more goofy than scary. 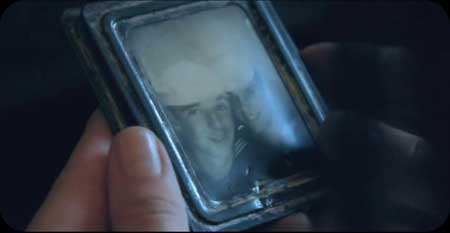 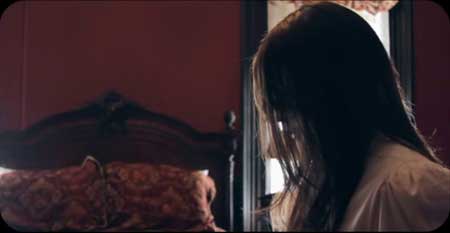 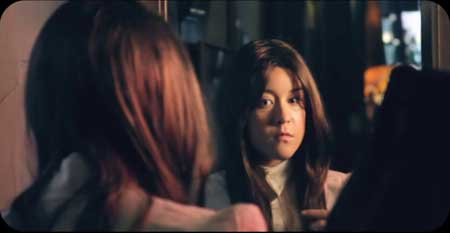 For what did work for me in this movie was the special effects and cinematography. This being an ultra-low budget movie, both of these worked very very well for me. I am not a huge fan of CGI and always prefer the hands-on approach to special effects. Next is the music score. It’s creepy, mood setting and worked well.

If you are looking for a fast-paced, gory, super scary movie, you won’t find it here. If you enjoy a sort of avant garde, super low budget, dull ghost story, then you may very well enjoy this.
Chop this movie down to a short film and I think it would have been an amazing movie, but as it stands, it left me more bored than exhilarated.