Home | SERPENTS LULLABY To Premiere Blood in the Snow Fest

SERPENTS LULLABY To Premiere Blood in the Snow Fest

Toronto, November 25th, 2014 – Cannes’ Coup de Coeur Canadian selected fantasy short Serpent’s Lullaby (directed by horror award-winning producer/director Patricia Chica) will have its Toronto Premiere as part of the Official Competition of the Blood in the Snow Canadian Film Festival. The fantasy dark poem has been selected to be part of the already sold out Opening Night presentation. 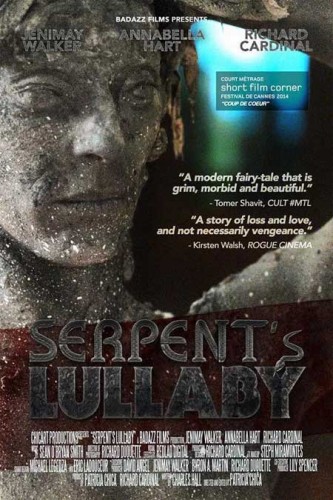 “Ever since I first saw Ceramic Tango, I knew that Patricia Chica was a filmmaker with a unique cinematic vision. So we couldn’t be more thrilled to have her latest film have its Toronto Premiere during our sold out opening night gala at BITS 2014″, says Kelly Michael Stewart, the Festival Director and Founder of Blood in the Snow Canadian Film Festival.

The Blood in the Snow Canadian Film Festival (BITS) was created in 2012 with a mandate to highlight the best in contemporary horror film making in Canada. Executive Producer, Byron A. Martin along with writer, Charles Hall will be presenting the film at the Festival and doing a Q + A after the screenings.

“I’m very honored to have been selected for the Opening Night screening at the Blood in the Snow Film Festival in Toronto, specially because this festival presents high quality horror films and supports Canadian filmmakers”, says Patricia Chica, the director.

It took Medusa a thousand lives to stare at what she couldn’t see. Serpent’s Lullaby presents an unexpected and emotional twist on the myth of the gorgon.

Starring lead actress Jenimay Walker, co-starring Annabella Hart and Richard Cardinal, this project was filmed in Quebec with post-production in Toronto at Redlab Digital and the VFX completed at Switch VFX. Screenplay by award-winning writer Charles Hall with Byron. A Martin (Ontario), David Angel, and Lily Spencer (USA) as Executive Producers. The cinematography was signed by Richard Duquette and the score is by American composer Sean O’Bryan Smith.

Patricia Chica (@PatriciaChica) is recognized internationally for her multiple award-winning genre films notably Day Before Yesterday, The Promise, Rockabilly 514 and most recently Ceramic Tango. She is particularly appreciated for her provocative style and her method of exploring the tormented emotional state of her characters. Through her sensitive and intuitive approach, she brings a deep and personal dimension to all of her films. Patricia is presently preparing her next film entitled Wolverine Hotel, produced by Byron A. Martin (@ByronAMartin).

Besides its Premiere at BITSFF, Serpent’s Lullaby has already been screened at other official competitions such as Fantasia (Montreal), HollyShorts (Los Angeles), Rhode Island (Providence) and Oaxaca (Mexico), as well as an upcoming showcase at El Cid Short Film Night in Los Angeles on December 3rd, just to name a few. 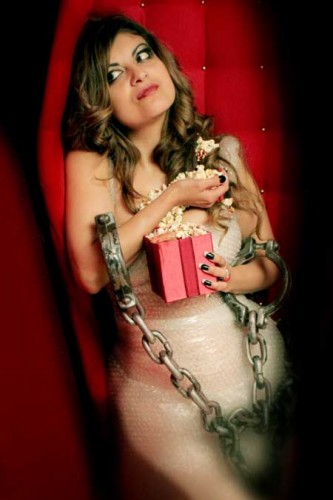 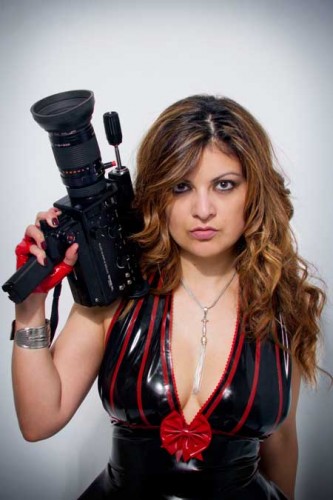