Home | Adam Green’s ‘Digging Up The Marrow’ Finds A Home

Adam Green’s ‘Digging Up The Marrow’ Finds A Home

Based on the artwork of Alex Pardee film maker Adam Green has created what sounds to be a truly interesting take for a documentary style film.  Titled ‘Digging Up The Marrow’ this one just got picked up for distribution by Image Entertainment.

Starring Green, Ray Wise, Will Barratt and a literal who’s who of genre vets ‘Marrow’ has an interesting synopsis:

“When filmmaker Adam Green receives a package from a strange man (Ray Wise) claiming he can prove that monsters exist, he and his crew are taken on a mysterious, fantastical, and terrifying journey into the shadows deep down under the ground below our feet.”

From the press release director Green has the following to say: “It’s a very unique film that doesn’t neatly fit into any specific sub-genre that has come before it.  We’ve been thrilled by the overwhelmingly positive response that Marrow has received at early screenings.”

No solid release date yet but now that Image holds the rights they are going to want to get this in the fans hands as quickly as possible so expect updates soon! 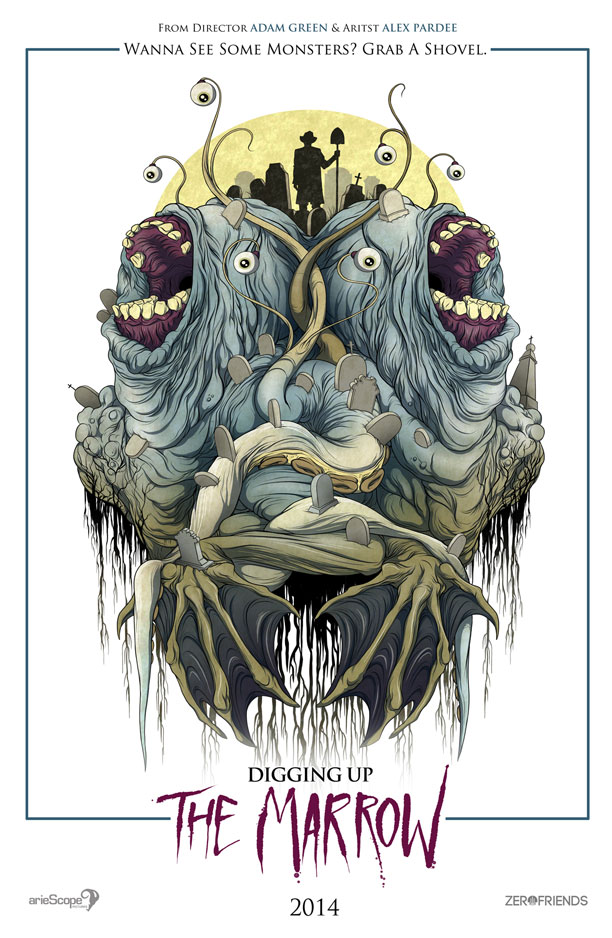