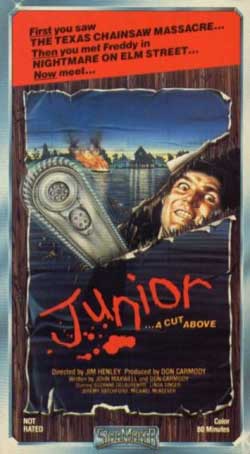 After being released from prison K.C. and Jo move out to the country in hopes of a fresh start only to be terrorized over and over again by a demented redneck named Junior and his backwoods pals.

Review-I saw Junior (also known as Hot Water as well as A Cut Above) back when in the day when I was in middle school and didn’t really like it (I was a little let down because it wasn’t a slasher flick like I thought that it was going to be) but when I watched it again recently I ended up really digging it. It’s a different type of film that is along the same lines as Straw Dogs or Sean Cunningham’s mostly forgotten (and underrated) The New Kids and I thought that I was pretty damn awesome once I gave it another chance. As I’ve gotten older I’ve grown to like these types of movies and Junior was no exception. 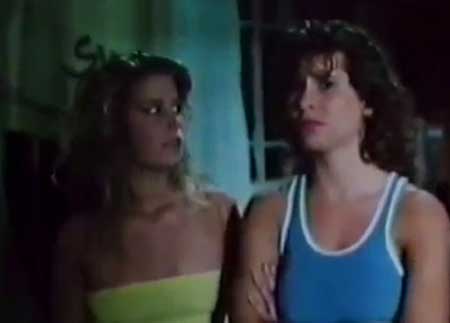 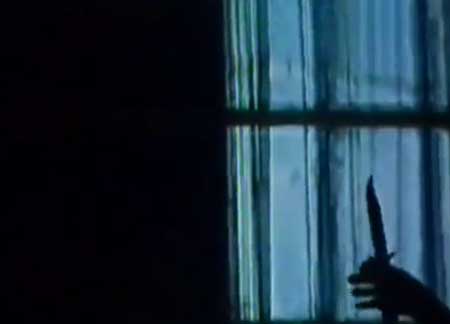 One of the things that I really liked about the film was its premise. It may not be the most original movie in the world but it works and kept me entertained the entire time that I was watching it. It’s basically just a movie about a bunch of redneck assholes continuously harassing a couple of women but trust me when I say that it’s better than it sounds as I know that it a pretty generic description of it. It’s one of those movies that pisses you off as you watch it because you just want Junior and his gang of flunkies to get what is coming to them thanks to their despicable actions. They truly are a bunch of assholes and some of the things that they do to K.C. and Jo made my blood boil to the point that there were a couple of times that I wanted to reach through my television screen and slap the piss out of them. I have actually known people like them in real life so I can say that the way that they think and their actions are realistic for the most part. 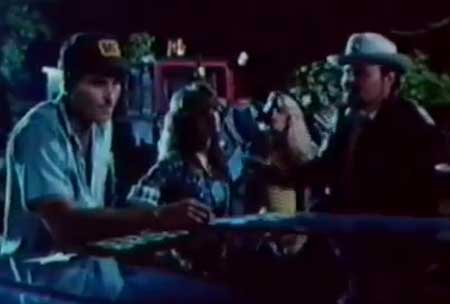 I really liked the characters as well. Suzanne DeLaurentiis is great as K.C. and Linda Singer is just as good as Jo. I think that K.C. was my favorite of the two as she is a stronger character with a fiery temper that doesn’t have a problem when it comes to fighting back against Junior and his friends. While Jo is more of the damsel in distress type that spends the majority of the movie being bullied and tormented K.C. is just the opposite and is a more of a fighter (she actually takes Junior on one-on-one at one point toward the end when she has finally had enough and reached her breaking point). I also liked Bud (Michael McKeever) and Luke (Cotton Mather) as well (even though they are pretty much just there to be love interests for the main characters) and wish they’d gotten a little more screen time or at least the chance to kick the crap out of Junior and the peons that follow him around constantly. The best character though by far is Junior himself. He’s definitely one of those characters that you love to hate and I couldn’t wait to see him pay for every horrible thing that he does during the course of the movie as he is just a terrible person in general (and his weirdo mother-who keeps telling him to do such things-is even worse). He is a very odd guy who is just out there in general and it is obvious that Jeremy Ratchford had a great time playing the part. 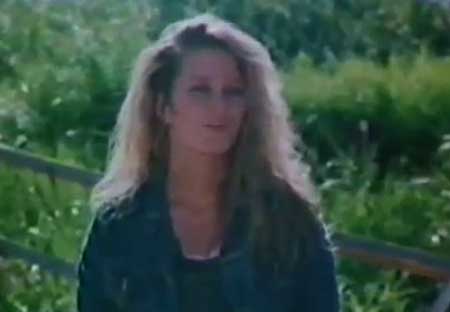 I also thought that the slight twist that takes place toward the end was pretty cool too and I’ll admit that I didn’t see it coming. It sort of comes out of nowhere and to be honest it almost made me change the way that I felt about a certain character afterward (I actually sort of felt sorry for him as a result). It isn’t a huge plot twist or anything but I liked how it was handled as it changes some of the dynamics of the overall movie to an extent.

On the downside I was a little disappointed by the relatively low body count of the movie. Only a few people die and their death scenes are pretty lame (one of them even dies off screen and we just see the aftermath). I was expecting this movie to be a bloodbath considering the artwork on the front of the VHS box (which has a crazy-looking Junior gleefully welding a chainsaw) but it just wasn’t to be. He does chase someone around with a chainsaw at one point briefly but unfortunately he doesn’t actually use it to cut the person to pieces like I thought that he was going to do (instead he just uses it to cut through doors and walls as he laughs maniacally). I think that a couple of more death scenes (especially graphic ones) would have helped made this movie a little better and I couldn’t help but feel a little gypped as I was looking forward to seeing a ton of cool death scenes. 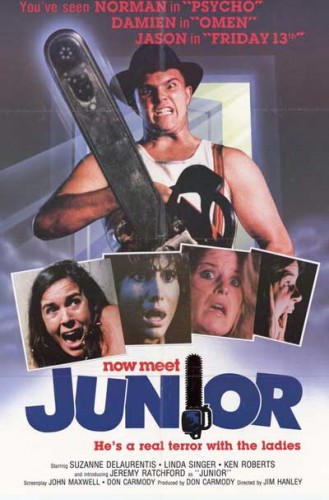 While some people may not like Junior I thought it was pretty good and I wouldn’t mind watching it again soon. I don’t think that I would really call it a horror film as it is more of a suspense/thriller but that didn’t stop me from digging it. I thought that it had a lot going for it and I am surprised by the amount of people that I know that are into horror that have never seen it or even heard of it (which is too bad because they are missing out). Check it out if you run across a copy of it, I think that you will really like it if you give it a chance.