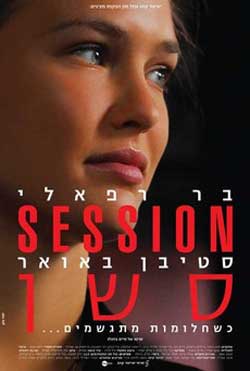 A psychological suspense drama-thriller where a psychologist becomes obsessed with one of his patients. The lines between dreams and reality blend.

So I had to start this film twice. The first 15 minutes or so just didn’t really grab my attention the first time through. But once I got past that, this turns into a really intriquing psychological thriller.

Doctor Jake Tellman ( Steven Bauer) is a psychiatrist running a practice out of what appears to be a private home. His wife Rikki (Gillian Buick) is his receptionist, secretary, and all around Girl Friday. Seems like he deals with run of the mill type of appointments – mommy didn’t love me, I think my husband hates me, what is the meaning of life – and every day seems the same. We watch a few of these days pass in a time-lapse/montage sort of way. Doesn’t seem very exciting, but certainly not a bad life.

Anyway, at the good doctor’s favorite sushi joint, he becomes aware of a new waitress named Eden (Bar Refaeli) after another patron treats her with less than respect. The doc stands up for her and they strike up a conversation. He offers his card and says if she ever wants to talk, to give him a call. 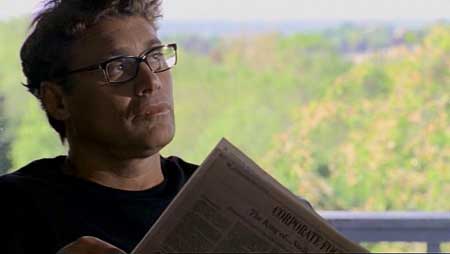 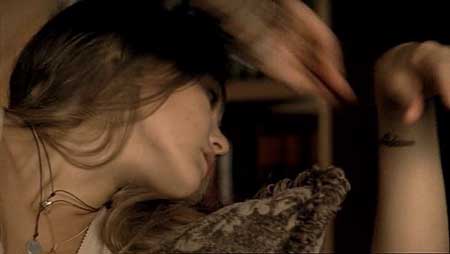 Eden’s former boyfriend Gabrielle (Liron Levon), the bartender at the sushi joint, recommends against Eden taking up the offer, but she decides to do it anyway. Her brother (and Gabrielle’s best friend) was killed in a motorcycle accident some years prior and she hasn’t really been able to get over it. There also seem to be hints at an emotionally abusive household growing up. And the doc offered the first visit for free, so why not?

Eden is having vivid nightmares every night. Innocuous at first but getting darker. Then the things she dreams start to happen in the real world. Like deja vu, she sees some of the more innocent events play out in the days after she dreamed them. Then she dreams of a faceless man on a motorcycle who stalks her, and when he appears in the real world, she abandons her apartment and moves into a guest room at Jake’s practice.

Wife don’t like it. Boyfriend don’t like it. And for damn good reasons. Jake becomes increasingly obsessed with Eden, and nothing will deter him from his desire, even his own better judgement. To his credit, he tries to fight it but to no avail. He even discusses the matter in detail with own shrink (Tom Barrows). Jake starts to neglect his other (paying) patients, and his wife, to serious consequences. 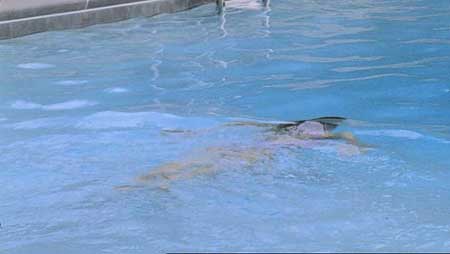 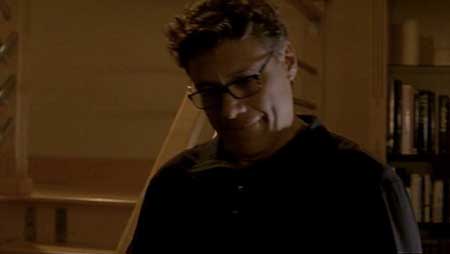 This is a classic suspense thriller. You never know who is up to what, or why. Even by the end you are left with questions. Not to say the ending isn’t satisfying, but one almost has to watch it again to really get it. There is a whole backstory for some of these characters that is left untold, or merely hinted at, and I was left to speculate about what those historys might be.

Writer/director Haim Bouzaglo has a few other films to his credit, however I could find no real information other than the titles. The story is well written and visually quite good.

The cast range in experience. Bar Refaeli is a model mainly, whom some of you may recognize from SI:swimsuit issue 2009. She’s gorgeous to look upon, but also a decent actor. She is believable in this part and that makes all the difference. 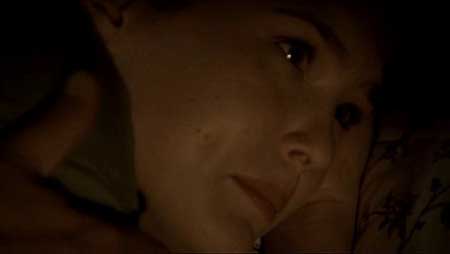 Liron Levo has quite a list of credits, including MUNICH several Isreali television series and films.

Gillian Buick has two other films listed, one of which is Janem Janem, another film by Haim Bouzaglo.

Steven Bauer also has quite a list of credits, notably Scarface, Primal Fear, and an almost endless list of television appearances and video game voice overs. His performance in this film shows just how talented this actor is at his craft. it’s worth the whole film just to watch his character slowly unravel.

On the whole, I really liked this. If you like a good suspense film, this could be the one for you.

On a scale of one to ten, ten being awesome, I’m giving this film 7 pieces of sushi. 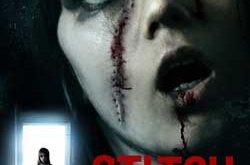 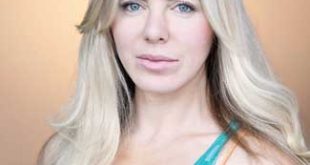 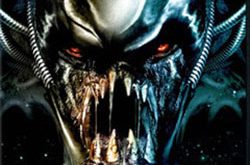