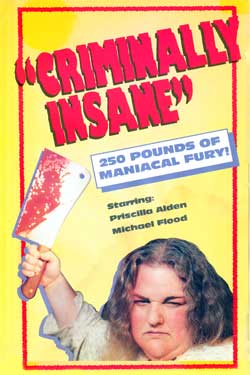 An obese woman recently released from an insane asylum kills anyone who attempts to get her to stop eating.

Criminally Insane, released in 1975 and directed by Nick Millard, emulates the classically depraved and dementedly entertaining exploitation films of the ‘70s. Darkly comedic to the point of outrage and ludicrous in its twisted scenarios, its title suits it well, insane. Though Millard claimed to have featured professional actors (Priscilla Alden, Michael Flood, Jane Lambert, and Lisa Farros), the acting matched the low-quality cinematography and effects that provide the film with its grindhouse, B-movie flavor. Yet, despite its $30,000 budget, its visceral and raw storytelling will undoubtedly both amuse and disturb audiences. 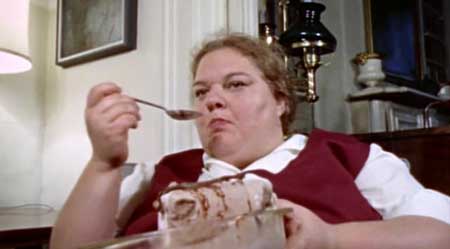 After internalizing its delightful madness, I arrive at the conclusion that Millard intended only to shock a morbidly curious audience, while at the same time perplexing us with its delicious black humor. The story is simple: Ethel (Priscilla Alden), a morbidly obese patient in a mental ward suffering from bouts of paranoia, depression, and violent outburst, commences a quickly accelerating killing spree once released. The pace is brisk, one violent action leads to another, and another, and another—each violent act intensifying in absurdity. Some of these acts feature necrophilia, sororicide, dismemberment, cannibalism, binge-eating and an eating disorder taken to the extreme. And while portly Ethel piles up decomposing bodies in her grandmother’s (Jane Lambert) room, her prostitute sister, Rosalie (Lisa Farros) crashes with her abusive, highly misogynist pimp boyfriend John (Michael Ford). Ethel’s needs are simple; she just wants to eat. Anyone who gets in the way will face the pointy end of one of Ethel’s kitchen tools. In one of the most iconic scenes of the film, Ethel stabs a cold, clenched fist holding the key to the locked ice box, repeating “I want that key!”

Adjoining this plotline are Rosalie and John’s exemplifications of raunchy and dark humor reminiscent of ‘70s exploitation. For example, in Rosalie’s introduction, the camera focuses in on her butt cheeks poking out of her very ‘70s hot pants. Foul mouthed and oblong-faced, Rosalie warns her sister to conceal Rosalie’s whereabouts from a man named John if he comes looking for her. “Why?” asks Ethel. She says, “Because he beat the hell out of me.” Somehow, despite this proclamation and warning, John manages to find himself in Rosalie’s bed on top of her after a spontaneous run-in at an unnamed bar. Here we witness the movie’s most memorable lines. Rosalie asks, “If you love me so much, then why did you beat the hell out of me?” John replies, “You need a good beating every once in a while, all women do.” In place of disgust, Rosalie passionately embraces and kisses him. 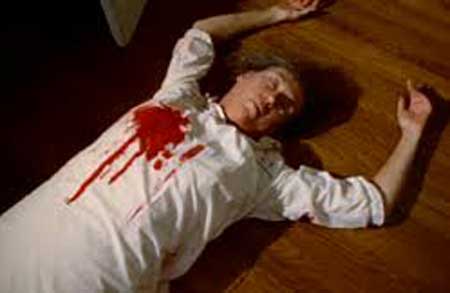 Add this to Ehtel’s racist remarks regarding her “Jew doctor,” the non-existent “short colored man” who killed the grocery delivery boy who tried to leave with Ethel’s beloved groceries when she couldn’t pay up, and shots of Ethel frolicking through a cemetery in a red dress, and you’ve got one delicious and juicy piece of sick humor. Though in all probability unintentional, the editing and grindhouse-like stylistic choices also add great comedic moments. This is seen in the poorly-done effects, the repetition of frontal shots of Ethel charging with a knife, as well as repeated splices of Ethel chopping body parts and people. The speed of the repetition makes the movie seem like a game with a bad glitch—especially when scenes cut suddenly and awkwardly. 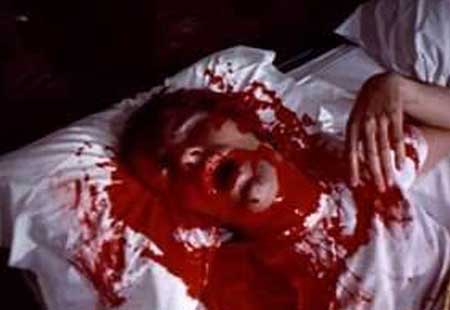 The murders are done with equal finesse. Like John’s pimp hand that barely scraps Rosalie’s screaming (or laughing?) face in a repeat, Ethel’s weapons barely connect with the person under attack. The sounds effects don’t really correlate either. When Ethel swings her cleaver down, it emits a clunk-like sound, like a bat hitting metal. These surreal scenes juxtapose shots focused on Ethel’s manically laughing face as she sleeps and talks to her now lifeless victims. 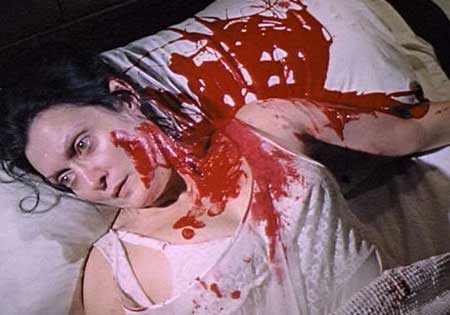 To accent each mood and sinister scheme running through Ethel’s troubled mind, orchestral music plays in the background, reminding one of old Warner Brothers cartoons where violins and funky oboes foreshadows devious deeds. This choice to implement music in this way strengthened the feel of an exploitation movie. The film’s darkness yet resilience to retain a goofy mood are what make it lovable to those with a healthy appetite for B-movies and sick humor. If you like classic B-movie/exploitation cinema that’s “so bad, it’s good,” then this film is definitely worth a look. 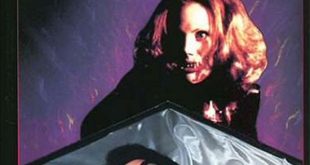 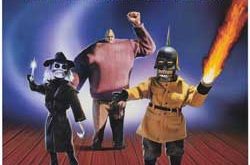 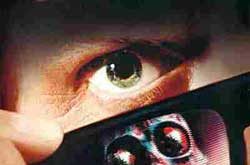 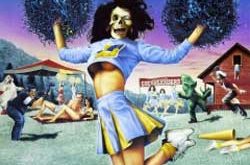