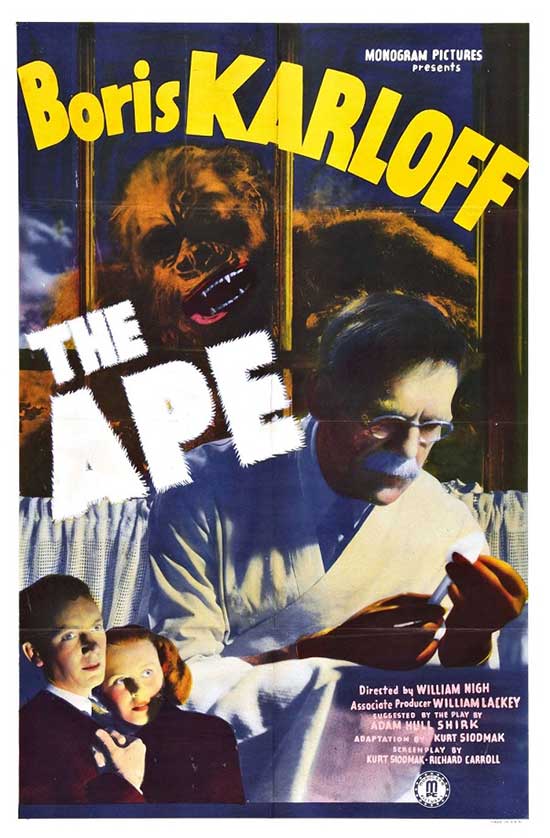 Dr. Bernard Adrian is a kindly mad scientist who seeks to cure a young woman’s polio. He needs spinal fluid from a human to complete the formula for his experimental serum. Meanwhile, a vicious circus ape has broken out of its cage, and is terrorizing towns people.

After having to suffer through Bela Lugosi Meets a Brooklyn Gorilla, I was not exactly looking forward to having to sit through The Ape. I could only imagine what horrors awaited me. I, of course, don’t mean what scary thing the movie would throw at me but about whether or not it’ll be as wretched and painful as the dung heap I just finished watching. While it wasn’t nearly as intolerable, it still ended up being a chore to sit through. 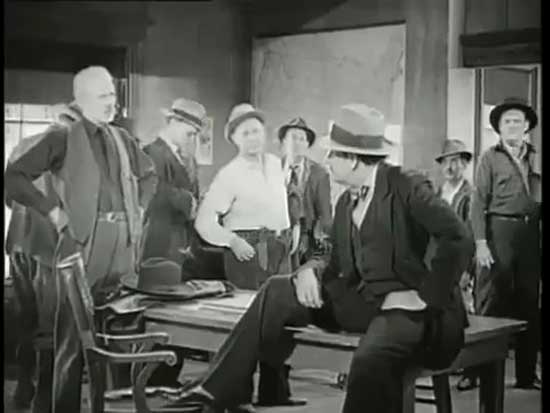 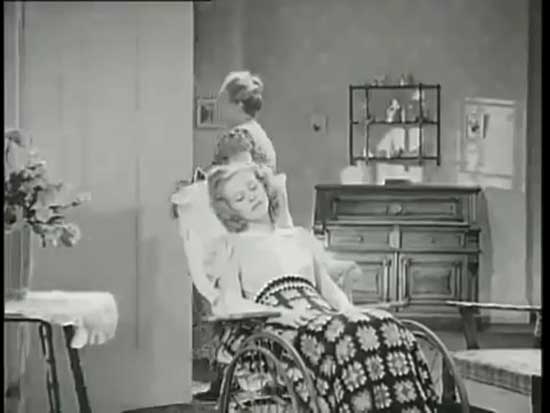 The Ape centers on Dr. Adrian, as played by the legendary Boris Karloff, who is trying to cure a young woman’s polio. His experimental treatments require the usage of human spinal fluid that he’s collected over a period of time. However, all of his samples of spinal fluid are destroyed when his lab is attacked by an enraged ape that escaped from a nearby circus. Dr. Adrian manages to slay the beast and comes up with a rather insane plan. Adrian skins the ape and uses its hide so he can disguise himself at night, then proceeds to murder people to collect the fluid he needs. He’s hoping that his disguise will trick people into believing that the primate is responsible for his crimes and not notice the signs of his extracting what he needs from the bodies. 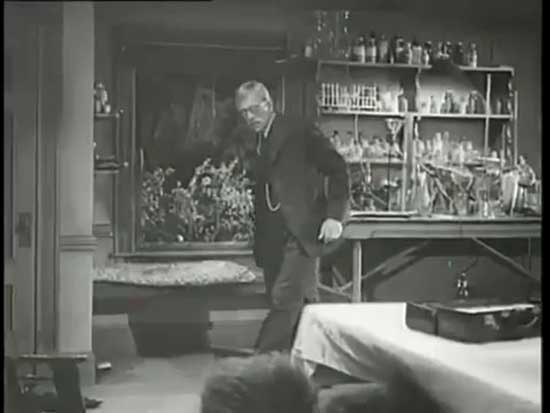 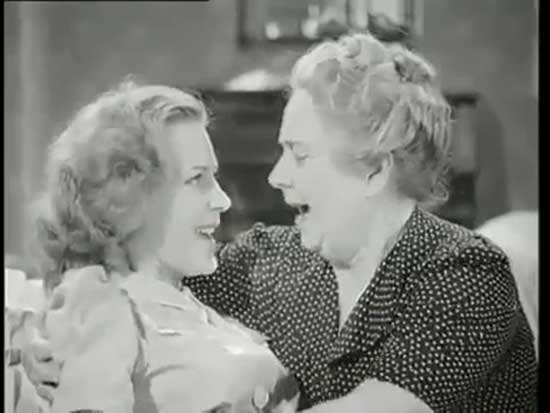 So, that’s your story. A doctor dresses himself up like a primate to try to hide the fact that he’s murdering dudes for their spinal fluid, and it’s every bit as ridiculous and stupid as it sounds. Somehow, he hopes that no one will realize that each victim has some very precise puncture marks on their spine and realize that things aren’t adding up. The story’s main concept is so filled with flaws and logic gaps that the film falls apart under even cursory scrutiny. Of course, this is a film that asks you to just go with it and not ask questions. Normally I can do that for most films, but I couldn’t do that with The Ape. I think it’s mainly because the film takes itself too seriously. If there was more self-awareness on the filmmaker’s part that they’re moving based around an inherently dumb premise and added a bit more humor that acknowledged this, (basically, just had fun with it), I think it would have worked better for all parties concerned. Instead, it made for an overwrought dull mess. 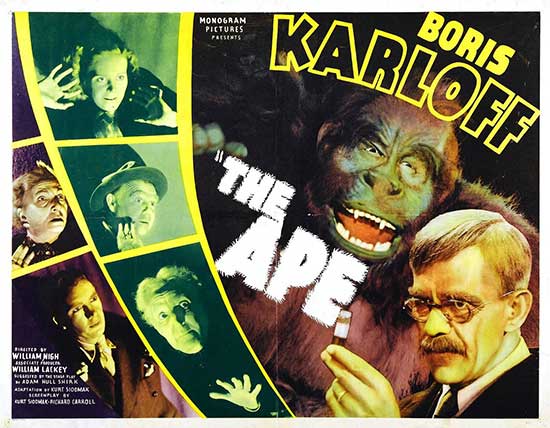 Another problem the movie has is that it seemed like it was trying to make Dr. Adrian a sympathetic character, even though he’s slaughtering innocent people. Yes, he’s trying to get a girl to walk again, but that hardly is worth the price of taking other people’s lives. It also didn’t make sense. He came across as a fairly kindly man, but for him to take such drastic measure required to have a certain amount of madness and obsession. It never felt like the film took the time to show those aspects of the character. It’s almost as if they thought just the act of murder itself would be enough to show it. The lack of believable motivation, more than just trying to cure one girl of polio, really hurt the character. If he was more obsessed with how much impact his cure would have on the world at large, then maybe it would have worked better. 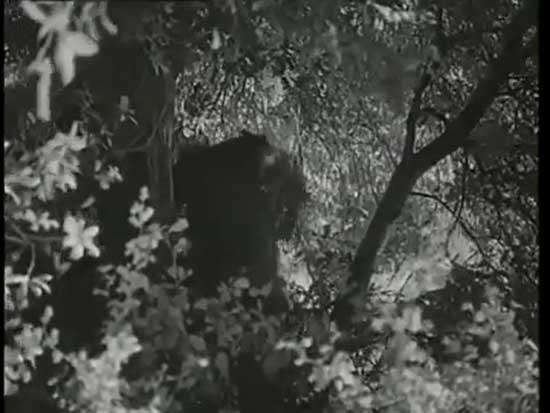 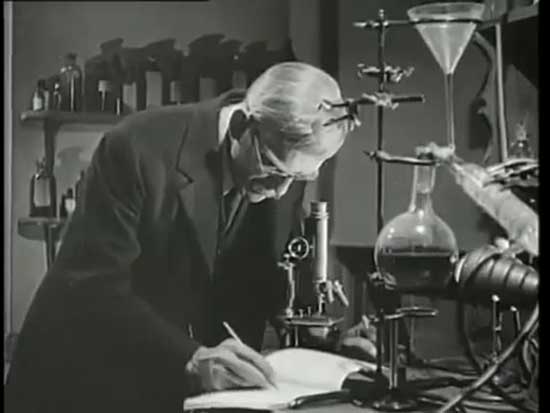 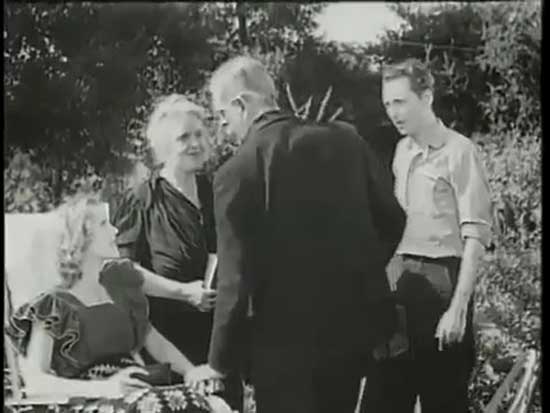 Despite the overall silliness, the movie didn’t become unintentionally funny. If it had, then it would have been a far more enjoyable experience. Instead, it just was a dull melodrama with horror aspects. There was no real tension or scares to be found. It just plods along, not doing enough to make anyone care about what happens next. The only thing I ended up caring about was how quickly the film ended. 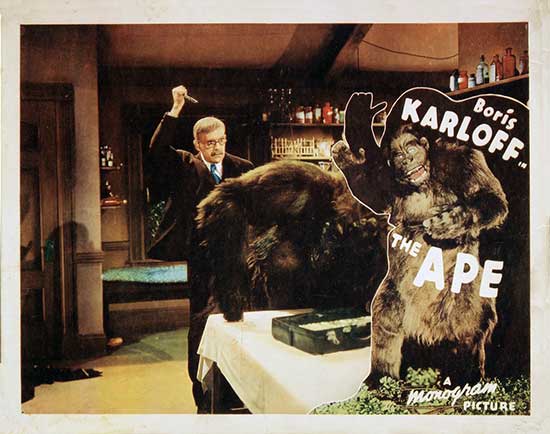 If there is anything good to be found in The Ape, it’s that Boris Karloff is in it and that the overall film is just barely over an hour long. It’s a bad movie, and it’s not even bad enough to be accidentally amusing. It’s kind of boring and not really worth anyone’s time. It’s best avoided because there are far more enjoyable b-grade flicks to be found.