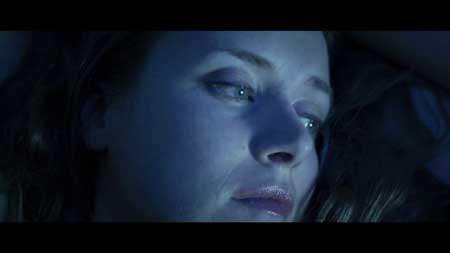 Karen’s nightmares pick up exactly where they left off every single night and it’s affecting her new marriage to Sam. She wants to finally get control her dreams – but she’s not the one creating them.

Overall, the general themes explored by Lucid are interesting and unusual; however, I’m not sure if it was executed as well as it could have been. The build up was really powerful and I was really excited to see how it was going to play out, but then unfortunately it never really delivered. It just sort of ended before anything appeared to be resolved (as far as I could tell). I think that if director Kevin K. Shah made his message more clear then it would have made this short film ten times better. There’s definitely a place for viewer interpretation, don’t get me wrong, but being offered a meaning behind what we’re shown is great too! 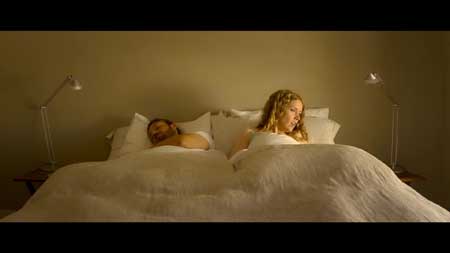 The way that the same events keep getting repeated over and over again, reminded me of the recent feature-length Before I Go To Sleep, though that was about amnesia as opposed to dreams. In both, a woman keeps having dreams (or memories, in the case of Before I Go To Sleep) about her husband trying to kill her, with them getting worse and worse every night. She starts to get confused about what’s reality and what is a dream, and this is definitely having a detrimental effect on her relationship with her husband. This repetition helps to build the tension and peak interest – though perhaps interest was peaked too soon and there wasn’t enough momentum to keep it going. The pace keeps on increasing but around the midpoint just slows right down again. In a way, yes, the lengthy scenes did break up the rhythm that the first ‘act’ had, but it just seemed to lack direction after that. 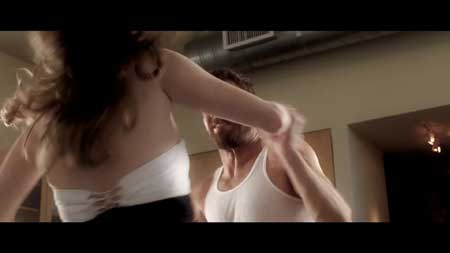 What’s intriguing is that female lead Marion Kerr also wrote Lucid, which was allegedly based off a story she too wrote. I would actually be very curious to read this story, just to see if there is more of a defined story trajectory. In a way, it’s pretty ironic that a film called Lucid – a word that means clearly expressed, or easy to understand – is not actually either of those things. Though I suppose I’ve always been a fan of irony too. 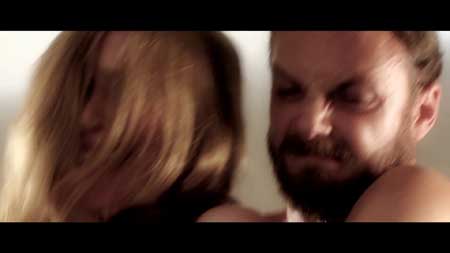 Some of the cuts didn’t really flow, but on the whole it’s exceedingly well shot and looks very professional. There were some fantastic stills that could have come straight from Hollywood, as far as I’m concerned. Throughout the piece, there were a few hints as to this film being slightly futuristic, but this was so subtle I wondered what exactly the point of doing that was? The couple of futuristic elements which were thrown in didn’t add anything to the story. It didn’t detract from it either, but it just seems like a pointless, half-hearted addition really.

I’ve been a bit critical with Lucid, but it’s certainly not without its merits. If horror icon John Carpenter declares it ‘stylized and infectious’, who am I to argue?!