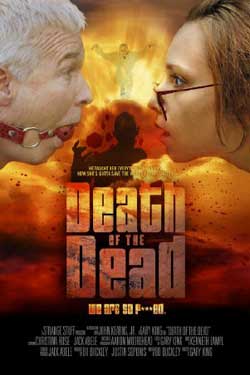 Wanda is a uber nerd with the coordination of a seizure victim. Her karate trainer is an aging pervert with a penchant for ball gags and various sex toys. When a bus from a rival karate school accidentally runs over a couple scientists dumping a toxic chemical down the sewer, the entire class is turned into high flying, flesh eating baddies! As they wreak havoc on the town turning others into zombie ninjas, Wanda and her instructor must save the planet with the help of a magic karate belt.

It’s not hard to get excited by a movie that bills itself as “Karate Kid meets 28 Days Later.” Unfortunately, it’s even easier for the end result to disappoint. Death of the Dead desperately wants be a spoof worthy of Airplane/The Naked Gun duo David and Jerry Zucker, but it instead lands among the tripe churned out by Jason Friedberg and Aaron Seltzer, the dolts responsible for the likes of Vampires Such and Disaster Movie. 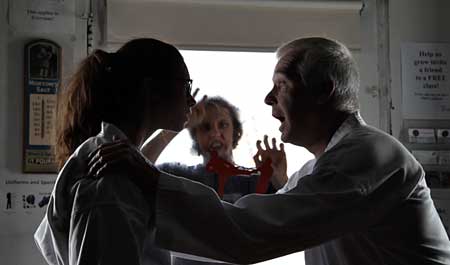 Wanda (Christina Rose) is an exaggerated high school nerd who spends her free time learning karate from Master Sensei (Jack Abele), an old pervert. When her karate rivals turn into the living dead, it’s up to Wanda to stop them. 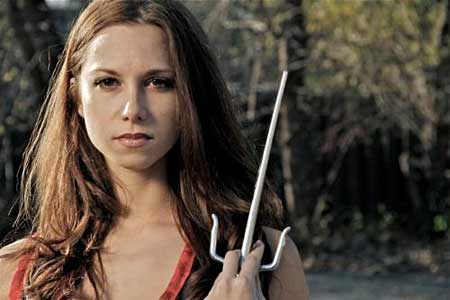 The movie re-teams director Gary King and writer Bo Buckley, whose Dismal was a decent horror flick. Much like that effort, Death of the Dead is technically sound. Despite its low budget, the picture is fairly well-made with solid direction and camera work. Even the performances and effects are good. The movie also has some nice eye candy, but all of the boob shots in the world couldn’t save the abomination of a script. 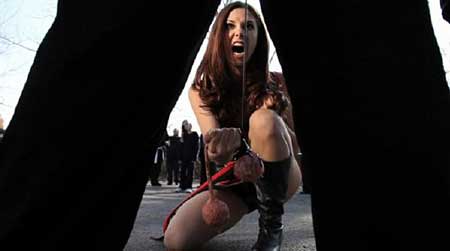 As the comedy that it tries to be, Death of the Dead is entirely unsuccessful. All of the immature potty humor falls flat. here were no more than two gags that made me smirk (one of which was a Troll 2 reference), and not a single moment elicited a chuckle. I cannot leave the hackneyed score unmentioned, as it was obtrusive throughout the picture. 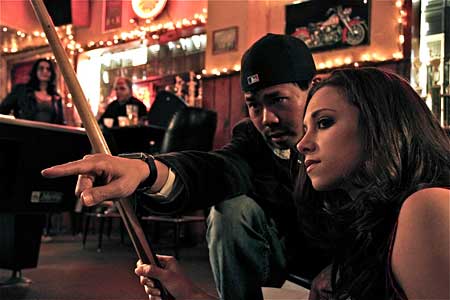 Death of the Dead might resonate with the underage morons who go to see Friedberg and Seltzer movies when they litter theaters, but anyone with half a brain won’t want to subject themselves to the sophomoric, failed attempt at comedy. I can understand why Hollywood churns out this trash, but I can’t fathom a reason why anyone thought an independent effort of the same ilk was worthwhile.