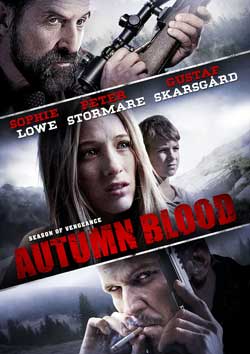 After being raped an orphaned young lady struggles to survive (and protect her younger brother) when her attackers come back to finish her off.

I went into Autumn Blood expecting it to be a total rip-off of the classic 1978 revenge flick I Spit on Your Grave (which is one of my personal favorites) but in reality it wasn’t. Yes, the plot revolves around a young woman being raped by a gang of assholes but the similarities stop there. Instead of her hunting them down and taking them out for their actions they end up coming back for her with the intention of killing her to keep her from telling anyone about what they did. I was a little on the fence about it at first but after everything was said and done I found it to be a pretty decent little movie. 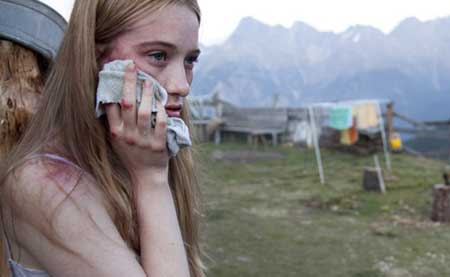 It is an odd film in the sense that there is almost no dialogue. No one really speaks more than just a line or two for over half the movie and while some people may not like this I thought that it worked. I have seen movies that were bogged down with way too much dialogue but this film is at the opposite end of the spectrum. At times it is almost like a silent movie (one character doesn’t speak a single word for the entire movie) and I thought that it was pretty groovy. I thought that it was a pretty ballsy move on the writers’ part and while it is a little distracting at first I soon found myself enjoying the overall lack of dialogue. There are no long monologues or really that many scenes with a whole lot of vocal interaction between the characters but I enjoyed it just the same. As a matter of fact I thought that not having that much dialogue made it a better movie and showed just how talented the actors involved in it really were and I don’t think that many people would be able to pull it off as well as they all did. 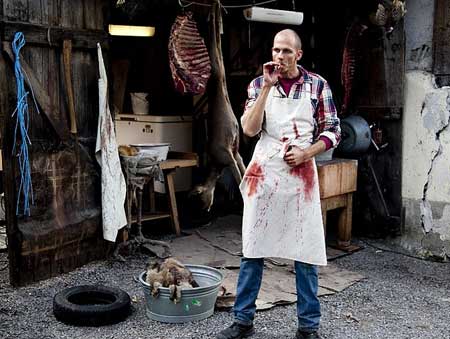 Another thing I liked about the movie is the fact that you don’t know any of the character’s names. The main character’s name is never said and she is just referred to as “the girl” during the end credits. This is the same with all the characters as they are just listed as “the mayor,” the hunter,” “the butcher,” and so on. I don’t know why but I just thought that this was a cool idea. Some people may argue that it was an attempt by the filmmakers to be too artsy and out there but I have to disagree. As with the film not having very much dialogue I thought that this was a neat way of doing things and makes the characters a little more mysterious since you don’t really know a whole lot about them since they don’t really talk and you don’t even know their names. 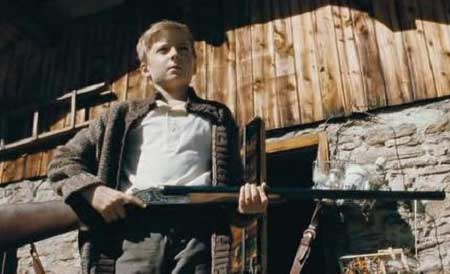 One of the biggest strengths of the film was the acting. As I mentioned earlier it is pretty hard to act when you don’t have a lot of dialogue to work with but the actors in this film pull it off beautifully. I don’t know how many of you guys out there have ever acted, but imagine trying to do so without that many lines in a major role. Doesn’t sound too easy (or like much fun) does it? With that being said everyone involved with this film did an awesome job when it came to acting in it and they should all be proud of their accomplishments. While the trio of villains do an outstanding job of making the viewer hate them I thought that Sophie Lowe (who plays the girl) knocked it out of the park. It is obvious that she is a very talented actress and I see her doing a lot of big things in the near future. The camera loves this girl and she did a phenomenal job in this film.

I ended up liking Autumn Blood a lot more than I figured that I would. It is one of those films that really sticks with you after you watch it and I enjoyed the time I spent watching it. It has an interesting premise, some great acting, and some of the most beautiful scenery you will see in any movie (plus the cinematography is top notch and really captures the scenery-as well as the overall mood of the film-perfectly. For some reason a lot of people online were confused by the ending (in regards to the mayor’s relationship to the girl) but I thought that it was pretty much straight forward (unless I am misinterpreting it myself). While it isn’t really a horror movie and is more of a suspense/thriller I would still recommend it to anyone and plan on watching it again very soon myself. Check it out if you are in the mood for something a little bit different, I think you will really enjoy it.