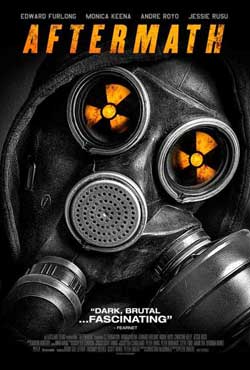 Searching for a happy ending to a tale of unimaginable disaster and horror, nine strangers find themselves holed up together in a farmhouse cellar in rural Texas. The United States has hastily become embroiled in World War 3.

It’s always a journey when you take on another “end of world – postapocalyptic” disaster film. We’ve seen all the angles, all the approaches and all the scenarios. Director Peter Engert had an agenda with this tale of WW III that was meant to scare the crap out of you. Originally titled “Remnants”, it was clear by the end of the film that, “that” agenda was to carry us thru a drama about what the world will entail when the nations start dropping the bombs. 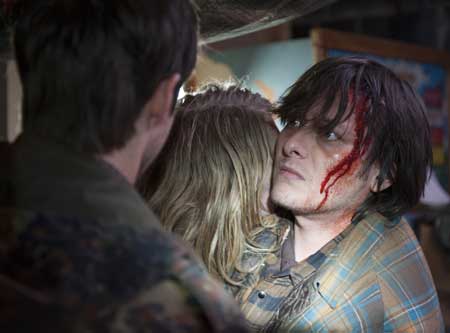 We begin on that note. The radio broadcasts quickly narrate how it all started which of course is political in nature. Though soon, that all becomes blurred as one nation fires against another and so on. With mushroom clouds flashing off in the distance, it is only a matter of time before the radiation takes its tool upon the remaining parts of the world.

C.J. Thomason plays “Hunter”, a smart and survival-savvy medical student who at first appears to know what it takes to tough it out thru the fallout. As he gathers supplies with a few wanderers he meets along the way, it’s a quick dash to the nearest house cellar to take underground. The residents of the house agree to combine supplies so that the group can tough it out during the fallout period. With radioactive dust falling from the sky and everything contaminated, the group manages to stay alive by keeping underground and sticking it out for the duration. Edward Furlong pays Brad, a rude and overexcited local who is trying to keep his pregnant wife safe. Hunter is joined by Elizabeth, Jonathan, Angie, Jennifer and a dying refugee which they call Uncle. The supplies on hand seem to suffice with Hunter calling the shots about proper survival ethics during the duration. 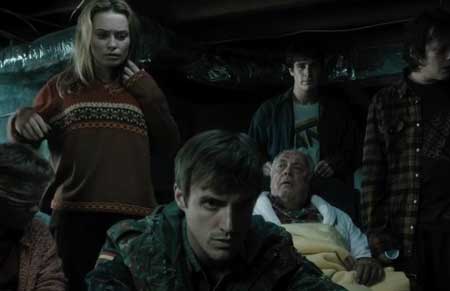 By all accounts, this movie feels like it should resolve itself into a “we-made-it” feel good film. Though what “Aftermath” does instead is explore with its audience how bad things can get and the certain realities that life after WW3 would entail. There are plenty of good tips on dealing with some common everyday “get-bys”, but as helpful as they are, this is a film intended for ultimate bleakness.

Much like the film “The Divide” there is some degree of group unrest and paranoia. Though as each waking morning brings on another day it becomes clear that the radiation is bound to get the best of them. All along in the background infected survivors that roam outside become victims to the new savagery that quickly emerges on this dying planet. The governments churn out message of hope that fall on death ears thru pre-written speeches that fail to inspire anyone. 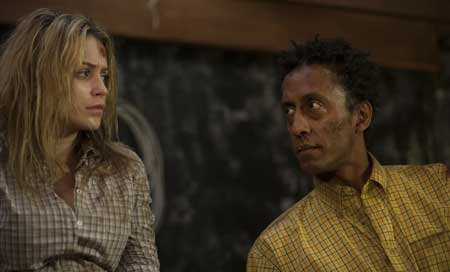 People begin to die, others fight amongst themselves, while the rest quickly fall to sickness and despair. This is not a film of hope but of revelation. Hopefully the message here is not how to survive but what we have to avoid as a nation to protect our planet. 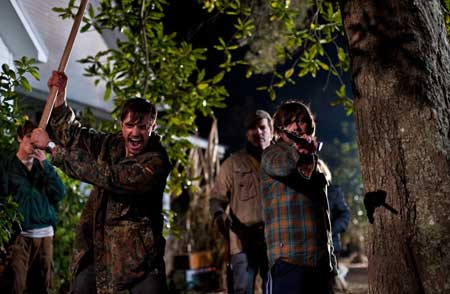 A fine film with a jarring message, “Aftermath” take itself seriously with some stark contrast on life. The cast here is well placed with C.J. Thomason really taking on the most grounded role of the team. Drama runs strong as life changes fro this pack of survivors. Actor Edward Furlong steps into his role comfortably as the annoying loudmouth of the group. “Aftermath” has plenty of a-ha moments that work to the strength of the film. 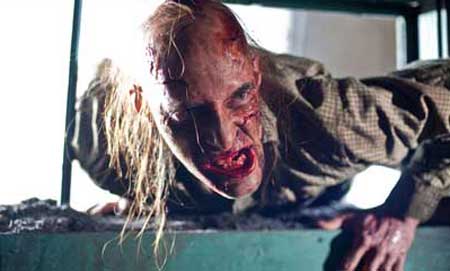 Those who have tired of zombie outbreaks and virally mad denizens will enjoy the more down to earth approach to the end of the world. If that’s not enough then take note of some of the techniques used to survive an apocalypse. Great job to writer Christian McDonald who really nailed this on the head. “Aftermath” works because it feels like what we would expected. It’s a film of awakening and hardships. Those who enjoy a good action drama will be more than satisfied with this film. Hair raising and as real as they come, 1 to see!