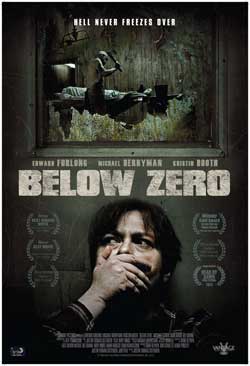 Jack, (Furlong) is a screen writer pressured from his agent to produce his next big hit for the anxiously awaiting studios. After numerous extensions and delays his representation makes arrangements to have him locked up in a meat locker within the confines of a remote, abandoned slaughterhouse. He’s picked up in a rustic pickup truck in rural, anywhere USA by Penny (Booth) a mutual contact of his agent who drops not so subtle hints that she too is a writer and respects the sanctity of a writer’s solitude. Incidentally she vies to have Jack read her own crafted manuscript for constructive feedback and criticism. Shut off from the outside world for a minimum five days Jack delves into the task at hand and soon appreciates the moniker of Jack the Hack he’d been brandished. Reality becomes stranger than fiction as an unknown force rears its unholy intentions in the deep freeze. Will Jack meet his deadline or will he succumb to his impending frigid doom? 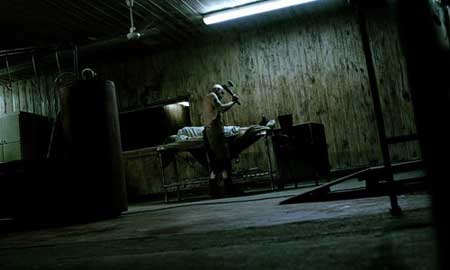 Review: Legend has it the writer of Below Zero Signe Olynyk actually arranged to have herself locked in an abandoned slaughter house as the ultimate inspiration in penning this dark psychological thriller. The use of shadow and props within the meat factory are basic but disturbingly effective. Decorated with countless razor sharp hooks, bone splitting saws and blood stained walls create an eerie foreshadow of things to come. Casting the ever creepy looking Berryman seemed like a no brainer and it is evident the make up department welcomed him in spades as his presence painted a most harrowing preview of what lurks just around the corner. 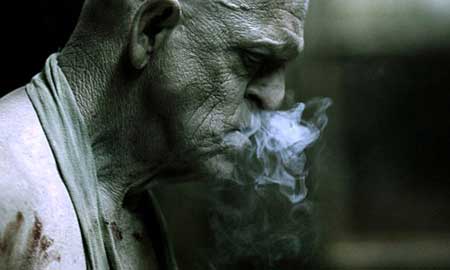 The cinematography is crisp, sharp and articulate, panning in and out of frenzied characters’ expressions to heighten the heart racing suspense. The viewer is captivated, invested into the picture before them, subconsciously drawn to the edge of their seat in anticipation of what happens next. We feel the frustration inside of Jack and cannot help but cheer him on through the obstacles he faces to resurrect his career. The musical score exploits every last emotion he feels when confronting his limitations. It serves as a constant reminder to John Q. Public of the everyday circumstances we face when in pursuit of our goals, dreams and fall from grace. Ostensen illustrates this well, seemingly on a subconscious level as we’re torn between empathy and disdain for the writer character portrayed by Furlong. 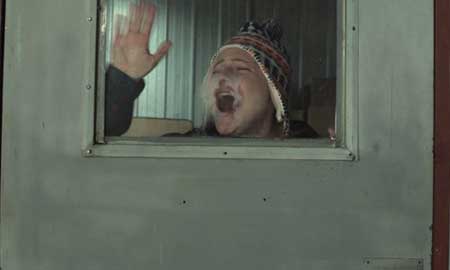 Ostensen executes a note-worthy plot with innovation and intrigue that Hollywood studios could take a lesson in fresh and new ideas 101. As Jack begins to create his initial draft, the use of flawless editing is showcased as his own fictional tale of a writer trapped in a meat locker with a serial killer is eclipsed with his own mirrored reality. He gradually loses his grip on his sanity. Several plot flaws begin to surface unto the audience that are unnerving and come across as a mild irritant at first glance. In actually the director illustrates this with perfection as we realize just why Jack is struggling with his draft so consistently. He scraps page after page, starting over time and again frustrated more and more as the plot will not piece together. Time is quickly running out. Furlong depicts the epitome of desperation in manner if detailed would surely be a plot spoiler but is worth the price of admission alone. 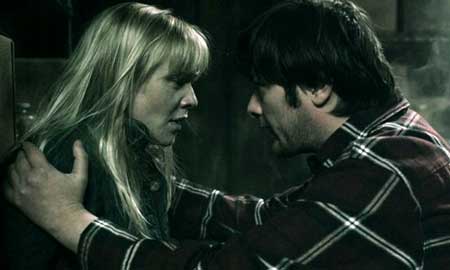 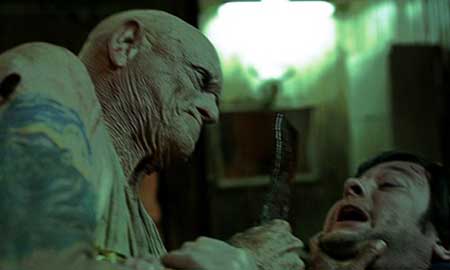 I particularly admire Ostensen’s use of set design, costume and characters with minimal special effects to create scene after scene of Jack’s consistent creative failures. Taken to its extreme the audience grows slightly confused with what’s present, ‘here and now’ and Jack’s actual tale. It makes for dramatic psychological story telling guaranteed to be a conversational piece long after the fact. In fact viewers may be tempted to watch the film a second or third time to decode what is fiction and what is portrayed as reality. Effective marketing?-Absolutely. As we decipher among our companions what exactly had just unfolded before our eyes a shocking climax twists the plot around to a finale of epic proportion.

Four out of five tombstones.