On my list of “flicks I must see” is ‘The Battery’ and I’ve been anxiously awaiting the Sept. 16th blu-ray release that is coming our way from ‘Scream Factory’, more so know since they have revealed that along for the ride on the disc will be a full length documentary titled ‘Tools of Ignorance’.

A trailer for the documentary is out and well worth a look:

If you’re not familiar with ‘The Battery’ it’s an indie zombie flick made for a couple grand and is prepared to take the world by storm. Here’s the official synopsis:

“Two former baseball players, Ben (Jeremy Gardner) and Mickey (Adam Cronheim), cut an aimless path across a desolate New England. They stick to the back roads and forests to steer clear of the shambling corpses that patrol the once bustling cities and towns. In order to survive, they must overcome the stark differences in each other’s personalities — Ben embraces an increasingly feral, lawless, and nomadic lifestyle, while Mickey is unable to accept the harsh realities of the new world. Mickey refuses to engage in Ben’s violent games and longs for the creature comforts he once took for granted — a bed, a girl and a safe place to live. When the men intercept a radio transmission from a seemingly thriving, protected community, Mickey will stop at nothing to find it, even though it is made perfectly clear that he is not welcome.”

One more reminder – the blu-ray hits shelves on Sept. 16th from Scream Factory. 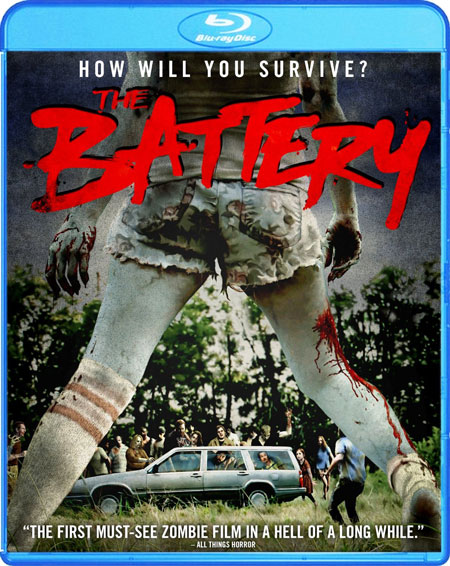