1980 was a huge year for Jamie Lee Curtis. It’s the year she starred in three genre classics. ‘The Fog’, ‘Terror Train’ and of course, ‘Prom Night’. While “Halloween certainly thrust her into the “Scream Queen” arena it was the release of those three films in 1980 that cemented her crown.

On Sept. 9th Synapse Films will release the later of those three – ‘Prom Night’.

If you’ve never seen this masterpiece of 80’s horror (how is that even possible?) here’s a quick rundown of what the flick is all about:

“Four Hamilton High School seniors have been hiding the truth of what happened to ten-year-old Robin Hammond for six long years. But someone saw what they did and is preparing for revenge–a prom night killing spree. Hooded, masked, and wielding an axe, he’ll stalk his prey in the dark, empty halls, striking when his victims are alone. And just as the spotlight falls upon the newly crowned king and queen, the killer will show everyone what his favorite game to play is…”

Synapse has along history of bring us quality releases and this one will not be any different. Get a load of these kick ass special features! 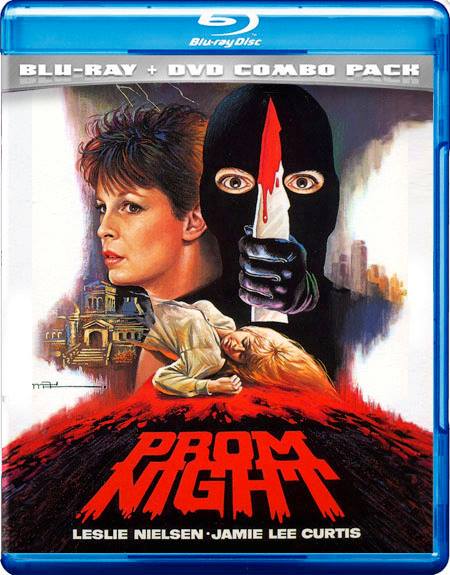