I don’t know that you can call it a classic but it most certainly is a cult hit and that’s reason enough for SCREAM FACTORY to give it it’s due with one of its coveted Collector’s Edition releases.

It’s heading our way on Aug. 12th and here’s what the release will include:

If you have never seen MOTEL HELL, well my friend you are in for quite the treat. Here’s the synopsis:

Farmer Vincent Smith (Rory Calhoun) and his sister Ida (Nancy Parsons) run the respectable Motel Hello where they also produce and sell popular meat products. But the wonderful flavor that makes up Vincent’s locally legendary smoked meats has a special ingredient. Their secret garden is filled with “animals” that they ambush, capture, and raise buried in the earth. But when the seemingly kindly couple, who gleefully dispatch their victims with aplomb, take in and care for a young woman (Nina Axelrod) who survived a motorcycle accident, she creates a rivalry between Vincent and his unsuspecting, slow-witted sheriff brother (Paul Linke) for her affection. Will the sibling squabble unravel Vincent and Ida’s undercover enterprise?

It’s a wordy way of saying they plant people in the ground and then make sausage out of them. Yeah, it’s a weird one but worth every second of your time. Kind of. 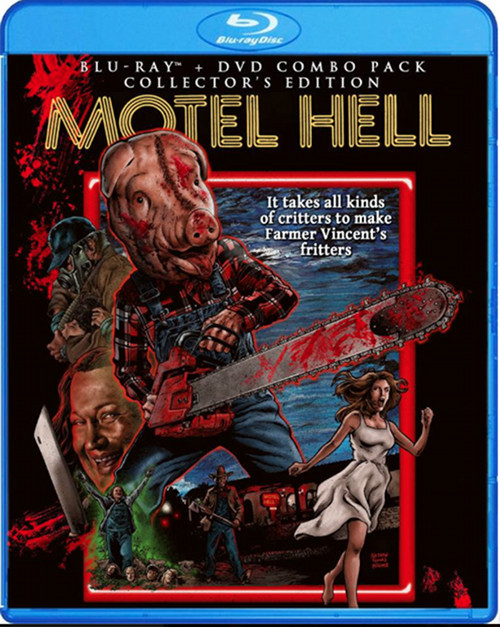