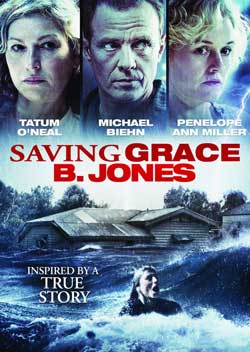 Landy and his family have a pretty happy life together until his sister Grace-who has been in an insane asylum for most of her adult life-moves in with them. It isn’t long before things start to go downhill as a result and before you know it Landy’s world begins falling apart. Based on a true story.

I like to allow myself at least one serious, non-horror movie a year and Saving Grace B Jones was it this time around. I didn’t know if I was going to like it or not as it is at the complete opposite end of the spectrum when compared to what I usually watch but I have to admit that I really liked it in the end. It isn’t a horror film by any stretch of the imagination and even though it has been labeled as being a thriller by some folks I have to disagree. In my opinion it is a very well-written and touching drama that warms your heart at times and rips it out at others due to the many utterly depressing things that take place before everything is said and done.  I thought that it was a great movie for many reasons and even though it depressed the hell out of me I really enjoyed it. 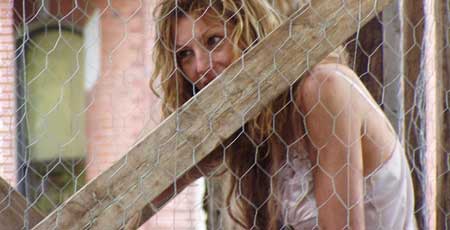 To be honest I was a little worried at first due to the fact that it had a To Kill a Mockingbird-like feel to it early on (I absolutely detest that book-and movie-with ever fiber of my being and don’t understand why they are considered classics of literature and film) but things pick up once Grace enters the picture. We know immediately after meeting her that she has absolutely no business leaving the asylum and that she is going to cause nothing but trouble for Landy and his family despite the fact that they are hopelessly optimistic about her release (as is most of the other people who live in town as they actually throw a party for her once she gets home). I don’t want to give anything away but let’s just say that things don’t quite work out the way Landy thought they would and in the end he comes to really regret his decision to let her live with him and his family.

I liked the fact that the problems that Grace causes for the family are subtle (at first). While she is definitely mentally unstable she isn’t the stark raving mad type that enjoys chopping people up with an axe or something.  She really isn’t a danger to anyone else (at least not intentionally) for the most part and the fact that she suffers from a mental illness is more depressing than anything else.  I thought that the way her mental problems were handled worked but if you go into this movie expecting her to go on a crazed and bloody killing spree you are going to be sorely disappointed. 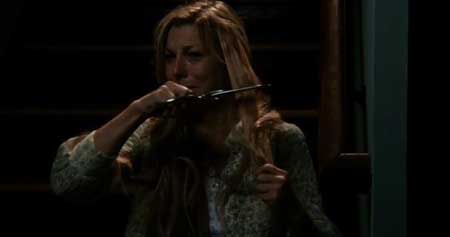 Did I mention that this movie is depressing? In all honesty it is one of the most depressing movies I have seen in a very long time and I actually had to watch cartoons afterward to make myself feel better.  It has an overall depressing tone to it in general (especially after Grace shows up) and if you are expecting a happy ending you may want to look elsewhere. I’m man enough to admit that I got a little misty eyed toward the end and I think that a lot of other viewers will too. To be honest parts of the movie are just plain heartbreaking and if you can make it all the way through without feeling at least a little bit sad you may want to check and make sure that you have a heart. 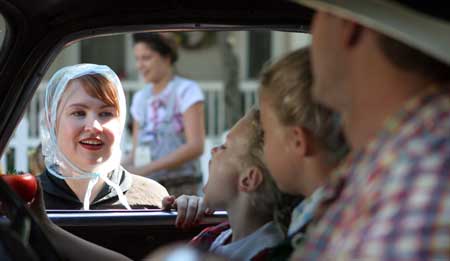 I can be one of the most uncaring assholes in the world at times (unless it involves animals) so when I am touched and saddened by a movie you know that it is really something. I’m telling you kids, if you watch this movie make sure that you have the tissues handy because you are going to need them. Believe me when I say that it is a powerful film that will stay with you for days after you watch it.

I thought that the cast was excellent as well. Michael Biehn really shines and shows his acting chops in the role of Landy. I really felt for the character and thought that Biehn did an awesome job of bringing him to life. Penelope Ann Miller does an equally impressive job in the role of his wife Bea and is just an all around likable character in general. Tatum O’Neal ends up really stealing the show though as Grace, and even though some reviewers have bitched about her performance I thought that she knocked it out of the park on every conceivable level. As a matter of fact I think that if the Oscars weren’t a total and complete joke that she would be nominated for the best actress award based on her performance. Sadly since they are nothing more than a popularity contest more than anything else and she isn’t one of the “cool kids” this won’t happen, but it would be really nice if it did because she deserves to be acknowledged for her portrayal of the character. 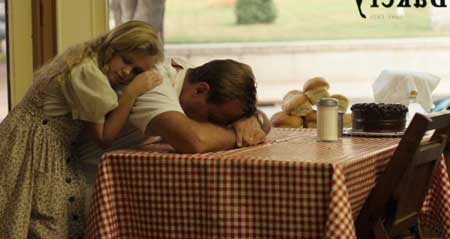 I thought that Saving Grace B. Jones was a very powerful and emotional film overall and I really dug it. It is intelligent, entertaining, and just an all around great movie in general.  If you are in the mood for something a little different (and incredibly depressing) give it a shot, you won’t regret it (Just don’t watch it the same night as you watch Ginger Snaps, Requiem for a Dream, The Plague Dogs, or Dancer in the Dark or you will end up being so depressed that you may want to slit your wrists as a result).