Some more release info made its way to the SCREAM FACTORY Facebook page and it’s all good. In the mood for some classic British anthology horror? Of course you are, what a stupid ass question. The info is a bit sparse but read on for what the fine folks at SF posted on their Facebook stream: 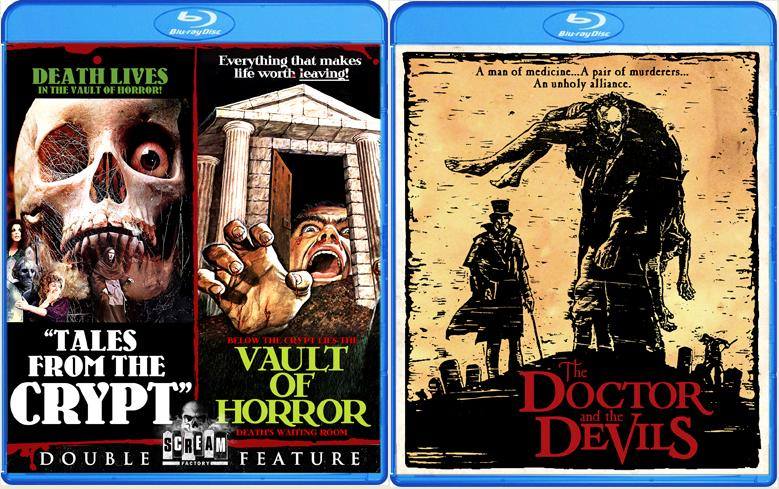 These two classic British anthology films will be a housed together as a double feature on blu-ray (both for the first time) and Vault will be presented in its uncut form.

Not familiar with THE DOCTOR AND THE DEVILS but that kick ass cast kind of seals the deal for me. Release dates and special features are forth coming so keep an eye and I’ll update you as soon as the info is released.