SCREAM FACTORY today announced all the goodies that will be heading our way with their Blu-ray release of DEADLY EYES the giant man eating Rat flick based on the classic James Herbert novel THE RATS. On July 15th they will give the film their now classic blu-ray treatment.

Originally released in 1982 it was a staple at the old mom and pop video stores back in the day. I can still remember that artwork staring at me every time I entered the horror section.

If you not familiar with the film, here’s the premise:

Grain contaminated with steroids produce large black rats that begin feeding on the citizens of Toronto. A college basketball coach (Sam Groom) teams up with a local health inspector (Sara Botsford) to uncover the source of the mysterious giant rats. When they discover that the rats are living in the subway, they try to prevent a new subway line from opening before all hell breaks loose underground. This is man’s last desperate, bloody battle to preserve the existence of the human race!

So, what goodies await us? Check it out: 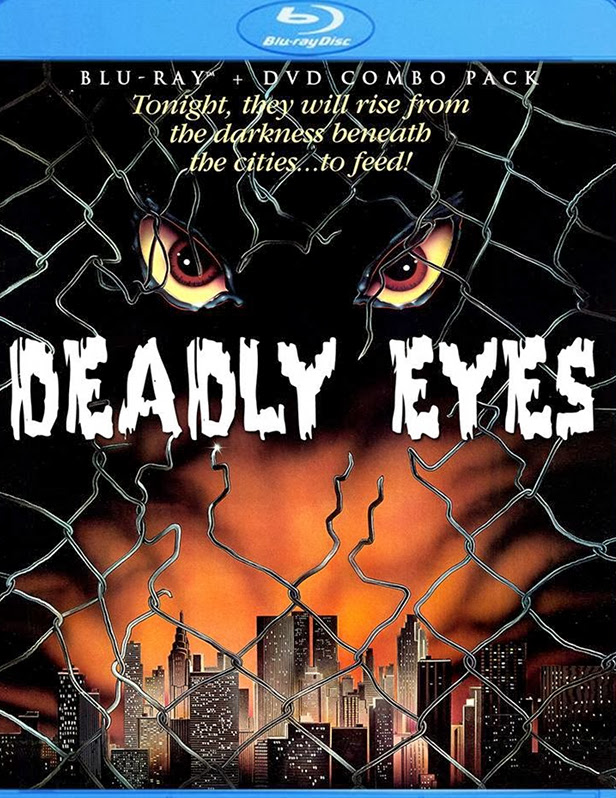