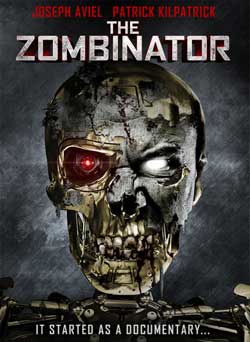 A fashion blogger documentary turns into a Zombie horror nightmare when Youngstown Ohio college students come face to face with the undead. Their only hope of survival is a former soldier turned zombie killer trying to protect them from a mercenary working for an evil corporation who developed the serum that causes zombie-ism.

There is only so much one can expect from a low-budget horror outing entitled “The Zombinator.”  The initial impression I derived from the name was that no motion picture under the majestic sun with that moniker could possibly take itself seriously, and perhaps a tongue-in-cheek splatterfest was on the agenda.  This foolish pipe dream did not come to be, friends. 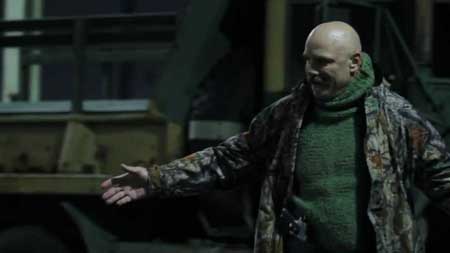 Television director and documentarian Sergio Myers takes this garbage painfully seriously, even using his ridiculous found footage (sort of) zombie invasion template as a soap box for ham-fisted speechifying about the evils of war and corruption of governmental power.  These moral monologues are delivered amidst unending parades of college students running and screaming, captured by camerawork so shoddy that it’s virtually impossible to determine what the hell all the running and screaming is even in response to.  It’s as maddening as it is woefully inept.

Beginning as a promotional film for fashion blogger Nina (Lucia Brizzi) and something of a travelogue for Youngstown, Ohio, we are introduced to the budding internet star as she shares breakfast with her folks.  Before setting out for a location shoot, the film crew details the city’s dubious history, involving high murder rates and unsolved disappearances over the years.  Though this conversation foreshadows nothing that follows, it provides the only interesting words to leave anyone’s mouth for the remainder of the runtime. 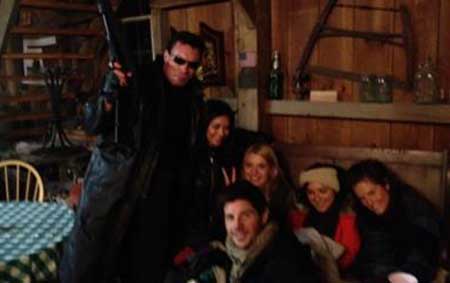 A quick stop at a train station overpass as Nina heralds the area’s photogenic beauty (despite its resemblance to a toxic waste dump in Hell) offers further extraneous tales of discovered corpses and a homicidal hermit who lives within the abandoned station.  After spying an apparently indigent man watching them from across the street, the group decides to pack it in and prepare for a party occurring later that day. 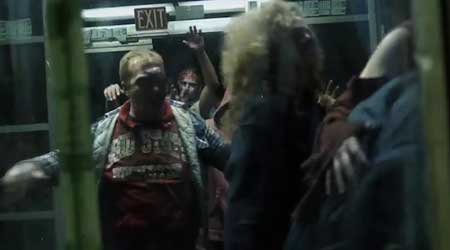 To their chagrin, they find that the evening’s festivities are in fact a wake for a fallen young soldier.  Mingling amongst mourning friends and family, Nina meets the Colonel, a war veteran who had served overseas with the deceased.  Supporting heavy hitter Patrick Kilpatrick of “Minority Report” and “Last Man Standing” does what he can with the role of the grizzled mercenary, who harmlessly flirts when not speaking gravely of brotherhood and heroism. An overwhelming amount of other twenty-somethings are introduced as well, though the only one who resonates is tall drink-of-water Yanna (Diana Sillaots), if for nothing else than her thick dialect and conspicuous aura of needing a punch to the face.  In the latter respect however, she certainly isn’t a minority in this cast.

An effective moment and proverbial poop in the punchbowl arrives in the form of a haggard little girl, who quickly bites the first hand offered in assistance.  This results in mass panic as everyone flees the premises, easily avoiding the ineffective zombies dotting the property.  Their escape is enabled by the shotgun-toting Zombinator, clad in what I can only assume is the actual Terminator Halloween costume.  Seriously, Arnie’s duds are shamelessly aped down to the leather gloves.  On the ironic side, actor Joseph Aviel actually portrayed Schwarzenegger in the direct-to-video spoof “The Starving Games,” so he’s experienced in mimicry.  He plays the titular role through a series of barely audible grunts and mumbles, which are admittedly equal products of both performance and extremely limited technical prowess in the sound department. 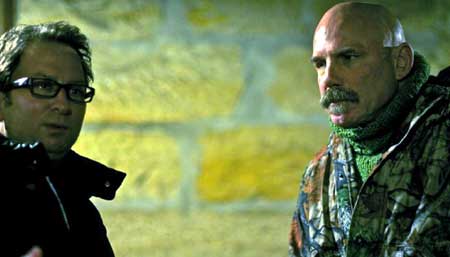 Hiding in the basement of a nearby school, Nina’s band of survivors are interrupted in their ad-libbed shrieking by a team of. . . get this. . . ghost hunters.  Yes, you read correctly.  Already bursting at the seams with approximately 50 too many uninteresting characters, “Zombinator” awkwardly works this gaggle of meatheads into the mix. Consisting of a skeptical host and two chain-smoking priests, I might have bothered looking up their names had they lasted longer than ten minutes.  They merely serve as baffling filler before the next wave of undead arrives to force another chaotic exodus.

All of this nonsense feels like tightly-woven cinematic cohesion once the final third rolls around.  Myers completely drops the found footage conceit at this point, opting for set shots that are no more professional than what preceded, just less jittery.  The Colonel reappears in full villain mode to explain his vague mission for a nefarious government agency looking to infect the population with the zombie virus to produce an army of super soldiers.  This is such a screamingly dull and familiar go-to plot twist, it doesn’t even bother me anymore that the concept was implausible the first time it was presented.  An accidental plague perpetuated by shady military laboratories is a conceivable outcome, but no piece of fiction has ever been able to relate a convincing rationale for unleashing a global epidemic by choice.  Not surprisingly, this particular “piece” is no exception. 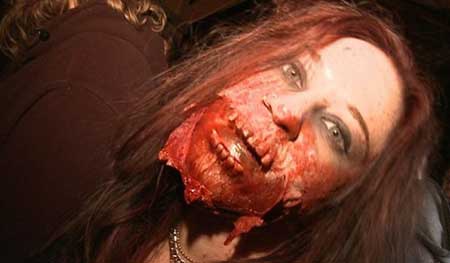 Soon events degrade into a lengthy, incoherent shoot-out between the Colonel and Zombinator, the two former comrades in arms now adversaries battling for the fate of the human race.  The rest are all but forgotten, materializing whenever Aviel needs to be rescued or Kilpatrick requires a quick hostage.  This climax is brought to stillborn life with computerized blood effects that make the mediocre zombie makeup look like a Rick Baker wet dream. 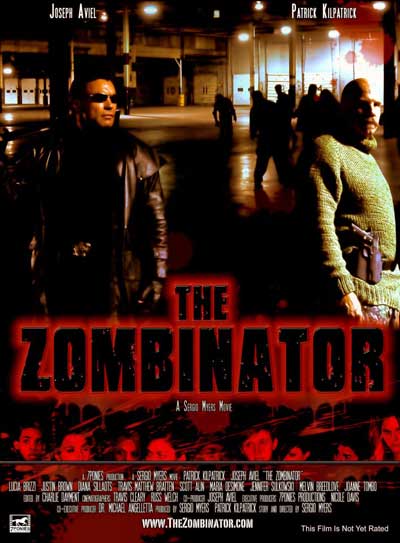 A flaccid attempt to cash-in on two tiresome trends (three if you count the paranormal investigators), “The Zombinator” is a film that begs the question of why it was even made in the first place.  When no attempt is put forth to create an entertaining product, it stretches beyond the point of mere disappointment.  It’s a crying damn shame. 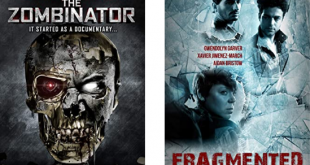 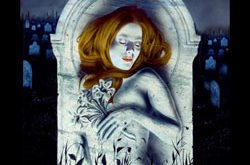 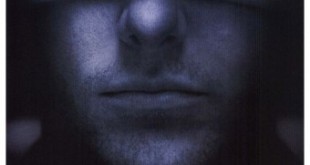