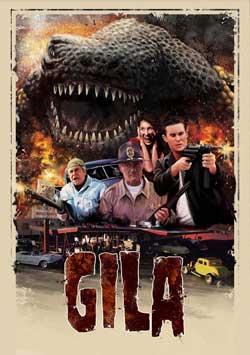 A giant gila monster is causing havoc, disrupting the lives of teenagers in a small town in the 1950s.

Jim Wynorski, director of CHOPPING MALL, the remake of NOT OF THIS EARTH, and about a thousand others, never quits. These days, when he’s not making softcore P*rn under his alias, Sam Pepperman, he’s cranking out made-for-TV sci-fi flicks, like GILA!, a remake of Ray Kellogg’s cult classic, THE GIANT GILA MONSTER (1959). 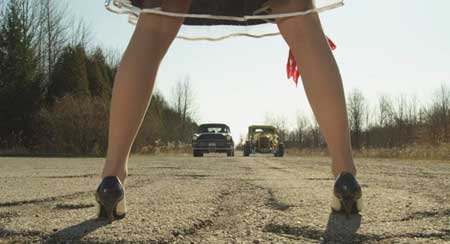 The story line is virtually the same as the original. It’s the 1950s. A giant gila monster lives in a cave with some toxic barrels in it. The creature attacks two teenage lovers in a parked car, and local law enforcement investigates their disappearance. The town’s baffled sheriff (Terence Knox) enlists the help of some of the victims’ friends. Chase (Brian Gross) and his girlfriend, Lisa (Madeline Voges) offer up their services. Chase is a hot-rodder, drag-racer, rock n’ roller, mechanic, but all around wholesome kid. And Chase and Lisa are always tangling with the mean, nasty, tough hoodlum Waco Bob (Jesse Janzen) and his girlfriend, Carla (Christina De Rosa).

While the town’s youth drag-races and spends time at the root beer stand, this giant monster is on the loose, eating people. Somehow, it’s doing so relatively unnoticed. That is, until the local investigation turns this lizard up. It then becomes a battle, as our heroes must fight off this scaly creature to save their town. 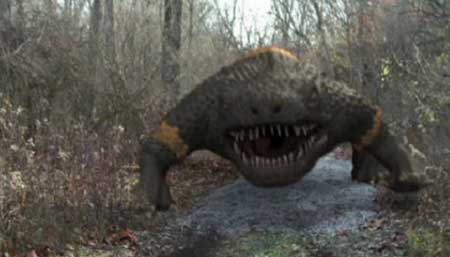 GILA! has been set in the ’50’s, but its chosen “period” looks–and feels–horribly unconvincing. The characters have modern haircuts, speak in contemporary vernacular. Madeline Voges even ends every statement with the inflection of a question. No ’50’s ladies did that. They could have at least dressed up the extras in clothes that didn’t look they were purchased the day before at a Target.

There are, at best, gestures that the time period is the 1950s–the cars, the hang outs, the music, etc. But it might as well have been set in current times, because the failed attempt at a “period” only distracts, making an already unbelievable movie that much more unbelievable.

But, I guess it’s been a while since a nostalgic atomic era monster movie came out, especially one with a Wolfman Jack-type radio DJ in it. So . . . 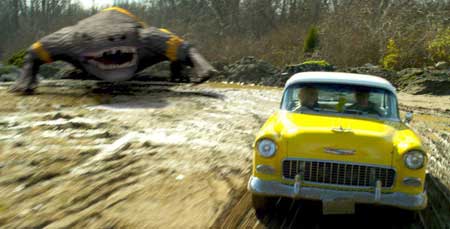 The original, THE GIANT GILA MONSTER, used superimposed close-ups of an actual gila monster for the creature scenes. I don’t know which looks more ridiculous–that special effects technique or the CGI they use in GILA! It is one clunky creature; I think THE LANGOLIERS had better looking digital effects. They use digital blood too, which looks hoaky. There is a scene where the gila monster devours a farmer’s wife holding a pitchfork. He chews her up and then spits out the blood-soaked tool. Another great gory scene takes place in a cave where two soldiers are tending to some chemical storage when the monster pops out, knocking some acid in their faces. These are among the more memorable scenes, but both look, more or less, like cut-scenes from SYSTEM SHOCK 2.

Yeah, yeah. I get it. The budget’s tight. SyFy Channel-caliber CGI is an affordable option. 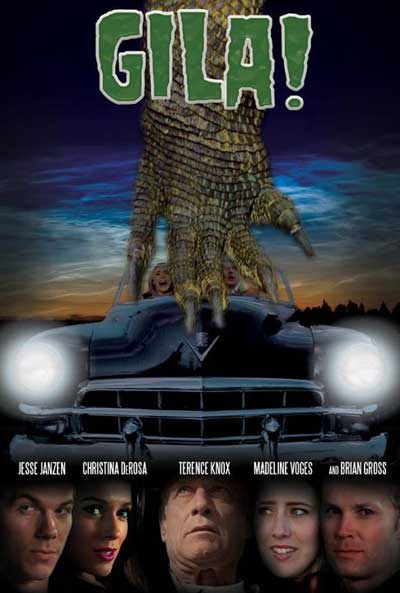 Really, the pacing in GILA! is its real weakness. The monster attack scenes are fun, especially when they involve two drunk Irishmen driving away from the giant lizard in reverse. But they’re spread thin. There are endless scenes involving the characters figuring out what the monster is, making you say, ‘get on with it, already!’ There’s also entirely too much driving around and inane dialogue. It often sits in one place, not driving its story forward, making GILA! feel overlong.

The acting is as you’d expect. No one character is in any way convincing, relatable, or doing much more than reciting lines.

Ultimately, Jim Wynorski has made much better b-movies over the years. As far as his made-for-TV remakes go, THE WASP WOMAN is much, much better than GILA! Unless you’re a die-hard fan of his, or love the original and are painfully curious, you’d best be advised to skip this one. By and large, it’s a bore. 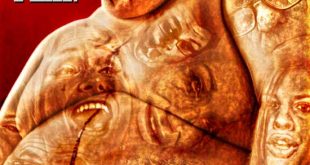 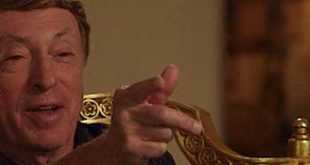