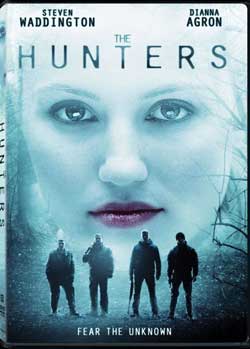 A new police officer wants to meet up with somebody in an abandoned fort in the woods. What he doesn’t know is that the place also serves as a meeting point for a group of hunters – whose prey aren’t animals.

Directed by Chris Briant, Written by Michael Lehman “The Hunters” is about a group of four guys, Ronny (Steven Waddington), his best friend Oliver (Tony Becker) and two younger men, (Jay Brown and Xavier Delambre). The first part plays out like a home movie, showing a group of guys hanging out having a good ole time after a weekend of hunting. Ronny and Oliver seem to take on the role as nurturers for the younger men in the group. The older guys swapped marital advice. Then they head out into the real world to carry out their everyday hum-drum lives. Ronnie is a school teacher and Oliver is a computer repair man. Neither seem happy in their day to day life. They are also unhappy with their home lives. (Ronnie and Oliver are just pitiful). 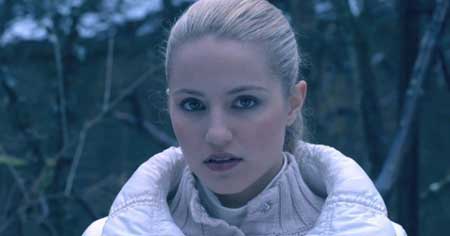 While the movie plays out Ronny and Oliver’s everyday lives we are introduced to Le Saint (Chris Briant) (who also directed the movie). Le Saint is a police detective and a retired Army veteran who has a few battle scars. There are a lot of confusing flashbacks where he is with a woman who is obviously not in his life anymore. (Sad to say, we never do find out what happened to the girl). He also has flashbacks from the war, but not enough where we can figure out what really went on. He goes to work for the police department and is faced with an overpowering rude jerk of a police chief Bernard (Terence Knox). Le Saint is investigating a string of Missing persons cases. Bernard seems to shoot down all of Le Saint’s ideas.

In an attempt to regain his strength and keep his sanity, Le Saint jogs through the park and runs into the very beautiful Alice (Dianna Agron). (This is a very pretty actress who was under utilized in this movie. I felt that they should have focused more on her and her friends and her attraction to La Saint.) There is some flirtation between Alice and Le Saint, but it doesn’t seem to take off the ground. Alice has a boyfriend (He seems more into her than she is into him). 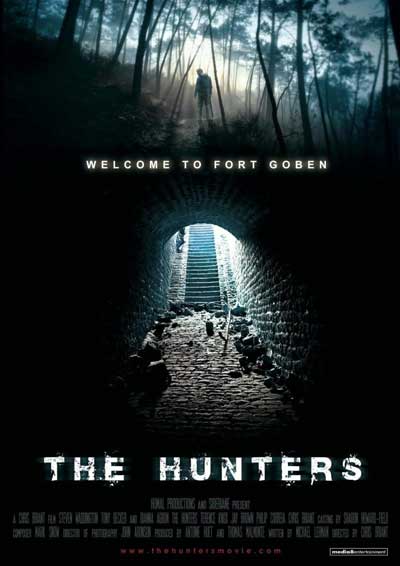 After a too long introduction of characters the action finally begins. All of the characters I just mentioned come center stage together at Fort Goben. The characters I had the most sympathy for in the beginning seem to turn out to be the ones we should fear the most. Ronnie and Oliver are really bad boys, who although seem so affectionate to each other, turn out to be hunters of the two legged kind. (Yerp, they spell their ‘Deer’ D-E-A-R.) They have been using Fort Goben as their hunting grounds and also as their evil, gory lair. There are some twists and turns I wont give away. Ronnie and Oliver have a leader, lets just say that. (Don’t want to give too much away, you want to know who their leader is you will have to suffer the same as I did. Lol)

When Alice and her boyfriend pop up in Fort Goben she runs into La Saint and he warns them at gunpoint to leave. He then disappears. (I have been wondering all day what else Le Saint had to do that was more important than to escort that girl and her beau safely off the property.) La Saint shows up later in time to witness a tragic event and then the action really gets stupid. The ending is much like the beginning. Confusing, boring and aggravating. 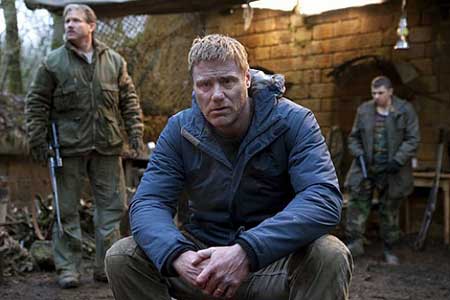 I am sad to say, I didn’t care for this movie. The first half of the movie lacks dialogue and nearly put me to sleep. The action part of the movie had potential for being good but lacked good dialogue. On the scare my booty off meter, I give this movie a one out of five (The acting was really scary). On the gruesome meter I give this movie a three out of five (It had some gory scenes, I will give it that) and on the acting level I give it a two out of five. I didn’t enjoy the movie. Maybe you will though.

The Hunters is now available on DVD from Lions Gate 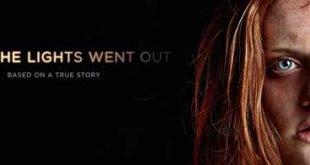 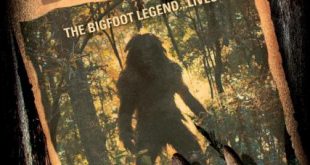 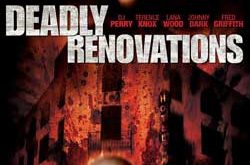