This past weekend was Wonder Con and one of the most highly anticipated events as this years con was the GODZILLA panel. The biggest buzz to come out of the panel was the six minutes of footage that they showed. It has popped up online a half dozen times or so through out today and each and every time Warner Brother’s has promptly followed the leaked footage up with a quick “cease and desist” that made it all vanish and I do mean quickly.

What is available though is the actual panel itself where director Gareth Edwards and others discuss the film. It’s about a half hour long and it’s actually quite good, especially if your as rabid about the release as most of us seem to be. Check it out below:

If Warner Brothers decides to release that six minutes of footage they showed at Wonder Con I’ll update with a link to view. I was lucky enough to get a gander of it, and it’s pretty damn fine. I would bet they just go ahead and release it in the next few days instead of wasting all that time and money trying to put out the “leaked footage” fires. 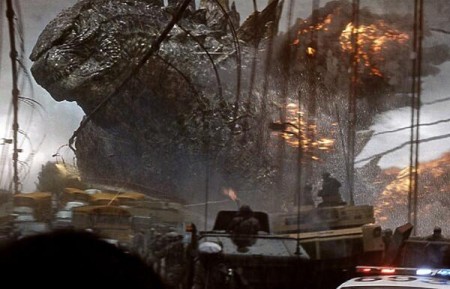