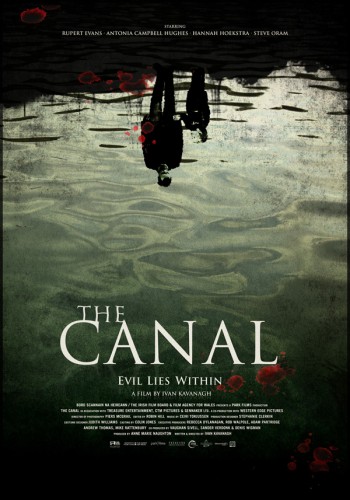 David Williams wants nothing more than to give his wife Alice the perfect life. Working as a film archivist, the young, pregnant couple finally save enough to buy their first home. Residing on the picturesque, Irish Canal it seems as though their prayers have finally been answered. An eerie coincidence unfolds at David’s office one day to threaten it all. In the screening room, he views a silent film from 1902 documenting an unsolved murder. Even more bizarre is the scene of the crime, the Williams new home. Will David be able to come to grips with their dream home being the sight of such grisly turmoil or will he become completely undone before The Canal?

Ivan Kavanagh’s The Canal (2014) is the most frightening film that I have seen since Greg Mclean’s Wolf Creek (2005). It is also one of the creepiest, most brilliantly photographed and edited psychological studies of recent memory, creating an overwhelming feeling of dread and constantly keeping the audience on its guard. I rarely get goosebumps, the hairs on the back of my neck generally don’t stand up, and I hardly, if ever, jump in my seat. The Canal, which screened this weekend at the 2014 Tribeca Film Festival, made me experience all three of these. Any film that does just one of these three things would command my respect; The Canal had me watching the end credits in reverential awe and silence, holding my breath until the final sounds on the soundtrack ended abruptly. Some of the film recalls The Shining (1980) and The Ring (2005) in terms of imagery and mood while boasting a brilliantly effective and frightening score by veteran composer Ceiri Torjussen.

David (Rupert Evans) is a film archivist who appears to have a wonderful home life. But as we learned in Eden Lake (2008), the appearance of normalcy at the start of the film will soon give way to murder and mayhem. David and his very obviously expectant wife Alice (Hannah Hoekstra) visit a prospective house to settle in as a family. 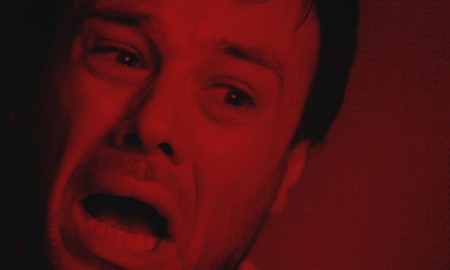 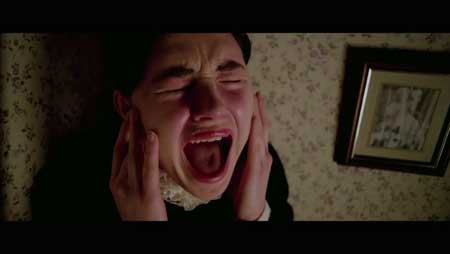 As Alice inspects the house, David sees what appears to be someone walking through the first floor. Perplexed, he swears that he saw someone. Five years later, their lives seem settled with the addition of their young son Billy (Calum Heath). David’s wife Alice keeps telling him she loves him just before they leave for work or following robotic sex. We begin to wonder if she is trying to convince herself more of it than David. At a dinner party, Alice rushes off to speak with a client, Alex (Carl Shabaan), but David notices Alex caress Alice’s arm in an act that indicates that they are intimate and probably have been for a while. She returns to dance with David, and we see the estrangement on their faces.

At work, David’s work partner Claire (Antonia Campbell-Hughes) tells him that new footage has come in and needs to be viewed for archiving. He is shocked to learn that it is footage of a 1902 crime scene that took place inside the bedroom that he and his wife now occupy. This sets into motion some of the most frightening and nightmarish imagery I have ever seen in a film.

As The Canal progresses, David starts to become unhinged. When his wife prepares to go to work, David pleads with her to come straight him and she promises to. After work, David follows her as she and Alex, their affair now obviously confirmed, walk to Alex’s house which is opposite a canal. David follows them from a distance, and catches them in the midst of sexual passion, leaving him feeling betrayed. He stumbles into the worst cinematic toilet seen since Danny Boyle’s Trainspotting (1996) and begins to see flashes of the murder that occurred well over 100 years ago. Like the best ghost stories, The Canal presents us with images that give us pause to determine if they are real or are just happening in the mind of the protagonist. 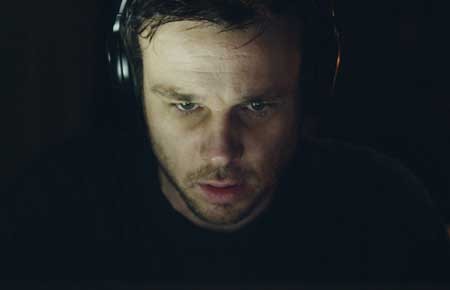 When David’s wife goes missing, he contacts the police and tries desperately to locate her. The lead officer on the case (Steve Oram) immediately suspects David killed her and asks him straight out; David is bewildered by the inquiry. His son Billy is too young to understand the concepts of disappearance and death; his nanny Sophie (Kelly Byrne) is concerned for Billy’s welfare but is afraid for her own safety and as David becomes more and more frenetic she feels the need to leave.

The film is beset in imagery that references pregnancy and childbirth; water plays a big factor, as does duality. The references in The Canal are two-fold – there is the canal where David’s wife’s body is found, and the birth canal is referenced in a scene of unnerving horror.  The Canal is a visceral, gripping film experience, one to be experienced theatrically.