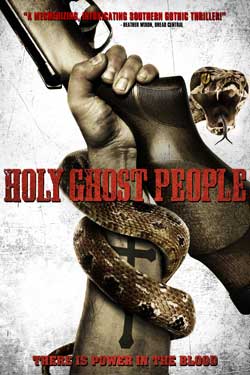 On the trail of her missing sister, Charlotte enlists the help of Wayne, an ex-Marine and alcoholic, to infiltrate the Church of One Accord – a community of snake-handlers who risk their lives seeking salvation in the Holy Ghost.

Christianity has taken a beating from the horror genre in recent years.  One could surmise this is a reflection of modern society’s ever-widening chasm separating believers from heathens.  Those of faith feel that their ideals are constantly under attack, a prime example of such outrage being the non-existent “War on Christmas” bitch that is pitched annually as mangers are erected in front yards before Thanksgiving.  Toss the likes of Fred Phelps (rest in Hell) into the mix, and it’s almost impossible to argue that the devoted aren’t begging for ridicule.

Gleaning its title directly from Peter Adair’s objective 1967 documentary, “Holy Ghost People” attempts to reinvent the same fly-on-the-wall tenor with a fictional mystery/thriller slant.  Set almost entirely within a tiny Pentecostal community of snake-handlers along the Appalachian Trail, this latest film from director Mitchell Altieri (one half of The Butcher Brothers) offers an engrossing slow burn along its path to both redemption and retribution.  Unfortunately, the ham-fisted manipulation of these two seemingly divergent elements quickly becomes an otherwise worthy effort’s undoing. 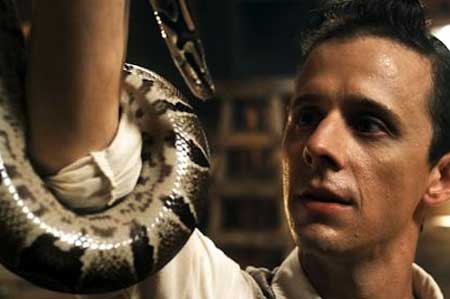 Boozy veteran Wayne awakens in his shoddy mobile home one morning after a bender to find waitress Charlotte in his shower.  He’d left his wallet at the tavern of her employment the previous evening, and she’s there to return it.  The unnecessary nudity was just an added bonus (for Wayne and yours truly), I guess.  Proving that there is no such thing as an unselfish deed, she requires a favor.  Her mother is sick, and she needs a ride upstate to Sugar Mountain to retrieve her sister Liz and bring her home.  This introduction, though dragging its heels before Wayne’s imminent compliance, is held aloft by capable leads Emma Greenwell and Brendan McCarthy, both of HBO’s “True Blood.”

Unbeknownst to Wayne, Charlotte’s sob story is a fabrication (the mother is long dead) to rescue Liz from an isolated Christian compound after receiving a desperate letter.  Ignoring the “Do Not Enter” sign upon arrival, they wander the tiny village (resembling a low-rent summer retreat) until they come upon The Church of One Accord and an afternoon service in full swing.  Led by the enigmatic Brother Billy, it isn’t long before poisonous serpent “Satan” is brought out of a crate and passed amongst the parishioners like collection plates at a Catholic mass. 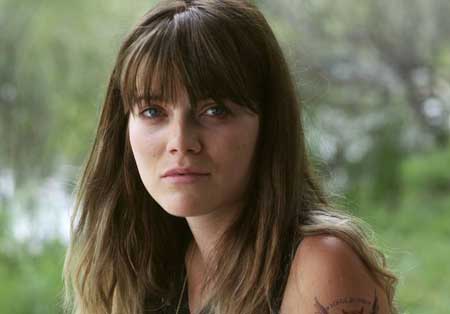 Joe Egender (from the Brothers’ woeful “April Fool’s Day” remake) portrays pious ringleader Billy with the uncanny look and energy of Giovanni Ribisi in the best role he’s never had.  His Billy is a palpable, mesmerizing presence throughout “People,” and the strongest asset Egender (who also co-wrote the story) brings to the character is an unwavering conviction to his own bullshit.  This is no garden variety evangelical huckster, friends.  Unlike Michael Parks’ wide-eyed Abin Cooper in “Red State” or even the very real Becky Fischer of the chilling 2006 doc “Jesus Camp,” his is an understandable Kool-Aid to quaff. 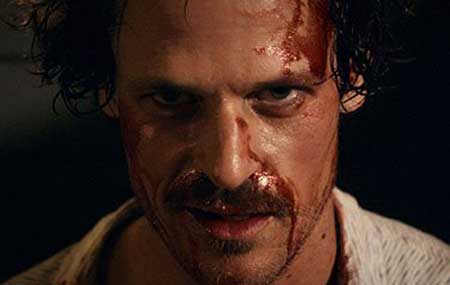 Under assumed names and the guise of father and daughter looking to escape the evils of city life, Wayne and Charlotte are accepted into the community.  Settling into daily routine, Charlotte secretly seeks out clues to Liz’s whereabouts while Wayne battles his severe alcohol withdrawals.  Through the middle stretch we are introduced to a handful of locals, including a scarred and possibly abused woman named Sheila (Cameron Richardson) who finds herself drawn to the surly Wayne, and fellow veteran Cole, outstandingly portrayed by Roger Aaron Brown of “The District.”  Though these supporting players could have benefitted from crisper fleshing-out on the page, Altieri is blessed with thespians talented enough to pick up the script’s slack.

Charlotte sneaks into Billy’s quarters and finds a picture of Liz in a drawer amidst vials of anti-venom, the presence of which are a subtle indication that the preacher may not completely buy into the dogma. When confronted, Billy confesses that she was turned away after being unable to kick her drug habit.  With their cover blown, our protagonists are shocked when the invitation for them to join the congregation still stands despite their deception.  Billy believes the church can mend their broken souls, and they begin to find hope in such a possibility existing. 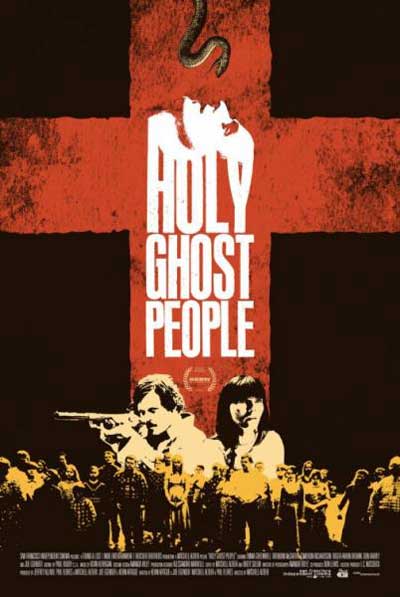 The deliberate pacing and sense of unease Altieri expertly infuses into the proceedings may not be enough to hold the interest of some, but I found myself immersed.  He and fellow Butcher Brother (I hope they’ve ditched that ridiculous moniker forever) Phil Flores have historically shown affection for outsiders and oddballs, as previously displayed in their uneven but involving “The Hamiltons.”  Also of note is the infusion of actual footage from the original “Holy Ghost People” into the moments when the congregation reaches a religious fervor, adding an unexpected layer of authenticity.

Such a pity that these dudes can’t wrap up a movie to save their lives.  “People” goes so wrong from the point of Wayne’s attempt at handling, I stopped jotting notes of complaint for fear of turning this review into an ongoing series.  The main fault lies in the baffling motivations behind everything Charlotte does once the situation turns menacing.  One such inexplicable act leads to another that had me desperately hunting for a stronger adjective than “inexplicable.”  Mind-boggling.  That works.  Considering the hidden agenda reveal that follows, neither expression truly does justice.  Every painstaking nuance (with the possible exception of the Sheila character) is abandoned for a finale that also fails to be remotely convincing.

In a film that favors a mood piece vibe over the initial seduction of mystery, it still puzzles as to why Altieri and Flores felt the desire to end this the way they did.  One would either be bored to tears by the sixty minute mark, or engaged in their ominous world of misfits.  They’d already lost the former.  Why “Holy Ghost People” opts to alienate the latter as well is anyone’s guess.  An intriguing disappointment. 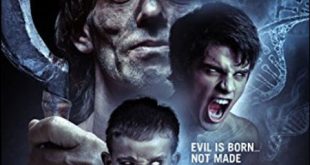 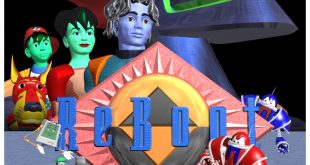