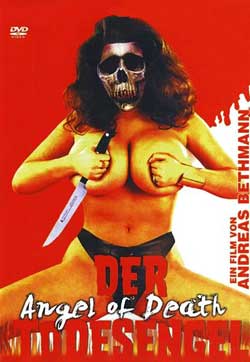 Der Todesengel translates into English as “Angel of Death,” but I guess that wasn’t an accurate enough title for Andreas Bethmann (director of Rossa Venezia, Exitus Interruptus, and many others). So he added some words, giving the final product the title Angel of Death: F*ck or Die. Maybe the association with infamous Nazi doctor Josef Mengele (whose nickname, in case you didn’t know, was the angel of death) wasn’t quite enough for this sleazy bit of exploitation. Either way, the title is the least offensive thing about this film, ranking far below the chopped up plot and the acting. 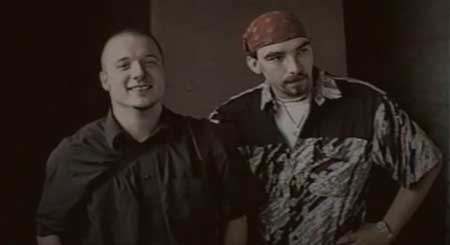 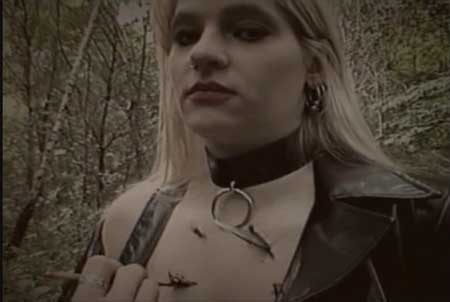 In calling Der Todesengel a rape-revenge film, I mean absolutely no offense to movies like Thriller: A Cruel Picture, Ms. 45, or so many others. To be honest, this is closer to a softcore p*rn film strung together by a flimsy, albeit gruesome, plot in order to still get it played on Skinemax. A model named Manila (played by adult film star Manila May) is assaulted and raped by two shady dudes who are looking to bolster their stable of prostitutes (the two guys are played by Mark Fehse and, of course, Timo Rose, who seems to have his hand in about 50% of Germany’s horror and exploitation output).

After having a strange, confusing nightmare involving a cat’s meow and one of the rapists, she gets violent. She first kills a guy from her building (and pleasures herself with his decapitated head), then exacts revenge on her attackers by killing off their prostitutes, then going after them where they do business. Meanwhile, a detective starts investigating the parts of a body found at a local park. And that, my friends, is the entire plot of Der Todesengel. 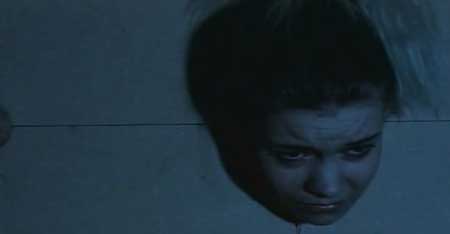 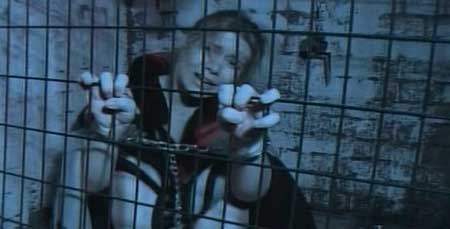 There is so much ridiculousness in this movie, it’s hard to decide where to start. Let’s begin with the positives. For one, although this is a German language film, there are English subtitles, although not knowing what the characters are saying may seem better to some people. Der Todesengel was made the same year as Bethmann’s notorious clunker, Die Insel der Damonen, but managed to be quite a step up in terms of action and story (which isn’t saying much). Probably the best part of this director’s cut of the film is the addition by subtraction; this particular edit of the film runs just about 88 minutes, while there are others that are between 141 and 160 minutes long! I can’t begin to imagine how bad the cut footage could have been. Well, maybe I can… 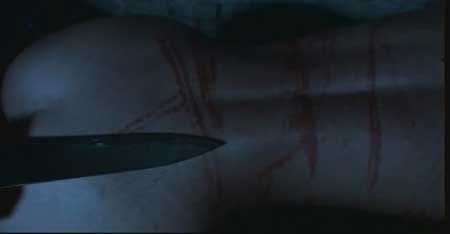 There are a lot of killings throughout Angel of Death: F*ck or Die, but most seem forced, like they knew they needed them in the movie, but only had a couple different ideas and so just kept doing the same thing over and over. For example, there’s a couple making out under a bridge, there’s a close up on boobs, then they get killed. Later, there’s a couple making out in the woods, there’s close up on boobs, then they get killed. In the other predominant killing scenario, it’s Manila picking someone up (man or woman), having sex with them, and then killing them.

There’s plenty of blood throughout, and some amateurish effects (which are fun and all, if you don’t mind them trying to pass off a Styrofoam-looking head as real when it explodes), and it seems like most of the women are in various stages of nakedness throughout (this is NOT one of Bethmann’s hardcore movies, by the way, unless that is what is in the other 80 minutes), but you’ve seen every bit of the story done better elsewhere before. 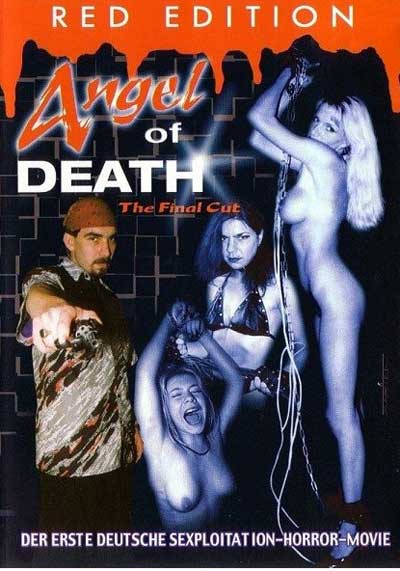 I wish I could fluff this up a bit, but this movie really isn’t very good. The acting of the main character, Manila, is just atrocious. She appears to be smiling through some of her more brutal scenes, her acting is on par with that of Eagleman commercials (Chicago readers know what I’m talking about), and she simply can’t deliver a line. Put up next to the shoddily-attempted stake through the body, a la Cannibal Holocaust (this one was never suspected to be real), or the scene where Manila goes into the “bad guys” warehouse and takes the time to masturbate while watching her friend get whipped, or the fact that the movie is actually named after a secondary character, a woman named Angel who enjoys whipping girls, who we learn next to nothing about, one has a hard time deciding what is the most offensive part of Der Todesengel. Not good enough to be a “real” movie, not hardcore enough to qualify as p*rn, and not “good” enough to be so bad it’s good, this one just kind of floats in its own forgotten limbo of bad movies. Sorry, Mr. Bethmann, 0 for 2 so far, but I’m more than happy to keep trying if you are.