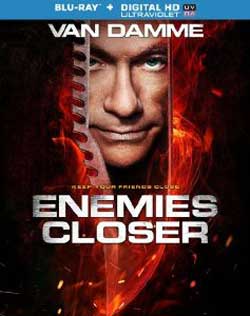 Deep within a forest on the US-Canadian border, two sworn enemies must work together to escape a ruthless drug cartel hell-bent on retrieving a drug shipment which went missing there.

Jean-Claude Van Damme as the bad guy again! Well you gotta hand to the guy, he’s keeping busy and still no slouch when it comes to fast moves and military combat swagger. Mr. Van Damme is surely busy these days, and seeing that I support the action heroes of my past, I’m always game for another Van Damme film. 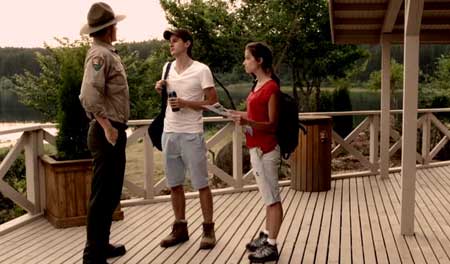 “Enemies Closer” is a film that almost instantly begins with few intertwining plot agendas. I thought it was actually refreshing to see that the filmmaker picked a location that was rich in scenery and full of vacation getaway charisma.

For starters we have actor Tom Everett Scott playing he role of local park ranger Henry. Henry works the vacation location known as Kings Island (not the theme park but an actual island) keeping the park clean, free from “tomfoolery” and as the acting sole authority for visitors. An ex militant, he has been residing there for 3 years in an effort to clear his head of past missions and take in the fresh air void of worldly complications. Hey, wouldn’t we all! 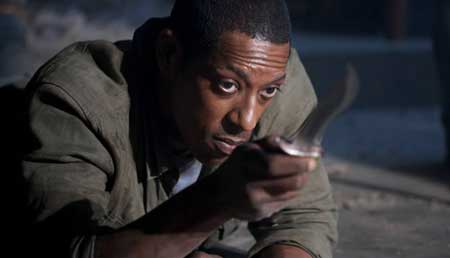 When an airplane crashes somewhere the nearby lake, a group of French Canadian thugs take over the island in an effort to recover what is assumed to be a lost drug shipment worth enough to make a fuss over. Lead by Xander (Jean-Claude Van Damme(, they waste no time in taking out local law enforcement officers so that they can scout the island without interference. Jean-Claude Van Damme lays down some cool militant moves despite the fact that his rather curious blond mop of a hairdo is borderline somewhat ridiculous (I wonder if that decision was intended for subtle comedic overtones??) 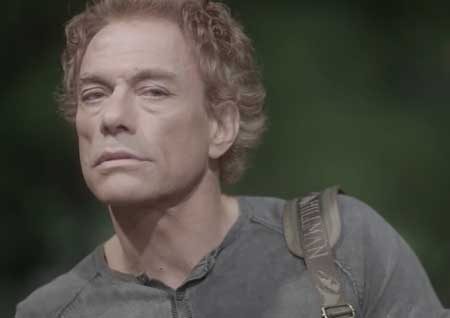 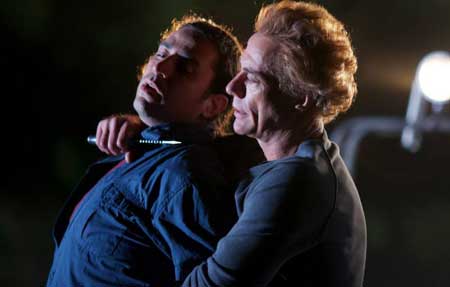 Henry who is about to embark on a long over-due invitation to a night out is suddenly confronted with the older brother of a ex soldier who was killed in battle due to Henry having to leave him behind. Orlando Jones plays Clay, the older brother fixed on “just revenge” by confronting Henry whom Clay wants to see dead. so if you are taking note, that’s 2 potential antagonists now in the mix.

This all seems to work nicely with a crossover of plots and subplots that will ultimately intersect on this small island.

“Enemies Closer” is by no means a martial arts film , however there is plenty of fighting and military style combat. The plus here is that all of it looks good in this island setting that is mostly filmed at night. 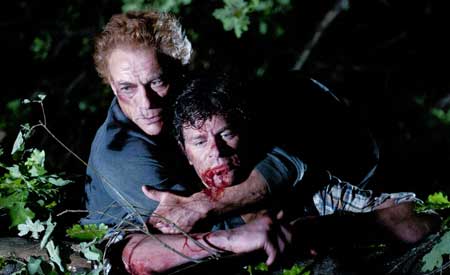 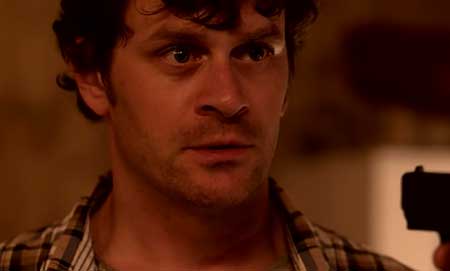 There are some surprises and some friendships made (go figure!)which fit nicely into the genre of releases this movie will appeal to. Jean-Claude Van Damme despite being the bad guy and main antagonist appears to be having fun with is role in this movie. I do get the choice of picking him for the bad guy role but for some reason, I kept thinking…this is perfect part for actor Denis Leary.

While not comedic, there are some lighter moments that keep it from stale. I cant say this movie is “that” inventive or by any means intended to be, however I could see this being lumped unto a 4 films for 1 DVD set accompanied by other Jean-Claude Van Damme movies of this style.

Enemies Closer” in fact seems to be a title foreshadow that echoes in the movie’s premise. hey, there is only so much you can rant on about these type of films…..so for the sake of getting to the point, it’s an action film!

“Enemies Closer” is now available on bluray per Lions Gate 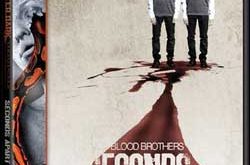 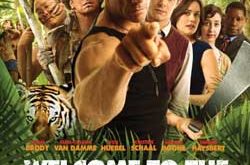 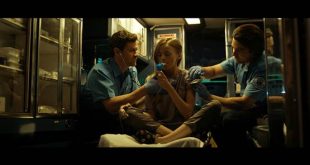