Written and directed by Bryan Coyne the film UTERO rather quietly began production over the last few days. The teaser art made its way to Facebook this weekend and to say it’s an attention grabber would be a bit of an understatement. 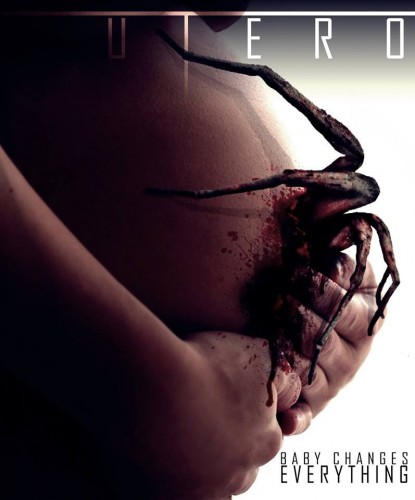 Starring Jessica Cameron the film tells the tale of “an agoraphobic unwed mother who finds her psyche unraveling as she becomes convinced that her unborn child is more monster than human.”