After LORDS OF SALEM director Rob Zombie said he was done with horror and moved on beginning work on a hockey flick title BROAD STREET BULLIES. It would appear there is some trouble on the ice and Zombie has decided to once again give the genre a spin. Talking with 3News let fly with the following news:

“I was working on this thing called Broad Street Bullies, which was a hockey film, but that got put on the backburner because something else popped up… I’d been working on this hockey film for over two years, it took so much research and work, and I was literally sitting with someone going, ‘You know, I have this other idea…

“And I said the idea and they go, ‘We’ll make that!’ And I put together a one-line pitch, because I didn’t want to go to pitch meetings and do all that. I’d call them on the phone and go, “Here’s my idea, blah blah blah,’ and they’re like, ‘We’re in!’ So you slave over something for years and it’s still difficult, and you say some crazy thing off the top of your head and they say ‘Where do we sign?’. And that turned into a weird bidding war. And that became the next film.”

“I think it’s something fans of the other stuff will like. Probably fans of The Devil’s Rejects will enjoy the most. It’s not connected to that film but it’s more on that headspace”. 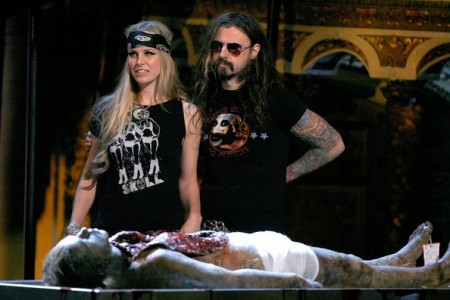