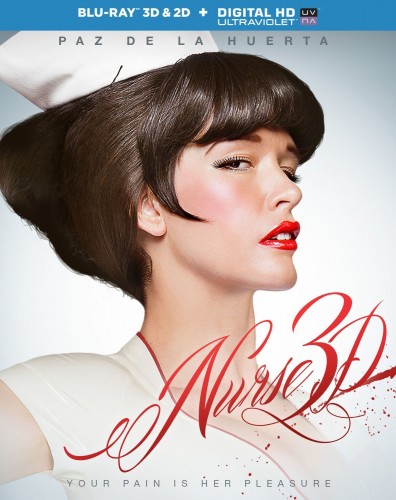 By day Abby Russell is a dedicated nurse, someone you wouldn’t hesitate to trust your life with. But by night, her real work begins…using her smoldering sexuality she lures cheating men to their brutal deaths and exposes them for who they really are. When a younger nurse starts to suspect Abby’s actions and compromises her master plan, Abby must find a way to outsmart her long enough to bring the cheater you’d least expect to justice. 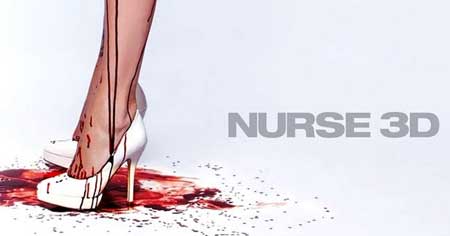 The plot (Co-written by Aarniokoski & David Loughery) is ridiculous, but serviceable. Abby Russell (de la Huerta) has decided that she is a type of avenging angel who’s out for revenge against every man she can get her mitts on and once she lures them into her arms (something that really isn’t that hard to do considering her looks), she summarily murders them with a near orgiastic glee. Abby just happens to be the head nurse at a local hospital and part of her job is training new nurses. Enter Danni (Drop dead gorgeous Katrina Bowden) who’s part of a new class of nurses just out of school. Abby takes an immediate shine to Danni and looks to make her more than just her trainee. Although the Sapphic aspects to Abby’s personality are on display the script takes pains not to label her a lesbian. She seems to vacillate between men & women with ease and it just so happens that Danni has caught her eye. Unfortunately Danni has a boyfriend, Steve (Corbin Bleu), who wants Danni to move in with him. 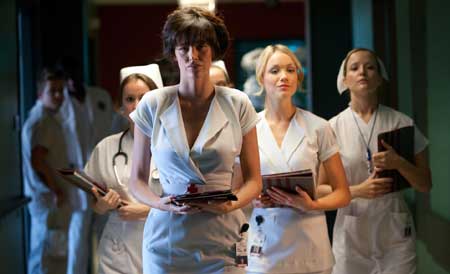 Danni’s first few days at the hospital don’t go too well, the pace is too fast for her to keep up with and she’s making mistakes. Abby notices this and takes Danni out for a night of drinking/dancing, purportedly to ease her mind. But Abby drugs her instead and brings her back to her home where she has her way with her & takes pictures of her having sex with a man they met at the nightclub. When Danni wakes up in bed with Abby (who just happens to be nude) she’s shocked & embarrassed and late for work. Abby implores her to take the day off and spend it with her but Danni refuses and goes off to work instead. This makes Abby…upset.

So she begins to weed out the men in Danni’s life in order to ease herself into Danni’s personal life. But Danni begins to sense that Abby is a bit too clingy and tries to distance herself from her. So Abby begins to make her life a lot more complicated and sends her the photos she took of Danni in some extremely compromising positions. And she also begins to eliminate all of the men that are in her life which includes her lecherous stepfather & a sleazy doctor that has his eye (& groin) on Danni’s body. Abby is certain she can convince Danni to turn to her when all of the distractions are weeded out of her life and the last one is Danni’s boyfriend, Steve. It all ends up in a gloriously gory mess with Danni & Steve chasing Abby through the hospital to hold her for the police. 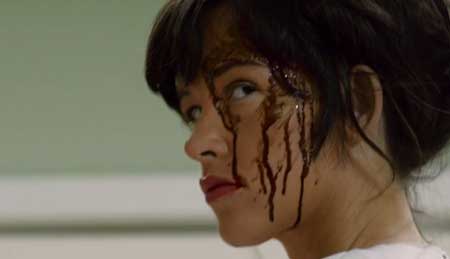 Let’s just be clear here, Aarniokoski wasn’t looking to make high art here. Nurse 3D is a gloriously campy mess of a film that might be extremely familiar but still entertaining. Films like this aren’t about plots – they’re about nudity, gore, sex & violence and Nurse 3D aptly fills each & everyone of those requirements with reckless abandon. One more thing films like this don’t seem to care much about are performances. That’s not to say that films of this ilk have to feature bad acting, I guess what I’m trying to say is that you don’t look for great acting in flicks like this and that brings me back to Ms. de la Huerta. She has a featured role on HBO’s Boardwalk Empire (which happens to be one of the best written and acted series on TV) so someone out there considers her to be an actress but her performance here just takes that theory and craps all over it. She’s a twitchy ungainly mess in here but it just so happens that all of those traits are absolutely perfect for this flick! Her size (in her heels she towers over everyone) make her impressively foreboding. Her wonky accent is from another planet. Her spray on tan is just plain ugly and let’s just say that her line readings leave something to be desired. But all of these traits just make her spot on perfect as a psychotic bisexual stalker! She’s just terrifically odd and palpably creepy here. I’d turn and run the other way if I ran into her in a dark alley for sure! The film would completely fail with the wrong actress in the lead but de la Huerta was born to play this role and in a considerably stupid way it’s one of the best performances of the year. 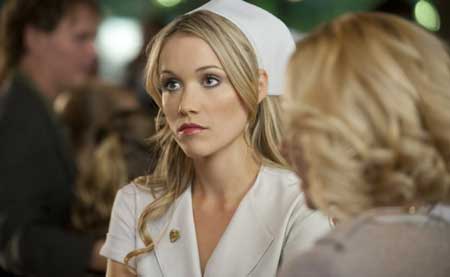 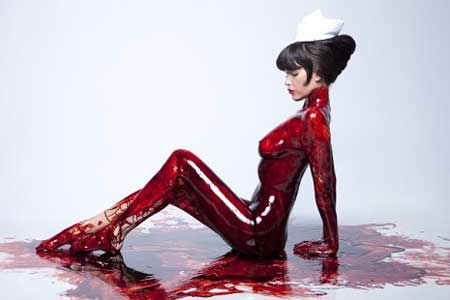 Everyone in the film does a great job here. Bowden brings a fresh faced innocence to her part. Bleu plays the boyfriend role to the hilt and Boris Kodjoe plays a hardnosed detective that also falls under Abby’s spell with a determined grit. There are some great cameos in the film as well! Judd Nelson plays horny Dr. Morris with enough of a sleazy veneer to make the audience hate him and Kathleen Turner makes a quick appearance as Nurse Betty Watson which might be a nod to her similar role as a psycho in Serial Mom (1994). All these performances help make Nurse 3D a ridiculously entertaining romp that constantly winks at its audience as it spreads blood all over the screen. All of its technical aspects are of the highest order although I don’t think it’s necessary to watch the film in 3D as I did, it doesn’t really take advantage of the format save for a few shots of sharp objects being thrust at the screen. 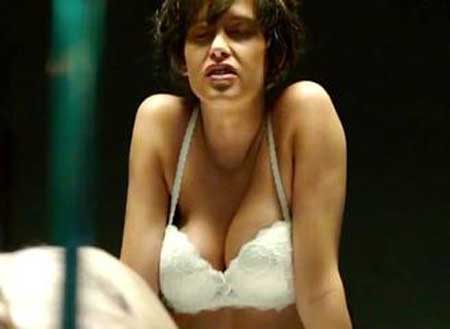 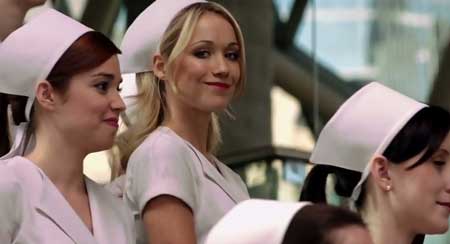 Nurse 3D has its feet firmly planted in satire and if anyone fails to see that then they’re not gonna enjoy it. It’s a loving homage to films like Showgirls (1995), Basic Instinct (1992), Mommie Dearest (1981) & the aforementioned Serial Mom and if you liked any of those films then you’re gonna love this one. It’s in limited release right now but you can watch it on VOD and I suggest you do as it’s one of the most entertaining films I’ve seen in a long while. It’s never gonna win any academy awards (although de la Huerta is a shoo in for a Razzie nomination) but it’s not looking for any. What it wants is to entertain and it does that impeccably.