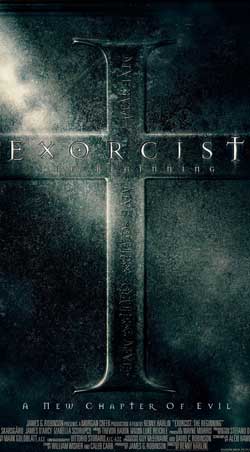 Years before Father Lancaster Merrin helped save Regan MacNeil’s soul, he first encounters the demon Pazuzu in East Africa. This is the tale of Father Merrin’s initial battle with Pazuzu and the rediscovery of his faith.

While the much anticipated release of another film to join the Exorcist franchise fell short, it still had some jarring moments incorporated within its smart but “somewhat” lacking plot line. That film is “Exorcist: The Beginning” released in 2004. Those of the horror community were already anticipating its arrival to theatres while also following in its much publicized production drama. Yes, this entry is unique in that the film itself was actually created twice. 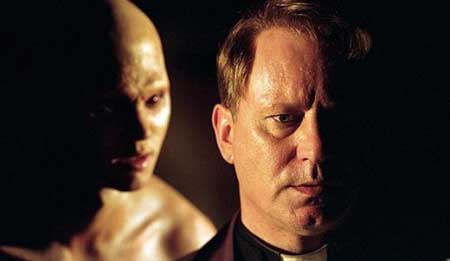 Before we get into that, let’s clarify what this film brings to the table. Presented as a prequel, Exorcist: The Beginning” was the 4th film in the film franchise series created with the purpose of giving viewers an origin to some of the events that would later arrive under the harrowing title of “The Exorcist” in 1973.

In the film, we find the younger Merrin (played by actor Stellan Skarsgård) on a sabbatical focused on his interest of archaeology and ancient historical relics . His expertise is called upon per an invitation of a mysterious antiquities collector, Semelier, who offers him a large sum of money to visit a British excavation site located within the Turkana region of Kenya. The collector requests that Merrin simply retrieve an old relic statue.

This is also the introduction of the demon Pazuzu who becomes the film’s primary demonic influence. The statue of Pazuzu would also make a return appearance at the beginning of “The Exorcist” film. With the devil’s influence woven into the theme of this film, it is “Pazuzu” who becomes the primary acting evil force (and the same that later possesses Regan in “The Exorcist”). 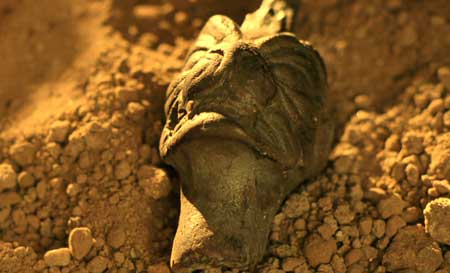 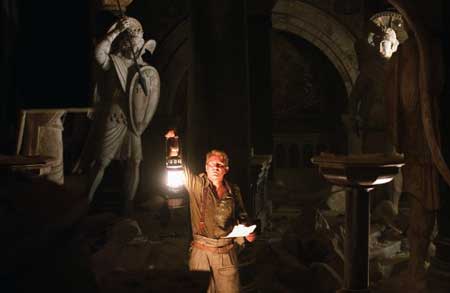 “Exorcist: The Beginning” begins its sage in the past showing the horrific slaughter of 1000’s of soldiers left for dead positioned on inverted crosses. As the film moves into the present setting of Merren’s younger years, the focal point of the film begins to center on the discovery of an ancient Christian Byzantine church built in circa 500 A.D and the oddly buried. This is later determined to be a decision made by the church to encase the evil that resides in this location. An evil that emerged from the location being the actual spot that Lucifer landed when he fell from grace. 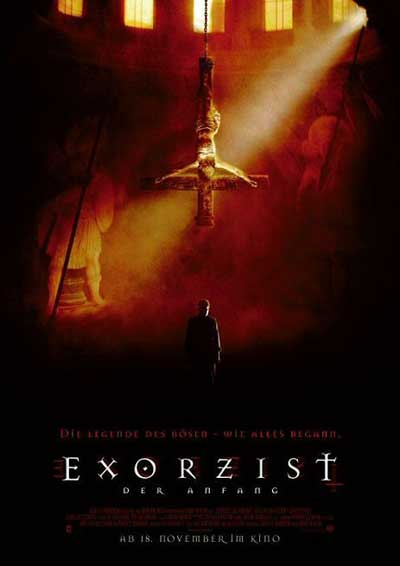 Accompanying Merrin is Father Francis, a Vatican scholar assigned to accompany Merrin on the trip. Merrin also encounters the rash boil faced “excavator in charge” (Alan Ford) Jefferies, who does more to annoy everyone than anything of any use. 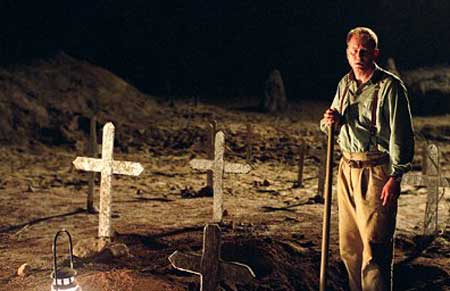 As the excavation continues to unveil more of this buried church, the area becomes “infected” with a aura of “evil unleashed” circumstance. Sarah who was stationed there as the on-site doctor with the dig, aids Merrin with some of the background needs while slowly becoming a victim to the evil itself. Of course this entails seducing the once former priest Merrin in the transition.

The movie does offer several instances that properly invoke a feeling dread and chaos whether in the form of angry hyenas or several upside down cross scenes.

The most significant arriving wit the possession of (Izabella Scorupco) Sarah who becomes possessed with the spirit of Pazuzu, the show’s finale. The scene as a whole falls somewhere between “working” and feeling silly with its obvious less than perfect of using cgi to aid the scene. While Sarah is presented with the horrific traits of being pose3ssed by evil, its not enough to elevate it to appropriate scary material status. 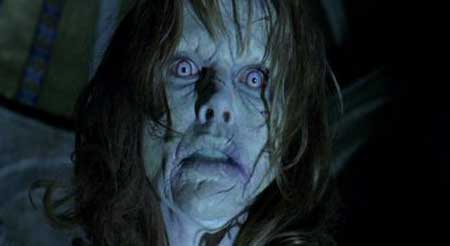 I’ve seen the film at least 3 times in the past, and have determined that while it does bring historical value to the franchise and positions itself as an “origin film”, it also suffers from being slow moving and lethargic. Its weakest moments were determined to be in its second act which just simply drags along not really offering enough to keep viewers engaged. Because of this, it also makes the ending feel a bit more forced than transitional prompting me to question if it its 3rd act was lumped as an attempt to save the film.

“Exorcist: The Beginning” as mentioned earlier was the 2nd attempt at the script of which was first completed under Paul Schrader’s version. Schrader’s version was eventually released after “Exorcist: The Beginning” re-titled as the movie “Dominion: Prequel to the Exorcist”. Though I found Schrader’s version to be extremely hard to stay awake thru while giving us the exact same story under different production values. The whole affair of releasing 2 films with the same plot meant for the same purpose was indeed a but odd and in my mind really scarred the franchise more than it did it good.

My final takeaway is that “Exorcist: The Beginning” is still a good film with some well written story segments. It outweighs alot of horror film releases but falls short of being a great product worthy of the Exorcist name attached to it. If you haven’t seen it, then that much is recommended. As far as me hoping it makes it to blu-ray…well, I’m in no hurry to see that happen.