Drafthouse Films, in conjunction with Cinedigm (NASDAQ: CIDM), will bring two of its recent theatrical success stories to Blu-ray and DVD in restored and remastered editions: the wildly ambitious and neglected sci-fi/horror epic THE VISITOR and MS. 45, legendary director Abel Ferrara’s gritty, gore-filled New York revenge thriller. The films will arrive, respectively, on March 4 and on March 25, 2014, with SRPs of $29.95 for Blu-ray and $27.95 for DVD. They come packed with bonus material in both formats. 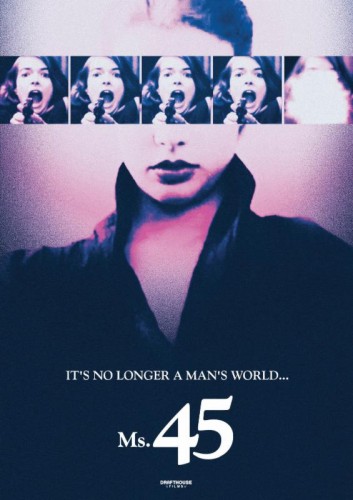 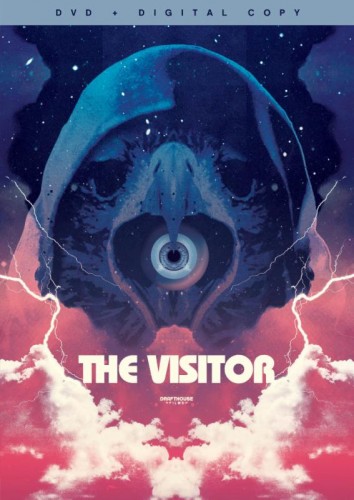 Incredibly ambitious but derided and largely neglected upon its initial release in 1979, THE VISITOR is an unforgettable assault on reality, a phantasmagoric sci-fi/horror/action hybrid. From writer-producer Ovidio G. Assonitis (Tentacles) and director/actor/body builder Michael J. Paradise (aka Giulio Paradisi – Fellini’s 8½),the film artfully fuses elements of some of the biggest blockbusters of the time (The Omen, Close Encounters of the Third Kind, The Fury, Star Wars, The Birds) and features a fittingly unique cast that includes Shelley Winters (Lolita), Glenn Ford (Superman), Lance Henriksen (Aliens), Franco Nero (Django), Mel Ferrer (War and Peace), Sam Peckinpah (director of The Wild Bunch) and, in the leading role, legendary director-actor John Huston (The Maltese Falcon, Chinatown).

Huston plays an intergalactic warrior who joins a cosmic Christ figure in battle against a demonic 8-year-old girl and her pet hawk, while the fate of the universe hangs in the balance. Multidimensional warfare, pre-adolescent profanity and brutal avian attacks combine to transport the viewer to a state unlike anything they’ve experienced – somewhere between hell, the darkest reaches of outer space and … Atlanta.

The result is an entertainingly hallucinatory and inscrutable mash-up that repertory cinema programmers around the country have rediscovered for late-night bookings. THE VISITOR now stands as “the Mount Everest of insane ’70s Italian movies” (Mondo Digital). In its program notes for the film’s recent run, Los Angeles arthouse The Cinefamily said, “Just when you think you’ve nailed down which direction the film is heading in, it completely shatters your notion of the time-space continuum.” The Village Voice’s Aaron Hillis called it “ridiculously entertaining … the schizophrenic mother of all ’70s drive-in oddities.”

From director Abel Ferrara (Bad Lieutenant, King of New York), MS. 45 was originally released in 1981 and quickly became a notorious cult favorite, an eye-opening study of a seamy, sticky, pre-Disneyfication New York City. But it had remained hard to find in the years since, until Drafthouse remastered the uncut film in HD from the original negative materials and booked it in theaters. The film follows a mute Garment District seamstress – played by the late model/actress/musician/screenwriter Zoë Lund (then known, at age 18, as Zoë Tamerlis) – who, after falling victim to multiple unspeakable rapes, unleashes a one-woman homicidal rampage against Gotham’s male population.

Fiercely independent auteur feature (originally rated X) was instantly regarded as a uniquely feminist entry in the urban revenge subgenre. In Brad Stevens’ biography “Abel Ferrara: The Moral Vision,” Ferrara recalls of the film, “It shook people up to see an innocent person like themselves suddenly becoming a wanton murderer.” Combining the rampaging angst of Death Wish and Roman Polanski’s surreal post-traumatic shocker Repulsion, MS. 45 returns from the cult underground over 30 years later to reclaim its title as perhaps the most shocking, complex and empowering vigilante film of the 1980s.

Special Features on THE VISITOR include:

Special Features on MS. 45 include: 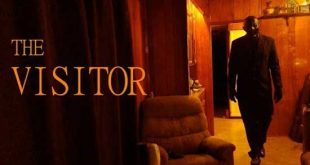 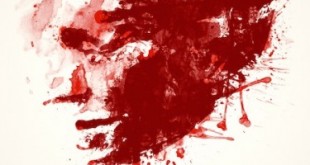