WE ARE STILL HERE Production Update 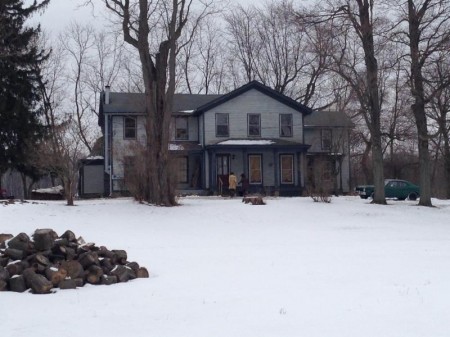 The cast of WE ARE STILL HERE includes genre icon Barbara Crampton (Re-Animator, You’re Next), Andrew Sensenig (The Last Exorcism Part II), Lisa Marie (Sleepy Hollow, Planet of the Apes) and actor-filmmaker Larry Fessenden (Wendigo, Stake Land). The film marks the directorial debut of Ted Geoghegan, the screenwriter of Don’t Wake the Dead and one of the producers of the anthology film ABCs of Death 2. The director of photography is Karim Hussain (Antiviral, Hobo With a Shotgun). Travis Stevens will produce with Greg Newman serving as Executive Producer.

WE ARE STILL HERE is an atmospheric, classically constructed haunted house story, but with modern, heightened tension and action. After their teenage son is killed in a car crash, Paul (Sensenig) and Anne (Crampton) move to the quiet New England countryside to try to start a new life for themselves. But the grieving couple becomes the prey of a family of vengeful spirits that reside in their new home, and before long they discover that the seemingly peaceful town they’ve moved into is hiding a dark, terrifying dark secret. They must overcome their sorrow and fight back against both the living and the dead as the malicious ghosts threaten to pull their souls – and the soul of their lost son – into hell with them.

MPI’s Greg Newman said, “Its compelling screenplay heralds WE ARE STILL HERE as a film that will captivate a wide range of movie fans.” Director Ted Geoghegan said, “I am honored that Dark Sky Films, which has been responsible for so many great, entertaining films, will be handling my first movie.”

“The haunted house film is one of horror’s oldest tropes.” adds Stevens, “We’re working hard to push the conventions of this subgenre in some exciting new directions. Our goal is to scare the audience in more interesting ways than simply having cupboards slam shut unexpectedly.”

Tags WE ARE STILL HERE 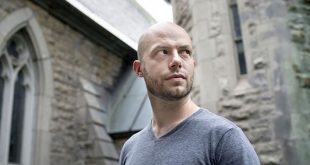 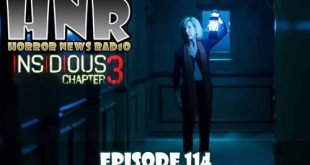