Dave dishes a new plate of HORROR NEWS OF THE WEEK with the sad news about the passing of Richard Johnson, the dissing of Uwe Boll and a new approach to getting Stephen King’s The Stand to TV and theaters. Also, Joseph Perry returns with a special review of San Andreas as seen in a 4D theater in South Korea.

Co-hosts Doc Rotten, Santos (The Black Saint) Ellin Jr., Dave Dreher, Thomas Mariani and Vixen, the voice of reason, are back again this week to give you the best in horror as they recap, review and obliterate all that is horror this week! Doc announces the winners of the latest contest as HNR teams up with Arc Entertainment for a Private Number DVD giveaway. 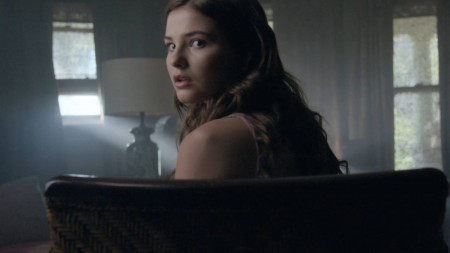 The Black Saint is known for being very public about his negative opinion about looking forward to seeing this film. Imagine the Grue-crew’s surprise when he reveals he enjoyed the latest chapter in the Insidious franchise, INSIDIOUS: CHAPTER 3. The story may be about the new family (Dermot Mulroney, Stefanie Scott) and their supernatural encounters, but the film belongs to Lin Shaye’s Elise. Scary with new threats without leaving familiar haunted faces behind, the film offers scares and shocks that offer a fun Summer horror film. 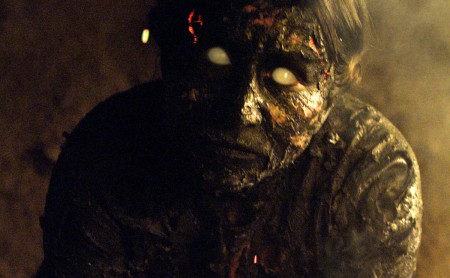 Ted Geoghegan’s first full-length horror feature, WE ARE STILL HERE, is garnering rave reviews online and in film festivals – and new fans. The gory haunted house feature continues to get high praises from the HNR Grue-crew – well, most of them anyway. Uh. Oh. The biggest shock is the amount of blood shed throughout the film. It is great to see Barbara Crampton in another horror film along with familiar faces Larry Fassenden and Monte Markham.

Dave shares the Horror News of the Week with news of the passing of Richard Johnson, the star of such classic horror films as The Haunting, Fulci’s Zombie and Beyond the Door. The production team behind the latest efforts to film Stephen King’s The Stand are looking to do an 8 episode Showtime series followed by a feature film. Scream Factory is preparing a Larry Fassenden collection featuring his films No Telling, Habit, Wendigo and The Last Winter. MTV has released a trailer for their television series of Scream revealing the new look for the Ghostface killer. Uwe Boll rattles the internet attacking horror fans for not supporting his latest crowd funding efforts. Yup. 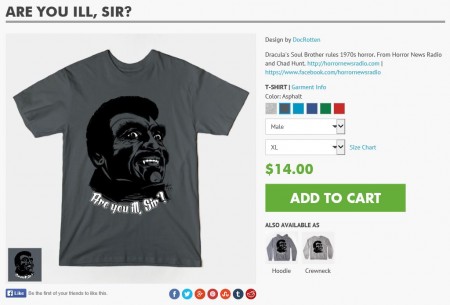