In an announcement that has most in the horror world cheering the fine folks at SCREAM FACTORY have announced their next new release and it’s a film that many a horror fan have been waiting to see in the glory that is Hi-Def.

Here’s the announcement as they posted it on their Facebook page:

*BREAKING!* We know you guys have been hungry for a new title announcement from us for awhile…so here’s one to satisfy your appetite…

RAVENOUS – the 1999 cannibal film starring Guy Pearce, David Arquette and directed by Antonia Bird – will be coming to blu-ray for the first time come this June with all-new extras planned!

No other details to report at this time. But check back here in next few months for more updates on this exciting project. The original theatrical poster key art will be used as artwork (as seen here).

No release info but as their announcement states, that is heading our way in the coming months. 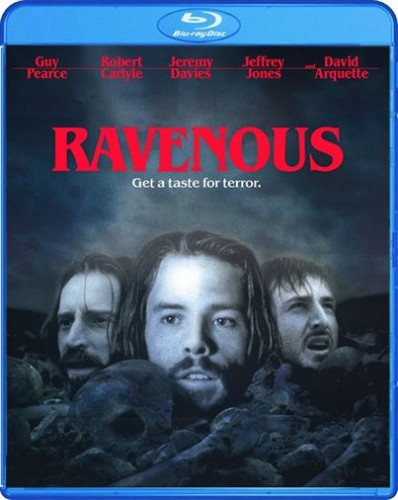