Home | Spin-Off To THE CONJURING Confirmed – And ANNABELLE Is The Star!

Spin-Off To THE CONJURING Confirmed – And ANNABELLE Is The Star!

In a move that is sure to have Horrornews.net‘s own Santos (THE BLACK SAINT) Ellin Jr. moving into a bunker for the near future, Warner Brothers / New Line has confirmed that they are moving ahead with the rumored spin-off to the James Wan hit THE CONJURING and that creepy ass doll ANNABELLE will be the subject matter.

There is still a lot of unanswered questions about this project but what we do know for sure is that John Leonetti will direct with James Wan handling the producer duties. Annabelle Wallis and Ward Horton have signed on to star. No story line or synopsis at this point, it’s not even known if the film will be a theatrical release or simply a home video add on to THE CONJURING family.

A straight sequel to THE CONJURING is also in the works so we’ll have to keep a close eye on this one (much like Santos keeps a close eye on that doll) and I’ll let you know when any more information is released. 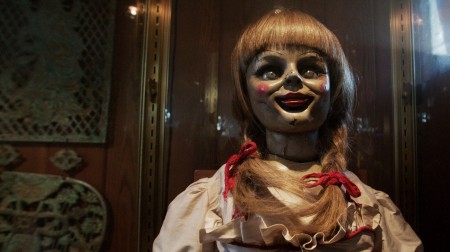 Tags Annabelle Spin off The Conjuring