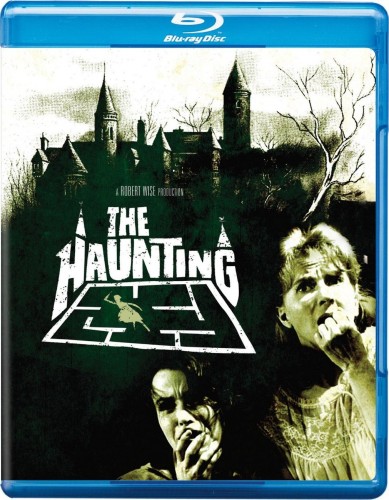 Dr. Markway, doing research to prove the existence of ghosts, investigates Hill House, a large, eerie mansion with a lurid history of violent death and insanity. With him are the skeptical young Luke, who stands to inherit the house, the mysterious and clairvoyant Theodora and the insecure Eleanor, whose psychic abilities make her feel somehow attuned to whatever spirits inhabit the old mansion. As time goes by it becomes obvious that they have gotten more than they bargained for as the ghostly presence in the house manifests itself in horrific and deadly ways.

The scariest ghost story I have ever seen filmed in black and white began as a 1959 novel by acclaimed author Shirley Jackson who was also known for her stories The Lottery and We Have Always Lived in a Castle.  Robert Wise, the film’s director, read the novel The Haunting of Hill House and was impressed enough with it that he optioned it for MGM.  He used the skills he honed from his Val Lewton days to create a good old-fashioned ghost story where the unknown is more frightening than what is known/shown. 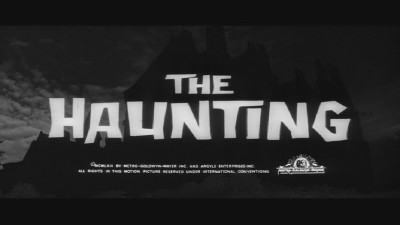 With a cast headed by Julie Harris, Claire Bloom, Richard Johnson, Russ Tamblyn, and Rosalie Crutchley (gotta love that name!), The Haunting tells the story of Eleanor Lance (Harris), a lonely woman looking for her place in the world after caring for her ailing invalid mother for eleven years and almost losing touch with reality.  As a result of Eleanor’s past dabbling with the supernatural, she is invited by psychic researcher and haunted house analyst Dr. John Markway (Johnson) to stay at Hill House and make observations.  This becomes her ticket out of a stifling existence with her sister, brother-in-law, and annoying niece. 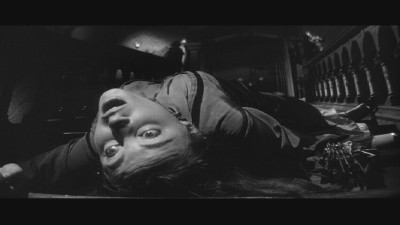 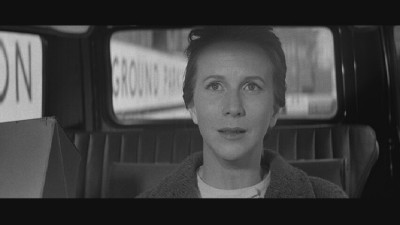 Theo (Claire Bloom), a beautiful and hip lesbian who possesses ESP, is a clairvoyant who joins the “experiment.”  Luke (Russ Tamblyn), a wisecracking doubter of the supernatural and heir to Hill House, is along for the ride.  Once the main characters make their introductions, they all retire to their respective rooms, which set in motion several creepy set pieces.  During the night, loud banging sounds emanate from down the hallway, frightening Theo and Eleanor as they crouch together in Theo’s bed like frightened children.  A cold sensation blankets Theo during the entire episode, and vanishes once the banging stops.  Incredibly, Luke and Dr. Markway report never hearing the sounds which are only audible to the women. 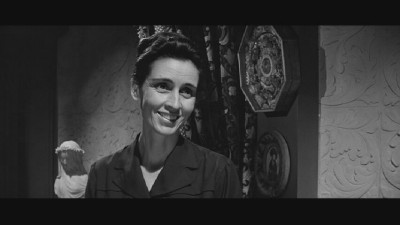 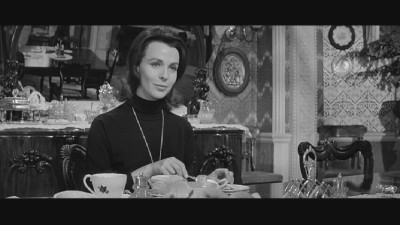 On another night, Eleanor hears faint child cries from down the hallway and feels as though someone is crushing her hand – even though no one is.  The carvings and shapes she sees on the wall look eerily like human faces.  As the film progresses, Eleanor becomes increasingly withdrawn from reality, and her fate, though sad, is exactly what she wants. 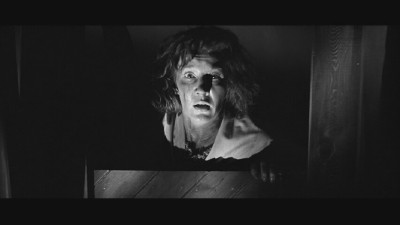 The Haunting broke a lot of ground for motion pictures in the early 1960’s: the film begins with a wonderfully creepy montage sequence that explains the back story of Hill House; lesbianism is hinted at throughout and this compliments the film’s restrained style of implicitness; the film was a breakthrough for its use of the Panavision lens which yielded a much wider image and due to elements inherent in the not-yet-perfected device it produced some distorted images; the eerie opening shot of Hill House against the night sky was shot using infra-red film.

My one carping with the film lies with Eleanor’s character.  Her “poor me” waif is a bit over the top and comes dangerously close to being annoying, which is unfortunate since she is the protagonist.  But the late Julie Harris, a six-time Tony-award winning actress, ultimately paints a sympathetic picture of a homely woman.

Seeing as this film was shot in the anamorphic 2.35:1 ratio, it should only be viewed this way.  Fortunately, the new Blu-ray from Warner Home Video more or less retains this ratio.  The 1.33:1, or cropped, version deprives the viewer of the film’s atmosphere.  The film have never looked better despite having been released on videotape, laserdisc, and DVD.

The sound is a carry-over from previous home video incarnations.  The audio mix is monaural, and the film would seriously benefit from an audio remix (sound effects-wise).  The Others (2001) is a perfect example of a film that works well due to subtle surround audio.

England’s Ettington Park Hotel in Stratford-Upon-Avon doubles as the film’s exterior, while the interior was filmed on MGM’s Borehamwood Studios near London.

Humphrey Searle has provided a brilliant score that, sadly, has not seen the light of day as a soundtrack album.  My understanding is that the original master tapes have been lost.  His score does for this film what Bernard Hermann’s score did for Psycho.

The film was remade in 1998 and was released the following summer.  The only reason to sit through this version is to watch Catherine Zeta-Jones (as Theo the lesbian!) parade around the monstrous sets looking jaw-droppingly beautiful.

There.  Now you don’t even have to watch the remake.  Aren’t I thoughtful?