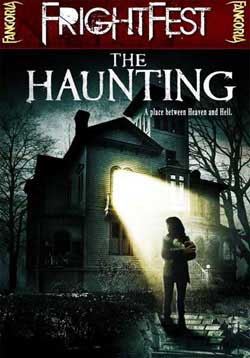 Hoping for a fresh start after a debilitating bout of postpartum depression, pediatrician Francesca (Ana Torrent) and her husband, Pedro (Francisco Boira), move to a house in the country. But soon, Francesca begins having mysterious visions and starts to question her sanity. After encountering a series of ghostly visitors, Francesca realizes that the old house holds dark secrets — especially the attic and the basement, which are both locked.

The death of a child, especially a first born child, can be one of the most traumatic things that a young mother could deal with throughout her childbearing years. After having to deal with a death of a newborn, postpartum depression can be a nightmare to deal with, even years after the initial death of the baby. In Elio Quiroga’s “The Haunting,” a young mother must learn to finally get over the death of a child to solve the mystery of the haunting in her new place of residence.

Francesca(Ana Torrent) is a pediatrician, and a mother to a young baby. The staff on her medical team in the maternity ward is concerned with her well being, because she baptizes babies that are stillborns. They advise her to take a vacation, so Francesca and husband Pedro(Francisco Boira) move into an old house in the countryside in Spain. Francesca speaks to her daughter Rosa(), but Pedro shows no interaction with Rosa. Francesca shows no sign of getting better, as she obsessively watches over her baby at night, and even falls asleep at the foot of the crib. When baby monitors are suggested to help Francesca keep a watch over the baby even though she is in the other room, strange happenings keep occurring as Francesca grows suspicious of the happenings in the house.

While Pedro is away at work, Francesca talks to Rosa about three girls that roam the house and a lady that is bad. Francesca hears all sorts of bangs and voices coming from the walls of the house, and even hears chants coming through the baby monitor from the baby’s room. The horror ensues as she finds an attic in which ceremonial offerings in the form of fake body parts hang from the ceiling, and form a giant creature that attacks her. Her husband comes home, and finds her in a hysterical rage with writing in blood on the wall. After it is suggested that the baby is taken away from her for her own health, she goes to see a catholic priest Father Miguel(Hector Colome.) Miguel listens to Francesca’s pleas for help, and also is able to see Rosa, which the viewer finds out is an apparition of Francesca’s firstborn dead daughter. Father Miguel agrees to help Francesca with the paranormal happenings at the house, and informs Pedro that the problems that his wife are having are not just part of her obsession with the death of her first child.

The settings were what made the movie for me, as the movie was shot in a very dark tone and light. The paranormal activity that happened within the house was bangs and shadows that are typical in a supernatural flick, but also integrated some CGI apparitions that took away from the realism of the story. From the giant demonic ghost that attacks Father Miguel at the end to the CGI fire that takes the house away from them, my interest in the movie was taken away when these elements were overdone. After visiting the website for the movie (NoDothemovie.com) , I was interested in the historical context of the movie since it is claimed to be based on true events. “The Haunting” encourages the theme that Catholicism in practice contains secrets that are hidden from public eye, as things that are hidden dealing with miracles and exorcisms. There was no blood, gore, or bad language in the movie, which could easily fall under a PG-13 rating, but was surprisingly given a rated R by the MPAA.

Elio Quirga’s “The Haunting” mixes religious skepticism with supernatural themes to produce a terrifying thriller about a young mother’s struggle to overcome her burden of the death of a child. Even though there are some interesting old documentary footage that was vying to add to the realism of the happening with the movie, the story is definitely nothing new in horror genre of possessed houses with spirits begging to explain why they are there. 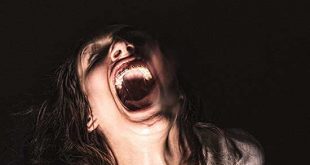