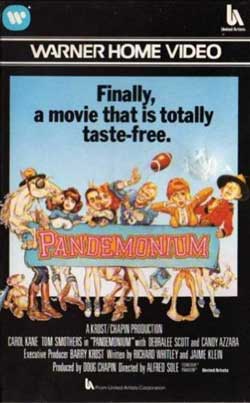 Tom Smothers stars as the brave mountie, who along with his trusty horse and bitter deputy Paul Reubens must track down a killer who is stalking coeds at a nearby cheerleader camp.

With the Scary Movie franchise outright refusing to die, it’s pretty easy to make the assumption that spoof hit its lowest point at the turn of the millennium. When Mel Brooks left the director’s chair, there was definitely something lacking from there on. However, it is important to remember that, while Mel Brooks’ reign of hilarity was a golden age for spoof, there were still quite a few duds speckled among the gems. 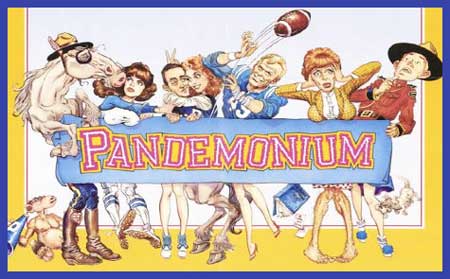 Which brings us to Pandemonium.

An hour and seventeen minutes has never felt so long.

Taking the generic slasher as its premise (with a dash of Carrie for good measure), we focus on a cheerleading camp that sees its six cheerleaders being killed, one by one, by an unseen maniac. There’s also a Canadian Mountie present for arbitrary reasons and, well, there’s isn’t much more to say because the events of the film are just a mass of incoherent contradictions that defy any sort of synopsis.

To say this film has a ‘main’ problem feels naïve. The film as a whole is a complete mess. It doesn’t flow with any sort of narrative sense. Spoof has a tendency to do this, but in small, concentrated doses. Take the musical number sequence from Blazing Saddles for example. This is a ludicrous scene, but it only appears as such when placed in contrast to the Western setting which, in turn, makes it hilarious. 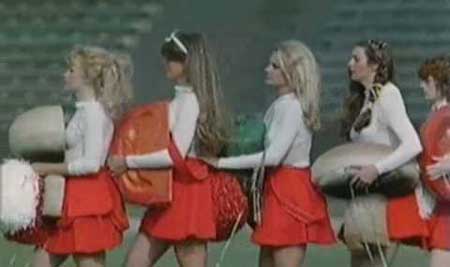 Pandemonium, on the other hand, just can’t decide on any sort of narrative arc. It constantly derails itself, losing its narrative focus completely and working within the moment in the hopes of producing an immediate laugh. In a sense, the title is incredibly apt.

The mountie, as mentioned, is irrelevant to the plot, even in a plot as flippant as this. We cut to his ‘antics’ at several points of the narrative in the vain hopes to make him interesting/relevant, but to no avail. If he wasn’t technically a love interest, and happened to have a horse with which to ride off into the sunset, he would have no function in the film whatsoever.

This sort of problem is irrelevant in spoof films provided the film itself is actually funny.
To make this point as irrefutably clear as possible: There is One Joke, and One Joke Only in this entire film. It is a Carrie reference. It is worth a giggle. One Giggle. Nothing else in this film is funny. Nothing. 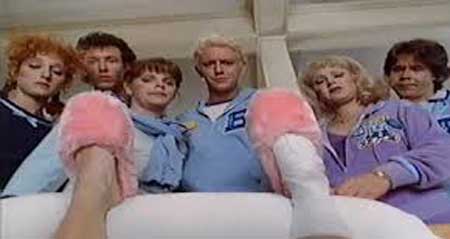 A ludicrous amount of effort is put into the first major joke in which 5 cheerleaders are standing in a row, while holding giant fake vegetables, at which point the killer skewers them with a javelin, thus prompting the headline ‘Cheerleaders are Shisk-ka-bobbed!’. This occurs about 5 minutes after the initial set-up, long after we have seen the joke coming.

Several minutes are dedicated to a girl who is obsessed with brushing her teeth, the joke being that she has tooth shaped teddies, uses too much toothpaste and brushes her teeth twice. Thinking the gag funnier the longer it is played out, this is the closest I have ever come to crying with boredom. 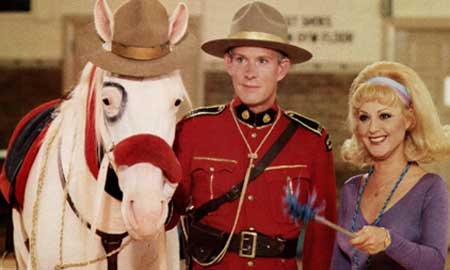 At one point we cut to an airplane, Tokyo Air, where, of course, Godzilla Jr. is a steward. Just in case the Racism was feeling lonely. 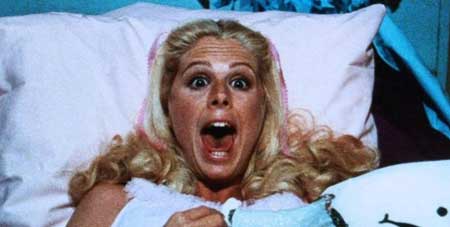 Pandemonium feels as though someone who had their sense of humour surgically removed is attempting to ape a Mel Brooks movie by going through all the motions.
It has too many characters, all of whom are defined by one quirk and nothing else. It genuinely feels as though there was never a script. It is shamefully cheesy, strikingly unfunny and unbelievably dumb. Avoid. This film is a colossal waste of time.