Breaking Glass Pictures and Vicious Circle Films are proud to announce the November 12th DVD release of As Night Falls, featuring the resurrection of Hell of Fame scream queen Debbie Rochon as a mother with an axe to grind. Written and directed by Joe Davison, As Night Falls is a blood-splattered, shock-filled slasher that proves home is where the heart is…and the lungs and the guts. The film stars Rochon, Deneen Melody (“The Playboy Club”), Lily Cardone, Grace Chapman, Raine Brown, Jeremy King, and Joe Davison. 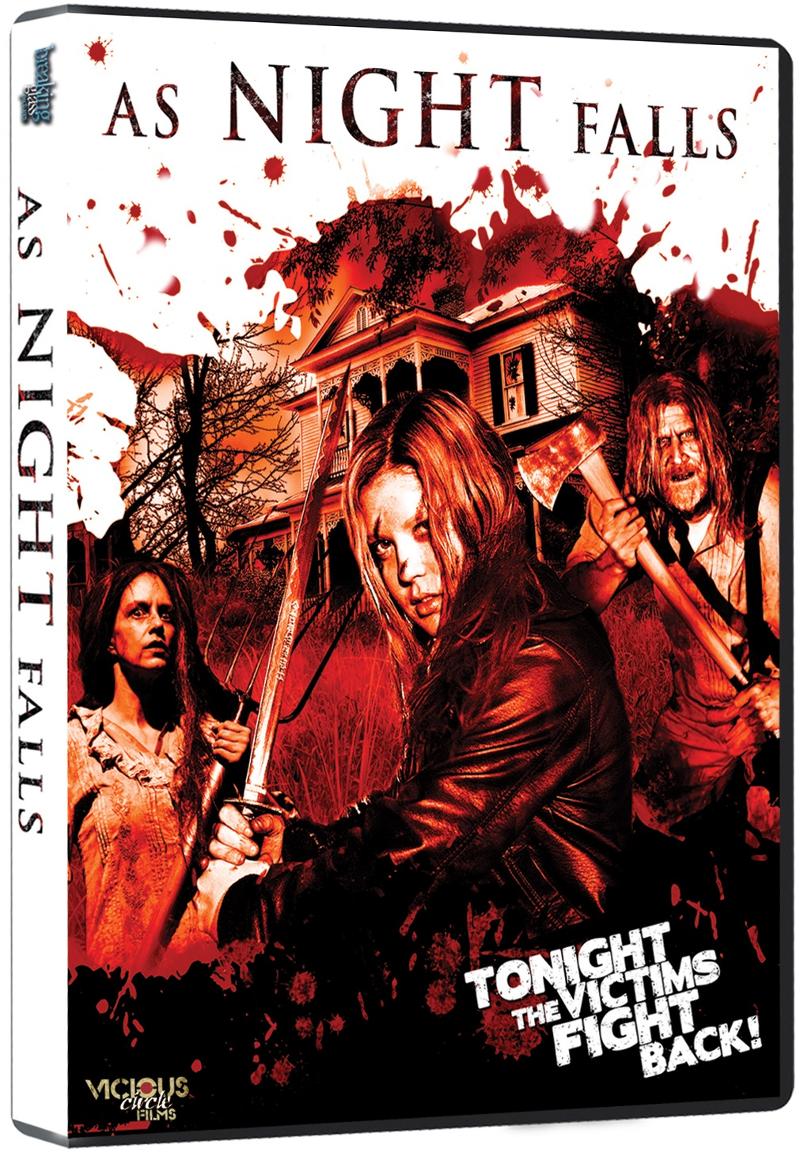 10-year old Amelia’s parents have decided it’s time for her to go to sleep permanently, leaving her broken body in a shallow grave. Fifty years later, Mommy and Daddy are back from Hell, intent on wreaking the same deadly discipline on anyone not in bed by sundown. Sisters Holly and Elizabeth are losing their minds, and their friends are losing their heads. Something evil has crashed the party, but no one knows what they are fighting. When the girls’ brother, Charlie, arrives, he completes the family group and the kids start to find out what firm parenting really means.