A Grim Becoming follows Raphael, a young and bitter executive who is on the verge of losing a multimillion dollar architectural deal with a large distribution company lead by the awkward Stanford brothers. Raphael suffers a sudden death in his family and has to immediately leave to go to the funeral in his home town of Metzburgh. Seeing this as his big chance to get ahead is Wayne, a jealous co-worker who is in competition with Raphael. As Raphael returns to Metzburgh, he experiences a life changing event: witnessing a Grim Reaper taking a soul. This sighting results in Raphael becoming a Reaper and having to explore his own conscience and the lengths he will go to get his own life back. But Death or as he likes to call himself “Magoo” has other plans for the naive young executive. The film stars star Raphael (Brandon Williams), Melyssa Jade (Carrie), Devanny Pinn (Jamie), Jessica Cameron (Life), Magoo (Michael Sciabarrasi), Bill Oberst Jr. (Phill Looney) Melantha Blackthrone (Meryl Looney), Lynn Lowry (Mother) and Ocober (Aryn Fitzgerald).

DefTone Pictures Studios Inc has once again embraced the great talent of Western New York and many local actors and actresses round out the cast of A Grim Becoming.  Patrick Mallette (Father), Melyssa Jade (Carrie), Mike Sarcinelli (Lance), Christopher Brechtel (Mick), and Aryn Fitzgerald (October) all have significant roles in the film.

Currently in preproduction with the working title of “Punished” is DefTone Pictures Studios Inc’s newest feature.  Fred Williamson, best known for roles in Dusk Till Dawn and the Black Cobra series, is in talks to star in the new grindhouse film.  DefTone Pictures Studios produced Black Guy on a Rampage (2012) which was a series of three short films focused on one man’s war to seek vengence on a crime lord for the death of his son. Originally starring Alexander Sloan McBryde, the story is currently being reworked by the original writers to craft it into a full length feature film which would begin filming next summer 2014 called “Punished”. The reinvisioning of the story would be directed once again by Adam R Steigert. [Attached is a picture of director Adam R Steigert and actor/director Fred Williamson aka “The Hammer”]

Check out the video diaries of the film 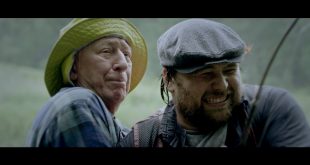 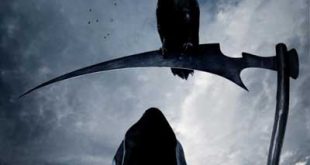 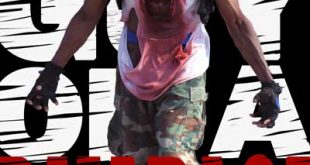