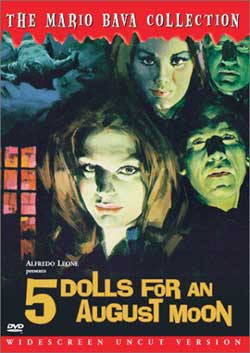 Industrialist George Stark invites a small group of wealthy friends to his private island for a weekend of relaxation and light business. He wants them to meet the brilliant chemist Gerry Farrell who has invented a new chemical process. Against his wishes, Farrell is engaged in business discussions revolving around millions of dollars worth of investment. As each of the potential investors goes behind each other’s back, fear and mistrust grow, particularly once the guests begin turning up dead.

In addition to being one of the best-selling books of all time, Agatha Christie’s And Then There Were None (also known as Ten Little Indians) is among the most imitated literary works. From film and television to stage and radio, the story has been adapted countless times – both officially and, more commonly, unofficially. There have been several successful horror and thriller movies that utilize its story structure, including the likes of Friday the 13th, Devil, Identity and Harper’s Island. 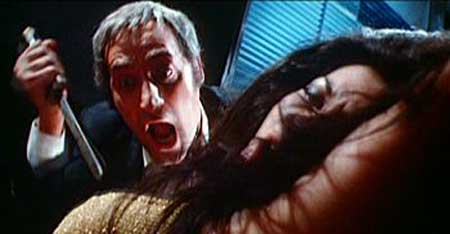 Mario Bava put an Italian giallo spin on the familiar story in 1970 with Five Dolls for an August Moon (also known as Island of Terror). The film concerns a group of wealthy friends who gather on a private island belonging to industrialist George Stark (Teodoro Corrà). One of the guests, Gerry Farrell (William Berger), is a scientist who has developed a revolutionary new formula for an industrial resin. The other businessmen are eager to purchase the formula, offering him as much as $3 million, but Gerry refuses.

The environment becomes increasingly tense as the guests begin to turn up dead, one by one.
There’s something darkly humorous about the surviving people bagging and hanging each of the dead bodies in a walk-in freezer. The off-kilter tone is matched by Piero Umiliani’s emphatic score, which often sounds out of place yet somehow works well.

The downfall of Five Dolls for an August Moon is its lack of character development. These types of whodunit mysteries rely on the audience caring about each person involved in the story. With Five Dolls, on the other hand, the viewers barely learn half of the characters’ names, let alone familiarize themselves enough to feel any impact upon their death. As a result, the suspense is minimal, while plot becomes confusing at times and borders on incoherent at others.

Bava’s contempt for the material may have been a reflection on his role as a director-for-here. He was brought in at the last minute and, therefore, had little creative input. (He did, however, edit his own work for the first and only time.) A majority of the death scenes occur off-screen, which is unusual for Bava and likely a result of the production’s rushed schedule. 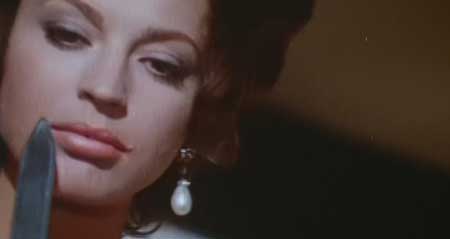 The movie is beautifully shot, as expected from a Bava picture (working with his regular cinematographer at the time, Antonio Rinaldi). It features one of the most gorgeous shots of Bava’s career; a spilled display of glass orbs cascades through rooms and down a spiraling set of stairs before landing in a bathtub containing a dead body. There’s an emphasis on blue tones, and the film’s many zooms and focus pulls add to the dreamlike nature. There’s also an impressively fluid Steadicam-style shot, created before the technology existed.

Five Dolls for an August Moon’s visual mastery can now be experienced in high definition, courtesy of Kino Lorber. The Blu-ray was mastered from a 35mm negative of the English-language version. (Since the actors spoke several different languages – Italian, French and English – there is no real original-language cut of the film, although an Italian version was previously available on DVD.) The disc also includes a new audio commentary by film historian Tim Lucas, which is among his most educational contributions to The Mario Bava Collection, as well as Bava trailers. 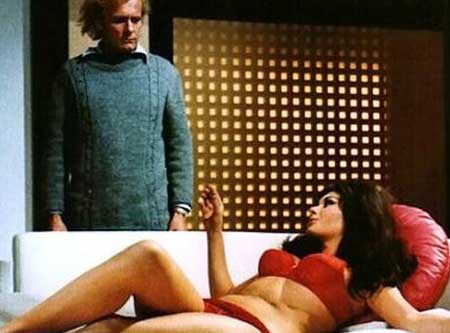