You’re Next has descended upon audiences providing screams, laughs and mayhem. Co-hosts Doc Rotten, Dave Dreher, Santos (The Black Saint) Ellin Jr., Thomas Mariani and Vixen recap and review the  film with Thomas declaring it an instant cult classic. We also have Alan Tuskes, one of the FX artists on You’re Next, on board with the inside scoop on the gore and make-up. Dave fires up the crypt-keepers with the horror news of the week and Doc has the winners of the latest contest.

0:02:24– Interview with Alan Tuskes, FX artist on You’re Next
This week we have an Interview with Alan Tuskes who, along with Lino Stavole and A.J. Venuto, is responsible for the make-up FX in this week’s horror flick, You’re Next. Alan shares his experience with the film, how immediate the effects were and the challenges they faced. Alan is from the Kurtsman Instintute, www.kurtzmaninstitute.com, and the Creature Corps FX studio, www.creaturecorps.net/.

0:31:52- You’re Next recap and review
You’re Next is an insane mix of Friday the 13th with The Strangers with Motel Hell. It is a terrific audience participation film and the grue-crew are here to share their reaction to the movie.  Sharni Vinson makes for one of the more incredible and exciting final girls in horror in years. Director Adam Wingard and writer Simon Garrett have a cult classic on their hands. In a rare event, the entire cast of hosts on HorrorNews.Net podcast all agree on You’re Next. Listen to the podcast to find out why.

0:58:03– Horror news of the week
Dave Dreher’s horror news of the week begins with news of the first sign of the Apocalypse. That’s right HorrorNews.Net podcast co-hosts Doc Rotten and Santos (The Black Saint) Ellin, Jr. joined forces to appear at the same location, at the same time. Somehow, the world survived and everyone at The Grandin Theater in Roanoke, Virginia got to see the premiere of Plan 9 from director John Johnson. Next up, Vixen goes postal on the crew when Dave brings up the casting of Ben Affleck as Bruce Wayne as Batman meets Superman in Man of Steel 2. Next up is discussion about the opening credits for American Horror Story secretly revealing the story lines for each season according to show creator, Ryan Murphy. Scream Factory is releasing two John Carpenter classics: Body Bags and Assault on Precinct 13. Last up is news that Horror Starlets Cerina Vincent, Brook Lewis, Anne McDaniels and more are teaming up with Bowling for Boobies to raise money for breast cancer awareness.

1:27:43– Announcement: Contest winners for one of 3 copies of the Absence Blu-ray
It is time to announce the 3 lucky winners of the Absence Blu-rays. The contest promoted heavily on the HorrorNews.Net Podcast Facebook group (www.facebook.com/groups/HorrorNewsNetPodcast/) asked interested parties to complete the poll on the following question: What is your favorite Found Footage horror film? The surprise winner of that poll was Trollhunter! Here is the synopsis of the film, Absense: “Expectant mother Liz wakes to discover that her unborn child has disappeared overnight. She travels to the mountains with her husband and brother to escape the attention of prying neighbors and police – and to try to make sense of what happened, where they realize that their ordeal is not yet over.” Congratulations to the three winners: Joan Sherwood, Oliver Sloan and Mikie Michelle. 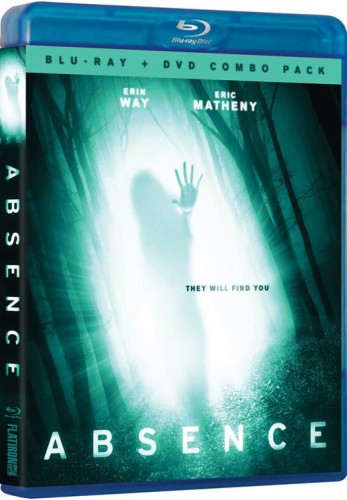 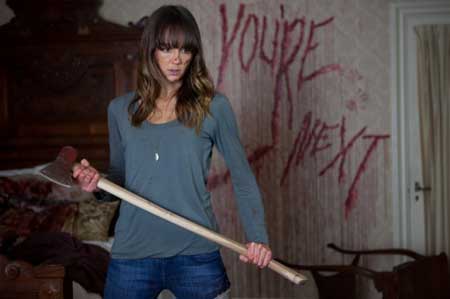