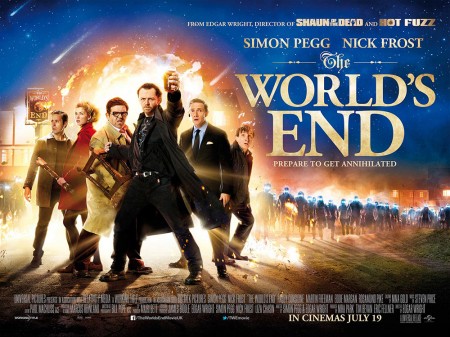 Okay, folks, I’m going to try something here. I hope you’ve seen The World’s End by this point. You have, haven’t you? The last entry in Edgard Wright and Simon Pegg’s Three Flavours Cornetto trilogy? You really should see it. It’s a good time. Also, I’m about to spoil the ever loving shit out of it in a moment here, so I suggest watching the movie first. I don’t think this entry will go anywhere in the meantime.

For those that have seen it, I have a theory about it. It’s worth noting that I’ve made a point to not look anywhere on the interwebs for fan theories because I didn’t want to be tainted or affected by other points of view just yet. Who knows, maybe everyone got this shit down already and I’m just as much of a self important tool as the voice in my head keeps saying I am every time I post something here. Also, I’ve only seen the movie once and have not had a chance to fully vet my ideas. They may be crap.

Here’s the theory: All of the events of The World’s End, following the initial jaunt down memory lane and circle therapy session, are a series of delusions leading to a complete and voluntary psychotic break on the part of a man who could not deal with the fact that his life never go any better than one night as a teenager.

We know Gary King has been institutionalized.  This is made clear from the group therapy and the eventual reveal of the identification bracelet. No doubt. No question there.

It struck me as a bit odd that Gary still had the exact same outfit from that night as a teenager. The same shirt, jacket, pants, necklace and even sunglasses. All of them in perfect condition. And they still fit. I could see him holding onto these relics of his once great past, but your body changes too much as you get older and clothes just don’t hold up that well.

The lives of all of his friends are limp caricatures of adult life, with no real valuable details to them. They work nameless corporate or sales jobs and never mention anything about the wives and children they say they have. These aren’t real people, they’re dress up dolls. A bit odd, coming from writers known for creating honest and rounded characters.

Those details are what first made me doubt the reality of what I was watching, even within the context of this fictive universe.

Then we have the basic driving element of the plot: an invasion of alien robots, made to look just like us and take over our lives so that we can act more civil as a part of the larger galactic society. They all seem the same in too many ways. They don’t seem to be having fun anymore. They’re just emptily going through the motions of life, filling a bland role that was decided for them by someone else. Everyone who has not been taken over by them is trying desperately to fit in or looks positively mental. And, if you do not choose to act properly (by their definition of the word), then they will forcefully reeducate or replace you. It’s worth noting that the conversion process appears to take place via an attack on the head. 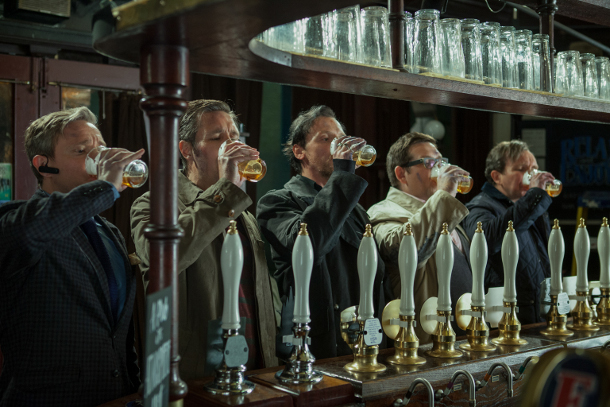 I can’t tell you how many times I spent with people describing their parents and other adults in nearly the same terms when I was a teenager.

Once we realize this grand conspiracy, we see Gary’s friends being subverted, converted around him. They’re changing from the hip, free guys he knew back in the good old days into these empty robots that refuse to admit that they are robots. I also think the ones who don’t change are pointed: the best friend whom he nearly killed (I’m concerned that dear Andy may not have survived that accident) along with his presumed rival and the girl he walked away from so long ago. These are the ones he desperately wanted to believe could never really change. That had to stay free, to stay young, like him. 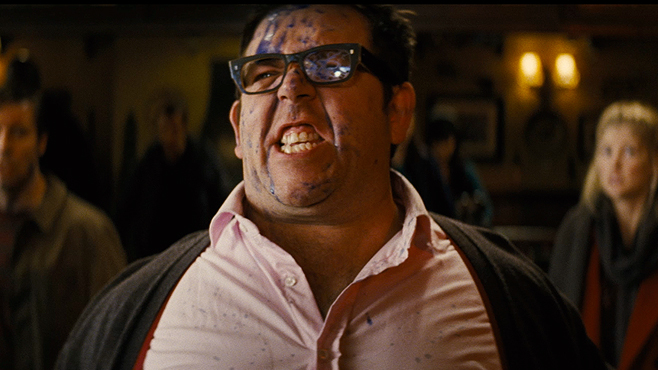 Then there is the great shiny voice at the end. Calm. Reassuring. Telling him that everything they are doing is for his own good. That these changes are needed to be a part of the greater, civilized society and that those who take part are note, as he believes, slaves. Anyone who has laid out on the couch or sat across a desk from a psychiatrist or psychologist or psychoanalyst knows that voice.

Finally, that voice gives up on him. He has chosen to be Peter Pan. To stay young forever and live in an idealized post apocalyptic fantasy land where all of the civilizing elements have been removed. Where his best friend reveres him and tells stories of how he freed them all. Where he roams the countryside, now as a rebel on the other side of the fence (always the rebel, always fighting the good fight against the main grain) with the posse of his youth behind him.

I’m kind of curious if we’re meant to picture him out in society, acting out these fantasies and possibly murdering decent swaths of the citizenry in the process, or locked up in a cozy soft room, pumped full of the best drugs public services can provide. All the same, I don’t think that matters to the story being told.

The thing that throws a wrench in my theory is the repeatedly explained definition and etymology of the term “robot”. I have a tough time swallowing that a hard partying lout paid enough attention in class to learn that. However, I could see a therapist repeatedly telling him that, hoping to use the information to pull him back from his fantasies and ground him in reality. 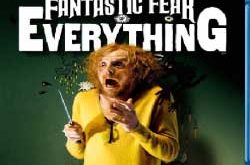