Things Get Explained In This New Featurette For INSIDIOUS CHAPTER 2

The second feature in THE SUMMER OF WAN is fast approaching. I’m talking about INSIDIOUS CHAPTER 2 and like the rest of you lovers of all things scary, I can’t wait to check this one out. Sept. 13th brings the release but today I have for you a nice little featurette in which director James Wan and writer Leigh Whannell talk in depth about what we can all expect in this much anticipated sequel.

The famed horror team of director James Wan and writer Leigh Whannell reunite with the original cast of Patrick Wilson, Rose Byrne, Lin Shaye, and Ty Simpkins in Insidious Chapter 2, a terrifying sequel to the acclaimed horror film, which follows the haunted Lambert family as they seek to uncover the mysterious childhood secret that has left them dangerously connected to the spirit world. 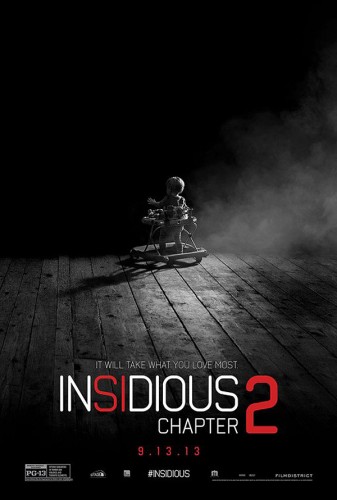