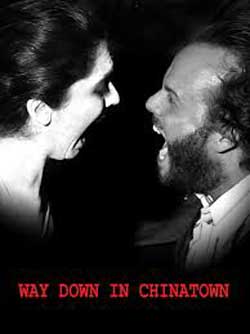 A writer and director couple aspire to produce a play despite the world slowly coming to an end around them.

Way Down in Chinatown is a rare film that isn’t easily categorized into one specific genre. Surreal, impressionistic, and irrevocably bizarre, Kochmer’s artistic approach to the eccentric is reminiscent of a David Lynch expose. Shot in black and white, the imagery is haunting, ethereal and often foreboding. Many of the images accentuate a steady rising sense of dread and unease. 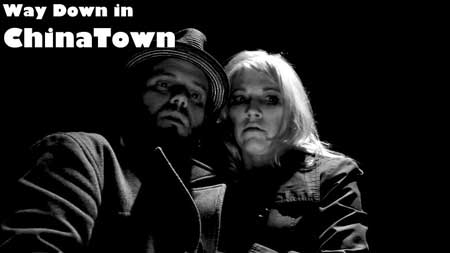 Stephanie Sanditz who plays the role of Jessica Mitchum steals the show displaying a wide array of emotion. Channeling immeasurable energy she owns her character rendering the audience glued to the screen to see what lurks behind the next corner of oddity. It’s an extra added bonus Sanditz is esthetically pleasing unto the eye luring in the male, testosterone fuelled demographic and likely a good portion of the female persuasion as well.

The soundtrack is equally strange but a good fit for this production. Countless renditions of Good Night Irene are unleashed haphazardly and somehow became the theme song of the film. It becomes eerie and creepy after sometime and a solid indicator what may lie ahead. 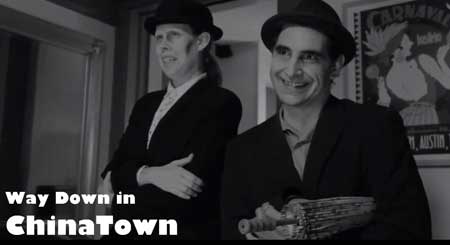 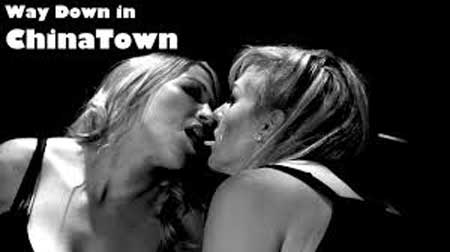 A very modest budget was used to create this film yet it far from effects the integrity of the production. After the world begins to crumble and collapse around them an ear piercing shrill can be heard as a beckon to claim the latest soul. It’s a difficult sound to sustain but a necessary evil to fully illustrate the intensity of the victim’s demise. While the screen pulsates and glows a blinding white light the viewer is privy to the next sense of disaster.

The symbolism of the worm is powerful and as diverse in interpretation as the beholder of the perception. It could signify greed, lust and the perpetual writhing through the dirt of society. One thing is for certain, director Kochmer sets up a great deal of slack for the audience to arrive at their own conclusions. Many film goers will be tempted to watch a second, third and perhaps forth time to broaden their noir perceptions.

The cast of characters are chilling, eccentric and are much like a Salvador Dali portrait in moving contrast. We don’t entirely understand what motivates the antagonist or protagonists. Yet we remain fixated with gaze unfaltering as we strive to see what transpires next.

Plot escalation takes an alarming detour with still photos and a narrative that is shades of Vincent Price’s heyday. It’s an abstract segue providing exposition of the Armageddon and the worm. It’s clear Way Down In Chinatown isn’t for everyone. Film buffs are best advised to check your expectations at the door and keep an open mind. Most will be delightfully unnerved and surprised.

Four out of Five tombstones