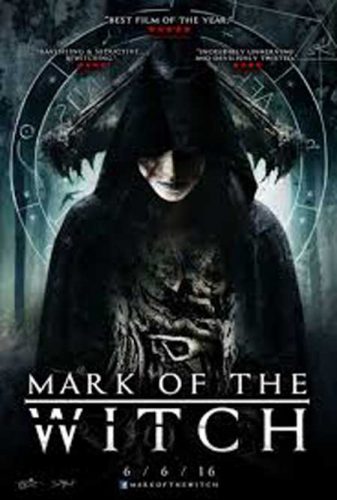 A beautiful young woman is driven into a dark underworld of demonic possession, desire, and extreme indulgences when she learns she may be the devil’s kin.

If there was one thing that could make me squirm in a movie, whether horror or not, it would be pointy things poking through the human body. It doesn’t creep me out so much as it both disgusts me. On the other hand, you have cults and cultish rituals. Those things creep me out. I’m fascinated by them, but there are always chills crawling down my spine when something of that nature happens. It’s the one subsection of horror that will bring some sort of fear to me. I’m not sure why. It just does.

Mark of the Witch started with a ritualistic birth as a cult brought a baby into the world. We quickly jumped 18 years into the future as Jordyn (Paulie Rojas) celebrated her birthday with her aunt Ruth (Nancy Wolfe), her roommate Kym (Lillian Pennypacker), and her boyfriend Donny (David Landry). Things took a turn for the worse as Jordyn began experiencing evil manifestations. She tried to resist the temptations of these forces.

The movie began with the cult aspect. There were a bunch of mysterious figures in black robes performing a ritual as a woman gave birth. The robes covered their entire bodies. They had no faces and the robes came to a point above their heads. The facelessness of the cult members gave the impression that anyone could be under the black fabric. Your family, your friends, or your coworkers could be in the cult. There was no way to know since their faces were hidden. It was mysterious and creepy.

Jordyn’s story throughout Mark of the Witch was the result of the opening scene. Her life was affected by the actions of the cult. Their influence manifested around her as she navigated her job and social life. It was a decent story. Jordyn tried to keep her sanity while her life fell apart. It is a good metaphor for people whose lives are changing and their struggle to stay together through the change. This idea is very relatable.

Not so relatable were the visuals. Mark of the Witch was presented in a high contrast form, with the colours being bright and the darks being extra dark. The difference between the two was extreme. It gave the movie a distinct look that felt right for the material. The contrast was fitting for the dark story being told. It was comparable to what you would think of when imagining the seedy underground of a city like Las Vegas. It was darker than dark with the bright colours coming into play like the neon lights of motels.

The movie itself was kind of boring. Though the cultish aspects can be creepy and the metaphorical side of the story was relatable, the movie lacked good tension building or action to keep the interest up. There were tense moments, to be sure, but many of them were undermined by the moments that were unseen. Much like what the main character experiences, there were black spots in what she does that the audience wasn’t privy to. It fit with her losing moments of consciousness to some other force. However, it doesn’t make for captivating viewing. Unless there is going to be some sort of investigation into what happened during these moments, it leaves a movie feeling like there was a wasted opportunity. One of the first rules of storytelling is to show, not tell. This movie told the audience about these moments without showing what happened. 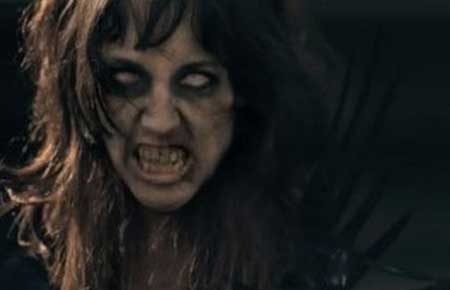 Mark of the Witch could be a lot worse than it was. The upsides were good enough that they held the movie together and made it watchable. The downside was that what was shown wasn’t all that entertaining. It was a decently made movie that didn’t bring any excitement to the table. Cultish ritual stuff still creeps me out though, so it was a success on that front.