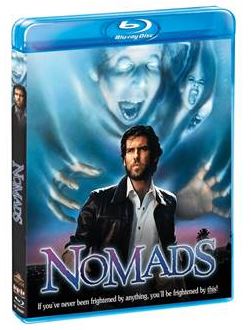 A French anthropologist moves to Los Angeles and is followed by the evil spirits of an extinct tribe he once uncovered.

Nomads is a strange concoction of surrealism, often involved with the supernatural but deeply rooted in the ‘80s punk and bad-boy scene. Directed by John McTiernan (who directed Predator Flax (Leslie-Anne Down) who cares for a seemingly mentally ill patient down by the beaches. He raves in French, he cuts her face, and he whispers a line in her ear before he eventually dies on the table. That madman, she later comes to find out, is Jean Charles (Pierce Brosnan), an anthropologist who moved to Los Angeles to settle down with his wife after being in the wilds for most of his life.

After Flax is involved in her altercation, she begins to see Jean Charles’ past. She stumbles around, both in the present and in the past, watching as Jean Charles begins to fall into a crazy spiral after he sees a bunch of hoods in black leather stalking him. Eventually she sees them herself, supernatural beings known as the inua that are nomads, wandering around with no home.

The setup of Nomads is fairly unique, and it’s probably the biggest draw to the film. Once Dr. Flax has her encounter with Jean Charles, the film’s point of view begins to shift towards Jean Charles – her visions become the burden of the film and we begin to shift reality because of it. The movie does some time-hopping here and there, bringing us back to reality to show the consequences of what Dr. Flax has done, but for the much of the middle portion of Nomads, it is Pierce Brosnan who stars. 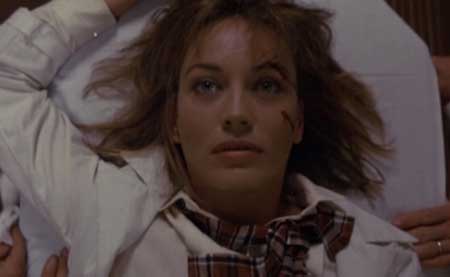 And yes, he does deliver. He delivers a great French accent, an awesome beard, and a nearly full-frontal scene, although most of it is in the dark. Brosnan’s early role is quite good, and for a moment it’s difficult to recognize him at all until the facial structure clicks.

The inua myth is dealt with piecemeal, and at first it seems as though Jean Charles is just being stalked by some average teenagers who are out for some mischief. But as he investigates with his camera – sometimes taking pictures of Dancing Mary (Mary Woronova) as she rocks out to Ted Nugent’s soundtrack – he finds that these people never sleep, they never stop, and they don’t have a home. They’re nomads, and they’re spirits that come from a tribe Jean Charles once studied. 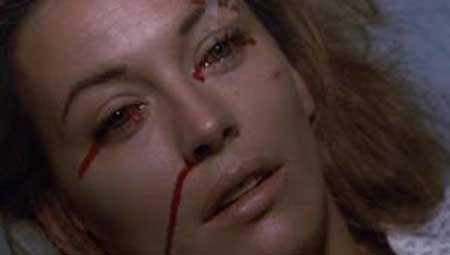 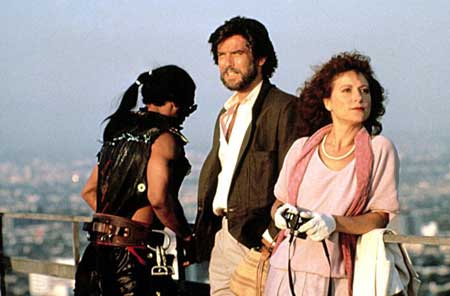 However, Nomads doesn’t spend enough time developing the inua. The punks who supposedly play the spirits aren’t entirely threatening; they have a goofy air of the ‘80s around them with their dark leather jackets, and they eat apples with switchblades for one generic stereotype of what punks looked like in the cities. It’s interesting that McTiernan didn’t try for spirits in the more traditional sense, because Nomads often does generate tension in its slow movement. A church scene involving a bunch of nuns is downright creepy, although the film never explains why this event even happens. 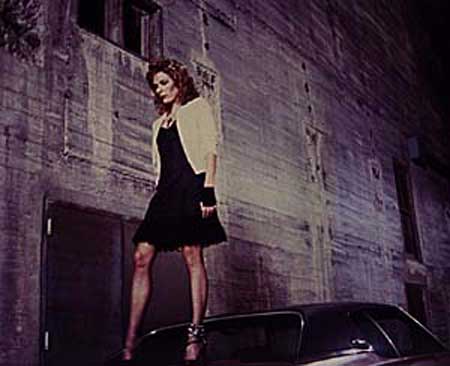 That’s the main problem with the film, though. Nothing comes together right. There’s a lot of exposition throughout Nomads, but once we lost Jean Charles’ narrative towards the end of the film, things start to get really hairy. There’s a question of why Dr. Flax had these visions in the first place, of how Jean Charles transferred the inua spirits to her, and why they leave her alone after they attack her in a house. The surreal qualities work throughout the film, but when they’re left as loose ends, they simply don’t make sense. 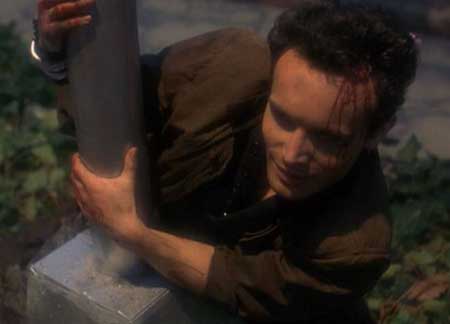 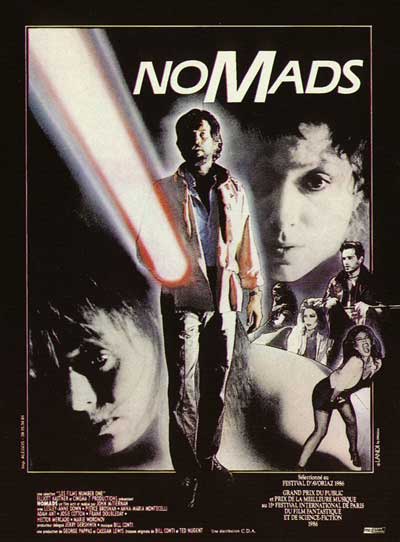 Nomads wanders throughout its course, and it never really decides on a place to stop. That’s why it feels incoherent and inconsistent in its finale; the initial premise isn’t set up well enough for the audience to understand all of the facets of the inua myth. Though the film is eerie at times, the leather jacket look of the spirits doesn’t capture much terror, making Nomads an ‘80s horror film that’s still looking for a cult home.